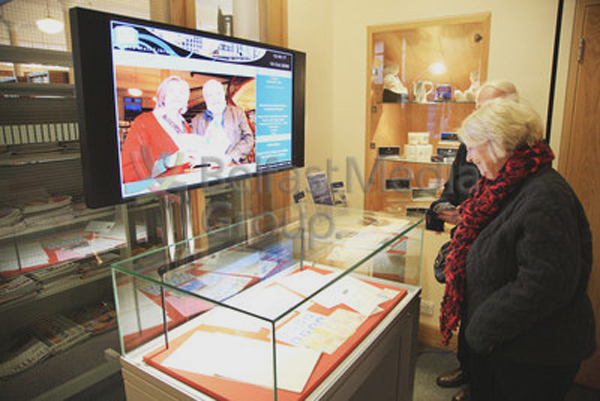 THE Linen Hall Library has been awarded museum status in what is a major honour for the local institution.

The Arts Council England in partnership with the Northern Ireland Museums Council has awarded the accreditation to three of the Library’s collections: Burns and Burnsiana, which is the largest collection of Robert Burns material and ephemera outside of Scotland; the Northern Ireland Political Collection, which contains some 350,000 items relating to the conflict; and Belfast and Early Provincial Printed Books, an extensive catalogue of titles which includes the oldest book printed in Belfast.

“This is wonderful news for the library,” she said We have put an enormous amount of effort into the preparation for this award, and it’s hugely satisfying that all of our hard work has paid off.

“The award will propel the Linen Hall into a new stratum of international recognition and give us much-needed access to new funding streams.”

The Linen Hall Library was founded in 1788 and has a storied history in the city, counting among its former librarians United Irishman Thomas Russell.

The library has been in its current location facing the City Hall since 1802. The news comes just weeks after President Michael D Higgins made an official visit to the library.

“The Linen Hall Library is an immensely valuable repository of Irish thought, literature and history which comprises a fine collection of printed books from early Belfast and Ulster, as well as many other treasures, such as many first editions of the work of Seamus Heaney,” he said.

“Harbouring as it does about 250,000 items in the Northern Ireland Collection, this library is also an incomparable archive of what is often referred to as the Troubles.

“When I say that this library is a repository of Irish culture, I am not suggesting this in any passive way. Libraries are places of intellectual awakening. They are never just shrines for the worship of books, but they are, to use Socrates’s metaphor, the ‘delivery room for the birth of ideas’.

“From its very foundation, on the 13th of May 1788, the Linen Hall Library has been a catalyst for thought, a place where ideas were born and debated, founded as it was by a group of ‘worthy plebeians who would do honour to any town’ – the Belfast Reading Society.”

“The Northern Ireland Museums Council would like to congratulate the Linen Hall Library on attaining full museum accreditation. We are delighted to have been able to support the library throughout the process, and this award is a reflection of all of their hard work to meet the standard. They are a welcome addition to the 43 already accredited museums in Northern Ireland.”

The Accreditation Scheme sets out nationally agreed standards for museums in the UK. It defines good practice and identifies agreed standards, thereby encouraging development. It is a baseline quality standard that helps guide museums to be the best they can be, for current and future users.