Linfield paper over the cracks 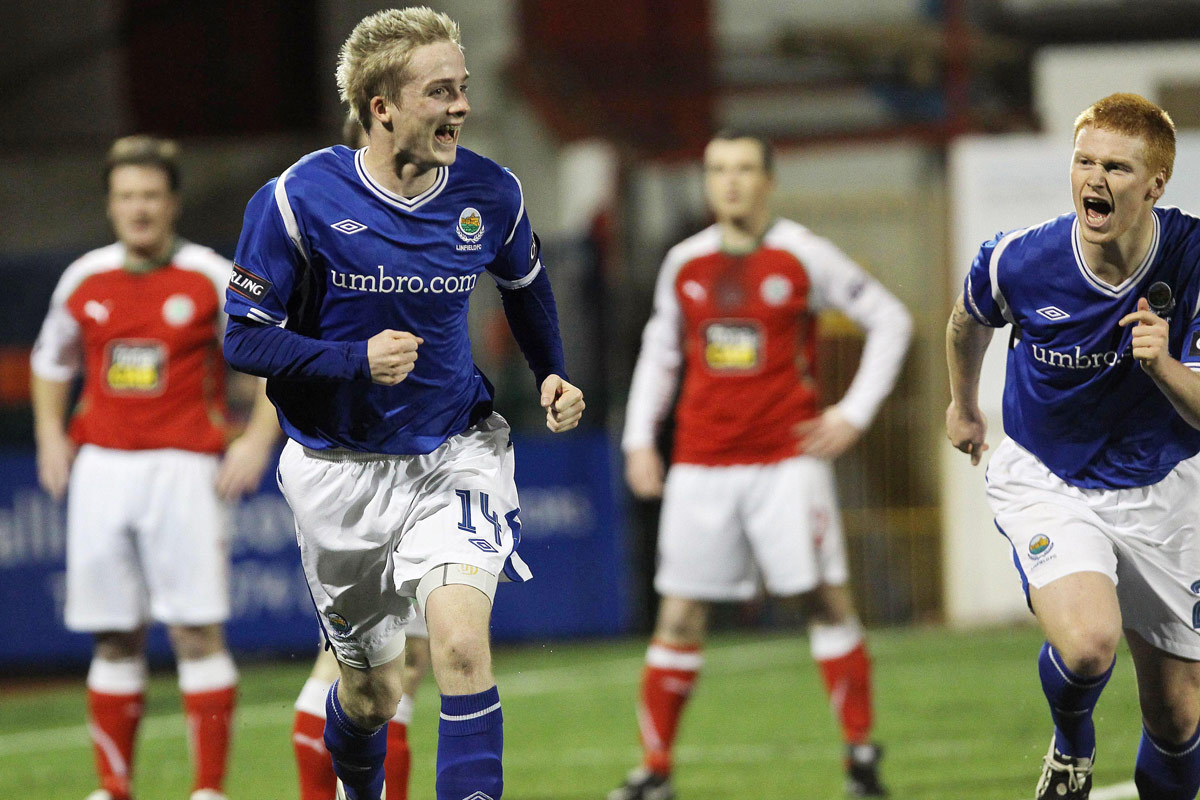 An unconvincing 1-0 home win over Dungannon Swifts moved Linfield five points clear at the top of the Carling Premiership table, and also brought a turbulent week for the club to a close.

Aaron Burns’ strike just after the hour mark, coupled with Portadown’s defeat at home to Cliftonville, put the Blues in a commanding position at the top of the table having also played a game less than their main title rivals.

Despite this the past seven days will be remembered for all the wrong reasons. Last Wednesday night Linfield fell to their heaviest defeat in 19 years as they crashed out of the County Antrim Shield 6-2 at Solitude.

There can be no complaints about the outcome as Cliftonville marched on to the final to take on Glentoran (who easily disposed of Lisburn Distillery 5-1 in the other semi-final).

It has now been five years since the impressively sized shield was hoisted into the air by a Linfield player as the Blues so-called ‘Mickey Mouse’ trophy drought continues. Their disappointing performances against Ballyclare and Glenavon in the League Cup eventually saw them eliminated at a relatively early stage.

This means that even though we’re only at the tail-end of October, Linfield can only go on to win two trophies – the Irish League and Cup, with a potential ‘double’ for the sixth time in seven years. And, who would bet against David Jeffrey’s side doing just that?

There continues to be calls for the Shield competition to be scrapped, along with its other regional counterparts the North West Cup and the Mid Ulster Cup due to low average attendances signifying little local interest.

On the other hand, it does give some of the ‘smaller’ clubs a chance of some silverware and the opportunity to ‘get one over’ on their local rivals.

Try telling the 1,000 or so Cliftonville fans who attended Wednesday’s match that it didn’t matter. For the meantime at least, it appears that the Shield will not be going in the same direction of some of its fallen comrades such as the now extinct Gold Cup and Ulster Cup.

The Blues did bounce back from their midweek capitulation three days later but the three points obtained at home to a struggling Swifts side failed to sufficiently paper over the cracks.

Linfield struggled throughout and failed to string more than two or three passes together, often resorting to playing long, aimless balls up the pitch.

The game certainly wasn’t one for any football ‘purists’ out there and the half-time whistle was met by a chorus of boos as the home fans voiced their displeasure.

Credit must go to Dungannon who set their stall out well.

It took until the 63rd minute for Linfield to break them down – Aaron Burns hitting home a half-volley after Morgan had tipped away a firm Patterson goalbound header.

It was somewhat fitting that Burns got the goal, he was one of the few players to shine and is arguably the player of the season to date.

It looked as if that would be that but the home team survived an almighty scare with five minutes left on the clock when stand-in goalkeeper Addis failed to deal with a long ball into the box as he was beaten to it by striker Johnny Topley.

His effort agonisingly hit the post before rebounding to safety. Addis had replaced Blayney in nets after the first-choice goalkeeper had picked up an ankle injury in midweek. Garrett hit the post in injury time for the Blues as they nearly made the scoreline a lot more routine than it actually was.

The five-point cushion was established as Cliftonville continued their good form at Shamrock Park picking up another three points.

The month of November has in recent times been labelled ‘Movember’ in reference to a moustache growing charity event that aims to raise funds and awareness for various diseases.

Linfield players and several members of the coaching staff, have joined in this year, as they aim not to shave their moustache, or other facial hair, for the entire month.

They are supporting the bowel cancer UK charity and this selfless act is to be commended. Sponsor and donation forms are available in Linfield superstores and there is also an opportunity to donate at the club shop and through the Linfield website.

Earlier this week it was confirmed that Linfield will be wearing special ‘poppy edition’ shirts for their home league match against Coleraine on Saturday 12 November.

Only 16 copies will be produced for the match, and these will be auctioned off to the highest bidders after the game, with all proceeds after costs going to the Royal British Legion Poppy Appeal.