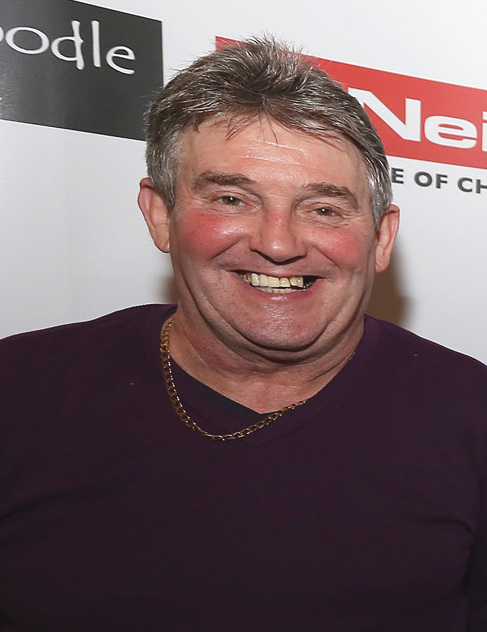 The 69-year-old is understood to have suffered a heart attack at his home.

A three-time Cochrane Corry Cup winner with Malachians in the 1970s, O’Rourke was a popular and well-respected figure in North Belfast.

Although he spent most of his playing career with Malachians, he did play a few times for their neighbours and even helped out with coaching duties during the early years of the club, who were then known as Jubilee Olympic.

“I first met him in the early 80s and he played for Malachians when I was playing for Jubilee,” said Burns.

“He’d often remind me that they won the Cochrane Corry three times! The likes of Pat Finucane, Terry McKillop and Matthew Burns played on that Malachians teams – they had a very strong side back then.

“He played a couple of games for ourselves later on and he helped out with management at times as well.

“We’ve been going away for the last 20 years together with what we call the ‘Newington Old Boys’  - a crowd of 10 or so would go to different parts of Europe. We were due to head to Santa Ponsa this weekend.

“He will be sorely missed. He was a real character. He was one of those people who would light up a room when he walked in, he would get everyone going.”

Echoing Burns’ views, Newington posted a tribute on their Facebook page which read: “It was with great sadness that we learned of the passing of Martin ‘ Sucksie’ O’Rourke. ‘Sucksie’ was a close friend to many of our members, past and present, and will be greatly missed by all who knew him. Our thoughts are with Martin’s wife Eileen and his entire family circle. RIP.”

“On Friday, April 3, learned the really sad news of the untimely death of ex-Mals player Martin O'Rourke,” the statement read.

“Nicknamed ‘Sucksie’, Martin was an excellent attacking full-back in the great Malachians team of the mid-70s.

“Unfortunately due to the pandemic we will be unable to attend Martin's funeral to pay our respects, but on behalf of everyone connected with Malachians FC we want to express our sincerest sympathies to Martin's wife Eileen, his family and friends. “A great footballer, a lovely man who always had a smile on his face. RIP Martin.”