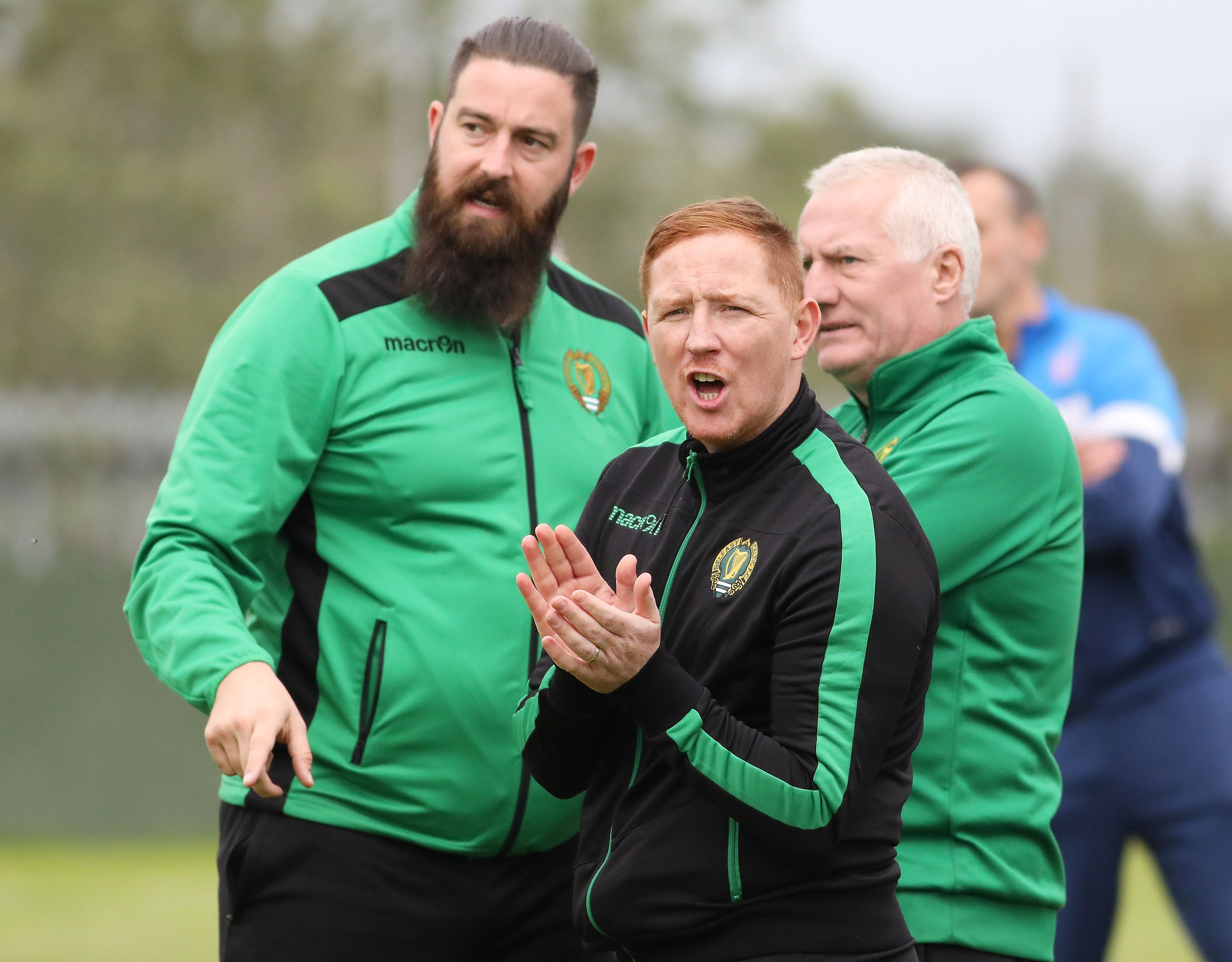 THE local soccer season kicks-off this Saturday as the Ballymena and Provincial League gets underway following a shortened 2019-20 campaign due to the Covid-19 pandemic.

The action then ramps up next Saturday with the opening games in both the Co Antrim Shield and the Steel and Sons Cup before the Irish League season gets underway on Saturday, October 17.

The fixtures for the Northern Amateur Football League are due to be confirmed in the coming weeks following Donaghadee Football Club’s failed bid to have the IFA’s decision to curtail the 2019-20 NAFL season overturned.

Dunloy FC are the defending Ballymena and Provincial Intermediate League champions after being awarded the title after the league opted to use the controversial points per game formula to decide the final standings.

The North Antrim side were unbeaten up to early March when the pandemic brought football to a halt and were 21 points clear at the top.

However, both St James’ Swifts and Belfast Celtic, who finished second and third respectively, had several games in hand and had ambitions of overhauling Dunloy.

“I think we maybe need to get as many league games out of the way as possible and get as many points on the board as possible. Have a few teams chasing us instead of the other way around.

That prospect was taken out of the hands of the West Belfast sides and, looking forward to the new campaign, the managers of both sides feel the league will have to take priority over the cup competitions this season.

“With the cup runs last year, it didn’t help us out in the long run,” said Belfast Celtic manager Stephen McAlorum.

“You can’t tell the boys not to win – no matter who are you playing, you still want to win every match.

“I think we maybe need to get as many league games out of the way as possible and get as many points on the board as possible. Have a few teams chasing us instead of the other way around.

“I felt the runs we went on last year in the cup competitions were great in terms of promoting the league – but we were then punished for that.

“Dunloy ended up being crowned champions because we didn’t have enough games played. The form we were in, we would have had no problems in playing the remainder of the games.”

He added: “I could see four or five teams challenging for the league this season. There are going to be some really tough games. Some of the team towards the bottom of the league that are struggling, but the top five, top six teams could all take points from each other.”

Belfast Celtic, who begin their campaign by hosting Chinmey Corner at Glen Road Heights on Saturday (2pm), will be without the services of Jay Donnelly this season following his transfer to Irish Cup winners Glentoran last month.

It was initially agreed that the former Cliftonville striker would be loaned back to Belfast Celtic after playing for McAlorum’s side in the second half of last season.

However, McAlorum revealed that, following talks with Glens boss Mick McDermott, it was decided that Donnelly would move to The Oval straight way.

“Jay (Donnelly) was to be loaned back to us, but myself and Mick McDermott had a conversation about it and we felt that, for Jay’s own career, it was best for him to go to Glentoran straight away,” said McAlorum.

“With Glentoran being full-time and training maybe twice a day some days, it would work better for him being in that environment. He hasn’t played at that standard in a few years and it gives him a chance to get up to speed and get settled into the club.

“Being selfish, I’d had loved to had have Jay at the club this season. Ultimately, I agreed, and Mick felt the same, that this was the best thing for Jay’s career.”

The Belfast Celtic manager also stated that Stephen Beatty will miss the beginning of the new campaign following a hectic few months.

Rossa reached the semi-final of the Antrim Senior Hurling Championship before losing out to eventual champions Dunloy after extra-time. The Rossa footballers  bowed out of the Championship following a quarter-final loss to champions Cargin.

“I’ve given Stephen (Beatty) a bit of time to himself,” added McAlorum.

“He didn’t really get a break after his father passed away. He has been juggling his commitments with ourselves and his Gaelic commitments.

“We have given him a few weeks off. He is carrying a wee niggle too so it will help him rest up and get rid of those aches and pains.

“Stephen Beatty is a massive part of Belfast Celtic. He has that dedication and that hunger to win the ball back and he plays at a high tempo. He is at the forefront of our plans.”

Derby
St James’ Swifts, meanwhile, get their season underway with a derby clash against Donegal Celtic at Celtic Park (2pm).

Swifts manager Barry Johnston echoed McAlorum’s sentiments regarding the league fixtures and believes the standard of the league has improved markedly in recent years.

“I think everyone probably learned the lessons of last year, didn’t they? If your team doesn’t plan and put the league as a priority this year, it is bad management on the club’s behalf,” stated Johnston.

“I think you have to try and get as many league games under your belt before Christmas and, hopefully the same situation doesn’t happen. If it happens, we’ll be in a good position.

“The cup competitions are always something to look forward to, but I’d rather be in Dunloy’s position as league champions and not cup semi-finalists. That’s what it boils down to.

“We have to look after the league first and foremost – everything else after that is a bonus this year.”

“That’s a great bit of business from them and it shows that there is a bit of a pull now in our league and players are starting to sit up and pay attention to our league.

“In the past, it would have been shunned by players. It is going to be tough and whoever wins the league this year will deserve it because it will be ultra-competitive.”

The Swifts have bolstered their squad ahead of the new season with midfielder Fra Nolan joining from Ballymena and defender Stephen Curly moving from Lisburn Distillery.