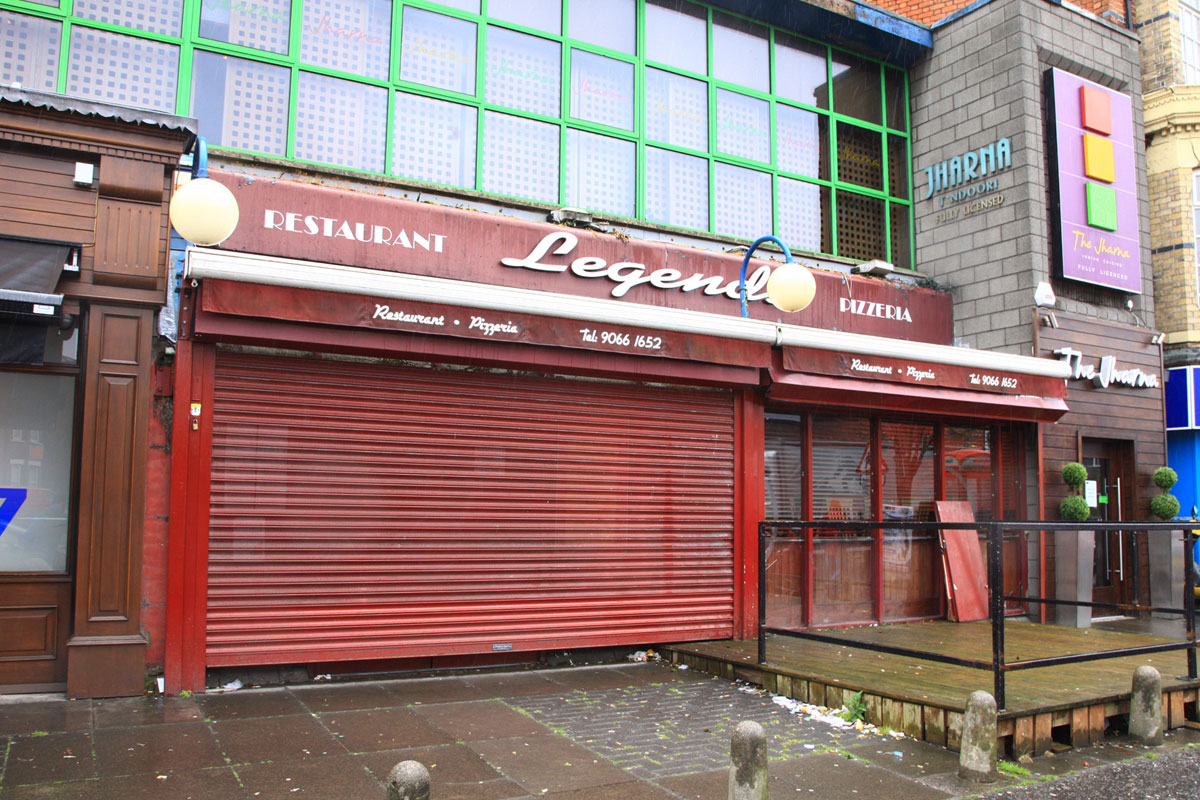 THE business community on the Lisburn Road was faced with another double whammy last week as two long running, popular establishments ceased trading.

Legends restaurant, near the City Hospital, and the Gainsborough Newsagents had traded for a combined 50 years in the bustling South Belfast area but both closed their doors last week.

Many have expressed their bitter sadness at the closures describing them as ‘Lisburn Road institutions.’

Gainsborough newsagents had a simple statement on their shutters on Monday afternoon  reading: “Dear Customer, due to retirement as of Monday 2nd April the Gainsborough Newsagents will cease to trade.”

However Mark Brown, proprietor of Arcadia Delicatessen, who had poignant memories of the neighbouring newsagent, said trading conditions had contributed to the closure.

“I remember going there as a young child getting comics and sweets. It is very sad to see a family-run business which has been there for so long to shut its doors.

“They were one of the last to have been carrying out paper deliveries which is something that is dying out. The Gainsborough also sold specialist magazines which would not have been available in other shops in the vicinity.”

Mr Brown concluded: “It just shows you the state of the economy and that so many businesses along this stretch of road are being forced to close. The Gainsborough Newsagents simply went that extra mile!”

The quirky shop was of the old style and offered a selection of newspapers, magazines, confectionary, fresh produce and dairy products. Stationary and cards were also available.

As for the closure of Legends American/Italian themed restaurant, a statement on their website simply said: “We are now closed, thank you for your support over the last 20 years. RIP Legends.”

The crowd-pleasing, bring your own eatery, very rarely had a vacant table on a Friday or Saturday night, which is why the closure has made such an impact.