THE MOTORMAN – GERRY FALOONA: Look out for outstanding finance on that car 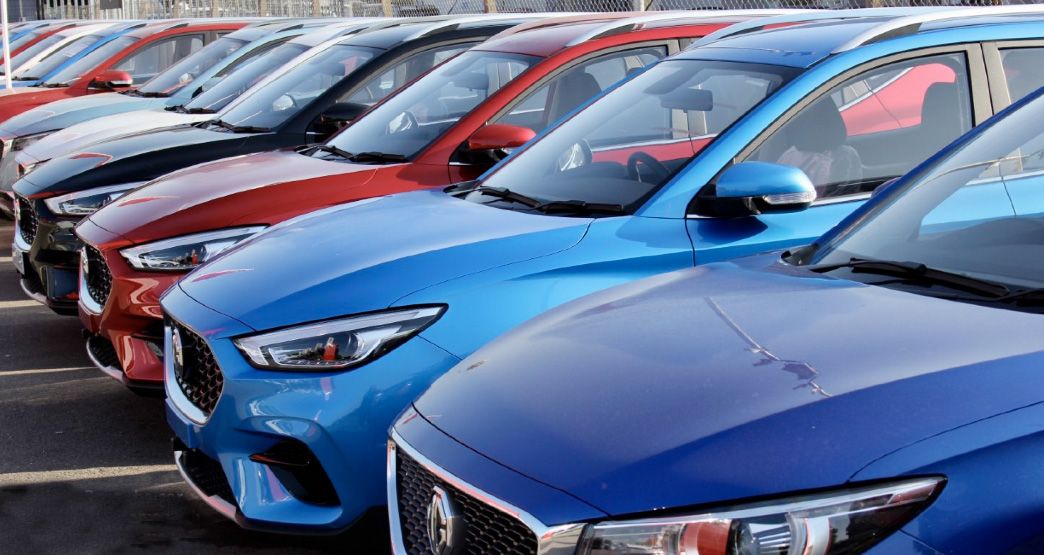 BEWARE: Does the car you’re buying come with expensive baggage?

If you buy a car using a finance agreement, typically it takes the form of a deposit followed by a series of monthly payments and when all payments are made you become the car’s owner. Until then, the vehicle remains the property of the finance company and can’t legally be sold, so be careful.

There are many services, such as HPI, that offer a cheap and easy way to check for outstanding finance prior to a purchase and some dealers will give a free HPI, which check for extra peace of mind.

If you have taken a personal loan with your bank or building society to fund the purchase of a car and there is no agreement for the loan to be secured against the vehicle, then you can settle the balance after a sale of the car if you choose to.

There are several companies that offer cheap online checks on a vehicle’s past that will show any finance still owing. Some offer a variety of in-depth checks with a basic check of insurance write-off status and outstanding finance being the cheapest offering. Typically, these services also check how many previous owners the DVLA has listed for the vehicle, whether it has had a personalised number plate previously and will even bring up its MOT history.

Knowingly selling a vehicle with outstanding finance and not notifying the buyer is considered fraud. If you’re selling, it is best to be upfront from the beginning to avoid any chance of that happening. But buying a car with outstanding finance could result in you losing the car, so, be careful, check before you buy. ‘Caveat Emptor’ is the legal term for ‘Buyer Beware’.

Get to know your vehicle SOS


ARE you one of the many new car owners unaware of the potentially life-saving technology that has been fitted as standard to all new cars and vans since April 2018 and on some even before that?

All new cars and vans must now be fitted with the emergency call system known as eCall. The concept is simple: if you have a crash and the airbags in your vehicle are deployed, the eCall system automatically contacts the emergency services using GPS (which is a bit like SatNav) to pinpoint your location and direct them to you. The technology can also be manually activated by pressing the eCall system’s SOS button in your car.

The system means that emergency services can respond as quickly as possible and know exactly where to go. Having such a safety system is hugely beneficial in cutting response times by up to 40 per cent and reducing road deaths by up to 10 per cent. The system will also work if you drive your car fitted with the technology on mainland Europe and, you needn’t worry about language barriers either as eCall uses the telephone number 112, which is the international emergency number.

To manually activate the system the button is usually above the windscreen or on the steering wheel and can be used as an alternative to a mobile phone which is important if the occupant of the car is struggling to access their phone in an accident. With many drivers unaware of the technology, vehicle manufacturers and motoring groups are getting together with the motoring press to let drivers know of their existence.

As with all technology, there are downsides to such a system. There is a potential for false alarms as the button to activate the eCall system can be pushed at any time (and who has never been tempted to push an unknown button in their car just to see what it does?). In addition, emergency call centres have had to adapt their technology for the system, which has very high costs. Nevertheless, the technology has been proven to save lives and is the way forward to help keep disruption on our roads to a minimum.

Even though the eCall system and its SOS button could save lives, research shows that most people don’t know about it. Do you? Let’s see if we can raise awareness of this technology. Check if your car has this safety feature installed, and if it has, read the handbook and follow the advice about how and when to use it. Safe driving.

THRILLING ANTRIM GLENS RACING IS BACK


IT used to be the biggest weekend on the calendar for every Irish rally fan. Easter weekend meant the Circuit of Ireland and days on the road following the event, or for many of the luckier ones, competing in or working on it.

It somehow lost its way, though, first in attempt to become a world event, then in a mixture of guises and formats including the Easter Stages Rally. Hopefully the event is taking a turn for the better as the Irish Tarmac Rally Championship visits the iconic Glens of Antrim for round three, the 2022 Circuit of Ireland, on April 15 and 16.

Not since 2016 has the Circuit of Ireland run under its own name, then Bobby Willis and his team hosted the European Rally Championship from a base in Belfast. The new compact format for the event developed by the Ulster Automobile Club utilises just four stages used multiple times, some of which are run in the opposite direction on the Saturday. The event will feature some of Ireland’s great stages made famous during the classic 1,000-mile marathons of the past, including Glendun, Cairncastle, Orra Lodge and Lisles Hill. The only disappointment is that Torr Head will not be used.

The 2022 format features 11 tests, each test more than nine miles in length, totalling 120 miles of competitive tarmac stages. Three times over Orra Lodge and Lisles Hill on Good Friday is a mighty challenge designed to test the driver’s skill and bravery. On Saturday the Cairncastle stage, which starts just outside Drains Bay on the Antrim coast road and is more than 13 miles in length, will be stages 7, 9 and 11 in the roadbook. Glendun, a stage that finishes close to the picturesque village of Cushendall, is run twice (stages 8 and 10) before the final run over Cairncastle and the finish in Ballymena. The Glens are famous for their amazing fast bumpy stages featuring lots of fast smooth tarmac and big jumps, everything that Irish competitors relish.

The field will include Josh Moffett, Alastair Fisher, Meirion Evans and Callum Devine and of course local man Jonny Greer, who is a proven winner over these stages. “Glendun is a really challenging stage,” commented Greer. “It has a lot of sharp medium- to high-speed corners, most of which go downhill, and it is very nice towards the end. It gets fast with lots of corners that just flow one into one another.

“There are a lot of elevation changes on these stages, but that’s just the nature of the Glens. “Confidence in the narrow, high-speed sections will be crucial and having a good car over bumps will be important too.”

The rally is based out of Ballymena with action running through April 15 and 16.