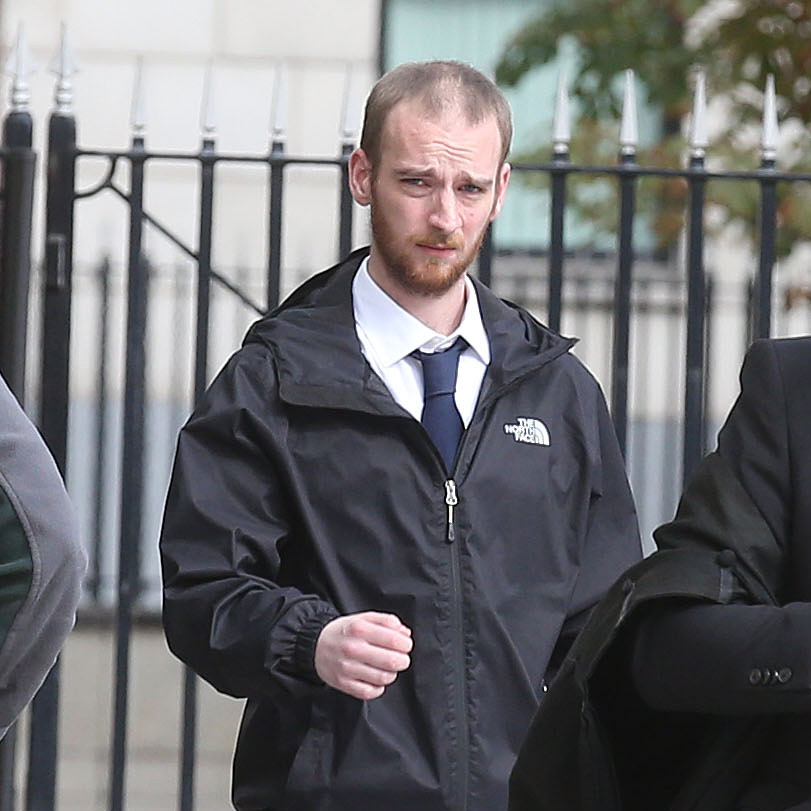 A 24-year-old man has admitted preventing the burial of an elderly neighbour whose body lay undiscovered in her West Belfast home for over two years.
Robert Sharkey of Grays Hill in Bangor appeared at at Belfast Crown Court on Tuesday and admitted all but one charge levelled against him.
The body of 68-year-old Marie Conlon was discovered in the bathroom of her Larkspur Rise flat, off the Suffolk Road, last October. She was last seen alive in January 2015.
Sharkey is also charged with breaking into her home, stealing a bank card and using it to pay bills and buy food, including spending almost £6,000 on Domino's Pizza.
Sharkey, who had been Ms Conlon’s neighbour, also pleaded guilty to breaking into her house and taking batteries, tools and a coffee mug, and also stealing both £50 in cash from her and a First Trust debit card.
Sharkey also admitted six separate counts of fraud by false representation by using Ms Conlon's First Trust bank card without authority.
He used it to buy £5,988.39 of food from Domino's Pizza over a period from October 2015 to 2017, to buy goods worth £3,279.80 from Sainsbury's from July 2016 to October 2017, and to buy mobile phone credit from O2 Ltd at a cost of £1,030 from March 2016 to October 2017.
Sharkey also admitted using the card to pay Power NI £285, as well as to make payments to the Department of Financial Land and Property Service - £573.83 in September 2016 and £586.20 paid the following September.
However, he denied breaking into Ms Conlon's flat between June and October 2015 and stealing a Bank of Ireland debit card.
Judge Geoffrey Miller QC said he would allow two weeks to consider the remanining single charge against Sharkey.
Sharkey is due to be sentenced on the 10 charges that he admitted on Friday, October 12. He was released on continuing bail.