Mark goes on the trail on mammoth fundraiser 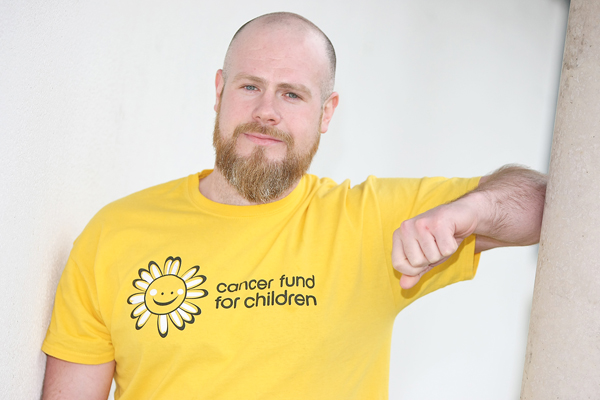 A YOUNG father from Belfast is taking on the challenge of a lifetime in a bid to raise over £4,000 for local cancer charity, a second time around.

After trekking the Great Wall of China in aid Cancer Fund for Children (CFC) in 2013, Mark Mead is lacing up his hiking boots once again to take on the world famous Inca Trail in June, in memory of his uncle John Mead, who sadly passed away in 2012.

The father of two explained his involvement in fundraising for CFC began five years ago after hearing of the work of the charity.

“The same year I became a father I also lost an uncle to cancer, that was in 2012,” he explained. “At the time my work became involved with the charity to raise funds and it just made sense to me. I was drawn in by the representative that day, hearing about the vital support that they offer, especially as a father, I just wanted to help and from there, everything clicked into place immediately.”

Five years later the 31-year old has raised over £8,000 through various events and challenges over the years.

“This charity means a lot to me, and it's down to it being a charity for children that has done that,” he said.

“For me personally, when a child has to go through the experience of having treatment for cancer, it really pulls on my heart strings,” he continued. “I am now a dad to two boys, and my kids mean the world to me.

“The Royal Victoria Hospital invited me down and walked me around the children’s cancer ward when they heard about the work I was doing. Seeing those children and babies in beds surrounded by their parents and siblings, along with close family members, I knew I was doing the right thing.”

The former CBS pupil has raised £3,839 and counting through various events from charity football matches to the ‘Save and Shave’, which saw participants go for 50 days without a shave.

“Those who took part still have their beards. I think we’ve started a trend,” he laughed.

“I think these sort of things are quite easy the second time around, but I definitely had to be more creative with the fundraising.

“I have been raising funds for this latest appeal for about eight months now and CBS, especially Lawrence Watson, have been very supportive. Along with Malone Integrated College, they have been hosting things like non-uniform days and charity football matches to raise funds. In fact a recent charity match between the two raised over £1,000.

“I always know CBS is a school that I can turn to for support from my time as a pupil to now as an adult in the local community.”

Lawrence Watson said the school was delighted to help.

“CBS has worked closely with past pupil Mark for several years now to help this charity. Mark is a credit to the school and his community as he tirelessly works to help this amazing cause. Mark is inspired by his own two young boys and his passion for football to bring together past pupils and teachers to help families deal with what must be the most difficult news a family can deal with.

“Over the years we have had some wonderful games that have raised thousands of pounds that make a difference. CBS staff remain unbeaten by the way,” he added.

Another loyal supporter of Mark’s determined efforts is Kevin Moore of Michael’s Barbers at the Diary Farm on the Stewartstown Road.

“Just like CBS, Kevin Moore and his wife at Michael’s Barbers have been a great support to me over the years with collections and stuff,” added Mark.

Kevin described Mark as a ‘great fella’ adding he simply wanted to help him with his worthy cause.

“He’s just such a lovely fella with a fantastic attitude so when he started his fundraising, even back in 2013, we just wanted to help,” explained Kevin. “So we took some collections at the shops and spread the work through social media in a bid to help him reach his target.

“I couldn’t do what he’s doing. You see him and his mates standing packing groceries, and it doesn’t matter if it’s 1p or £1, he always keeps going.”

Marks’ fundraising is an example of the difference just one person can make but he explained he would not be doing what he is doing without the support of his friends and family. Mark continued: “My family have been tremendous support, without them I don’t think I could be doing what I’m doing. It’s how my parents brought me up, encouraging me to step outside my comfort zone and help others, without them I wouldn’t be type person I am today. Even the businesses on the road, Scissor Sisters, Annies 99p Bakery, those who took part in the street collection, donated, especially to Sarah Jane Guiney who ran the Belfast Half Marathon to support my efforts.”

Close to 30 participants from across the North will take part in this year’s charity challenge, trekking the Inca Trail in Peru.

“Two girls from the China Trek are doing this one too and to be honest that makes it a lot easier, in fact the only thing worrying me is the three flights just to get to Peru,” he said.

You can donate via https://www.justgiving.com/fundraising/Mark-Meads-Trek-of-The-Inca-Trail-For-The-Cancer-Fund-for-Children