McCrory excited ahead of his ‘dream debut’ 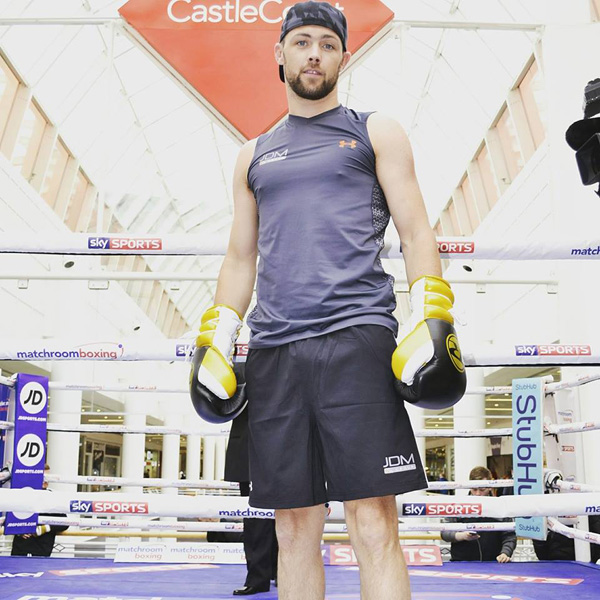 IT will be a dream professional debut for Padraig McCrory on Saturday night as the St James’ man makes his bow in the paid ranks on the undercard of a world title fight at the SSE Arnea.

The former Ulster Senior champion takes on Jacob Lucas (0-8-2) over four rounds with McCrory admitting he couldn’t have hoped for a better way to kick-start his pro career.

“It’s massive, I couldn’t ask for a bigger stage,” he said.

“This is something I’ve always wanted to do, but never materialised for one reason or another.

“I stopped boxing from when I was 20 until I was 25, went back and won an Ulster Senior title. I nearly signed (pro) after that, but it didn’t work out.

“I was going to stay and try to qualify for the Commonwealth Games, but it would have meant I was too old if things didn’t work out.

“Now, I’m on a bigger stage in Belfast, on Sky Sports before a world title fight so I couldn’t ask for a better opportunity.”

McCrory’s return to boxing at 25 is a remarkable tale. A decision made while out celebrating New Year saw him climb off the barstool and back into the ring. Six weeks later he was Ulster Senior champion, defeating Sean McGlinchey in the Europa Hotel. For whatever reason, he was forced to take on McGlinchey again in a box-of for the 2014 Commonwealth Games the Derry man won, so perhaps it is unsurprising he has opted to turn pro now rather than wait.

Injury and his wedding has put his debut on the back-burner for a while, but he is ready to go this weekend and is naturally excited to lace up the gloves once again.

“I boxed last year for Co Antrim and then I got married, went on honeymoon for three weeks. We bought a house a few years ago, but we’re still settling in and getting things done,” he explained.

“Everything is good now and I’m able to focus on boxing fully. Also, my sponsors are helping me out financially which means I can go part-time in work which is a massive help.”

McCrory will enjoy a huge support on Saturday night with over 200 tickets sold and is confident all those in attendance will be witnessing the start of a busy year.

Training under the watchful eyes of Dee Walsh and Ray Ginley, the St James’ banger is hoping to serve his apprenticeship in 2017 before looking towards titles next year and believes he will give a glimpse of what is to come against Lucas on Saturday.

“I think my style is more of a pro style anyway,” he said.

“I like to slow it down and fight at my pace. This year there is this bill and the (proposed) Frampton bill after, so why can I not stay busy? Kieran (Farrell, manager) has a bill sorted for September and I’ll be on that. I would be hoping for five fights by this time next year and after that, I would start to look towards titles.”