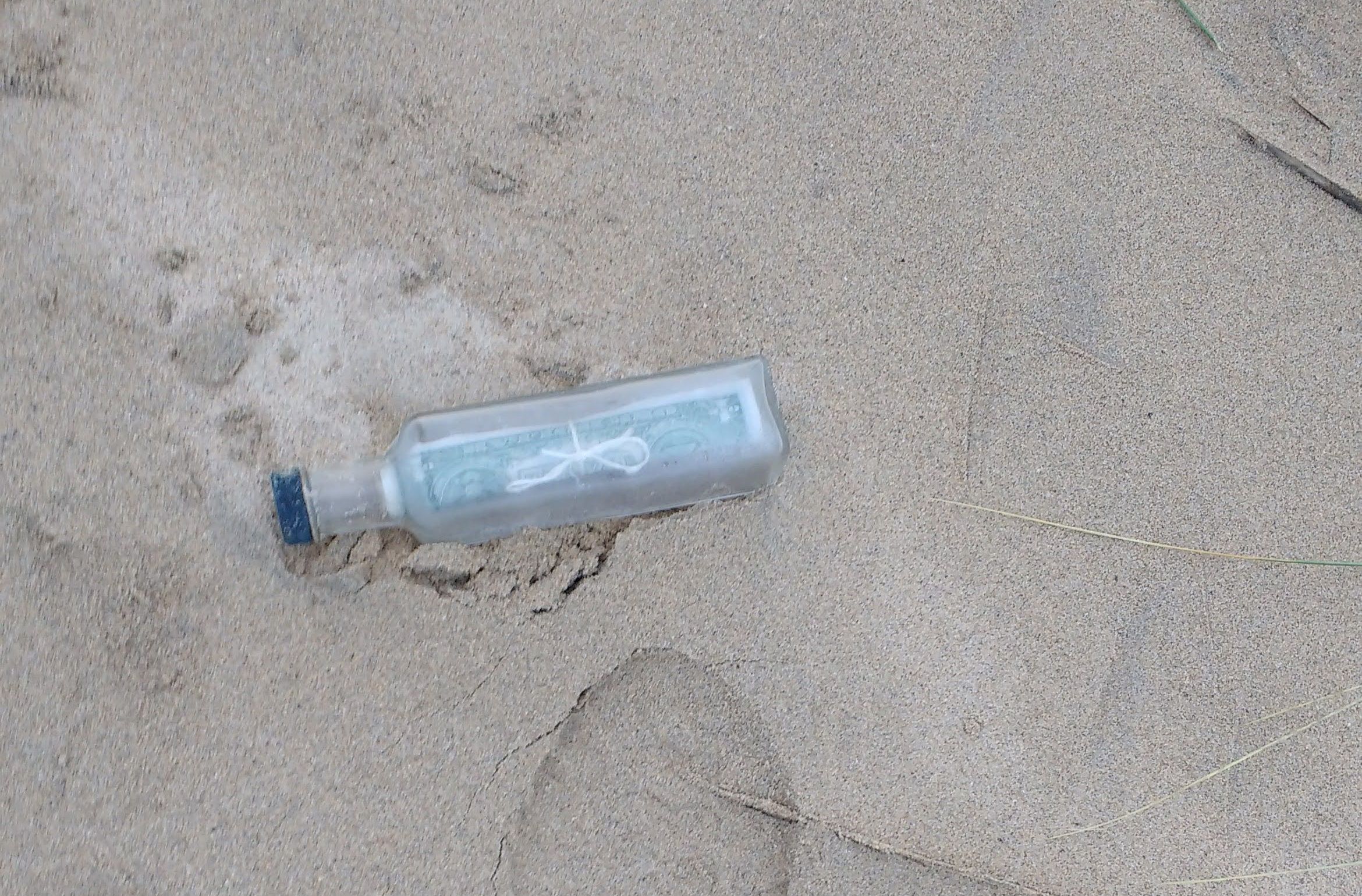 ON THE SHOTE: A message that travelled 3,000 miles to Donegal

A WEST Belfast couple have picked up a message in a bottle launched into the Atlantic over two years ago and 3,000 miles away.

Rita Simmonds and her partner Ciaran Mallon from St James' made the exciting find while walking on Machaire Rabhartaigh beach in Donegal last week.

The message, which was wrapped in two one-dollar bills, was carefully dried by the fire of a relatives home in Falcarragh.

After drying the message overnight it was discovered that the bottle had travelled from Ocean City, Maryland, USA.

Written by an 11-year-old Sasha Yonyak in 2019, the intact message detailed his friendships, hobbies – including fishing – and a phone number to contact him on.

After attempting the phone number, which was no longer in service, Rita and Ciaran trawled social media and contacted the media in the US and were eventually put in contact with Sasha, now aged 14.

Commenting on their "lucky" discovery, Rita described it as "like a childhood dream".

"We were determined to find Sasha," she explained.

"After searching through Facebook for hours, Ciaran found out the family's name but they hadn't been on (Facebook) for two years.

"We emailed The Dispatch newspaper which covers that area of the States.

"It just so happened that the reporter there had a friend who knew Sasha's parents.

"Last Friday, we got texting with Sasha for the first time. He was very close to a fisherman neighbour, and he had taken Sasha on his boat a mile out to throw it in the sea.

"That neighbour died five months ago so Sasha is grieving right now but this has brought back fond memories for him."