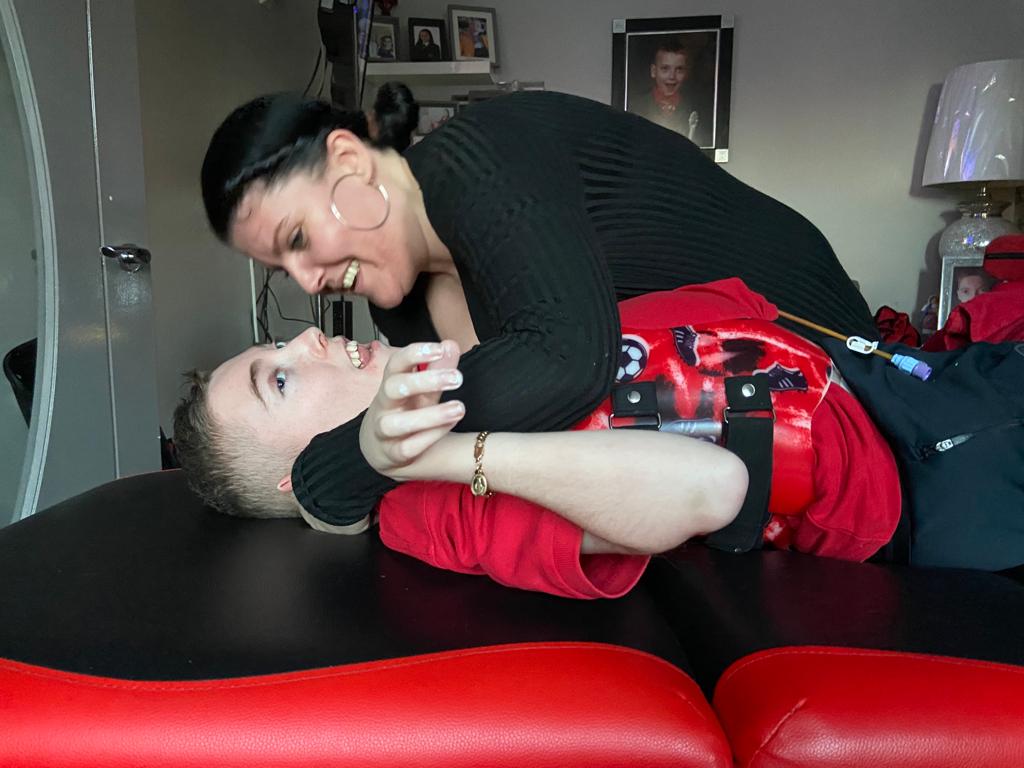 A NORTH Belfast mother is pleading for her wish of potentially life-changing surgery to be granted to her son without further delay.

Pearse Campbell-Quinn (18), from the New Lodge was diagnosed with epilepsy and cerebral palsy at 15 months.

He developed an aggressive form of scoliosis in 2019, resulting in a 74 degree curvature on his spine.

Thanks to a community effort last April, enough money was raised to pay for the costs to fit a specialist brace, which can slow down the progression of the disease.

Despite the success of the brace, it is not a long-term solution for Pearse and mum, Aisling believes surgery is the only option to try and stop the curve crushing his organs and to give him a bit of his life back.

Having spoken to a surgeon in London, Aisling is frustrated that they have not yet received a referral from Musgrave Park Hospital here to give the green light for the surgery.

“The brace has been better for Pearse but the spine is still going in to his lung,” she explained.

“Surgery would put rods into the spine and we were told about the risk of the surgery by consultants at Musgrave and that another brace would be the best option.

“In November, I asked for a referral to go private. We flew to the Princess Lady Grace London in hospital and the surgeon said they would do the surgery.

“We have been waiting eight weeks for referral. It seems everyone is dragging their feet over it.

“Pearse is suffering with pain. He takes breathing attacks because of it.

“I feel my son is being neglected. Pearse cannot talk but I know he is in pain and upset. I want to give the most normal life you can.

“I know he is suffering and it is hard to watch him suffer in pain every day.

“I will continue to fight for him. I am his voice.”