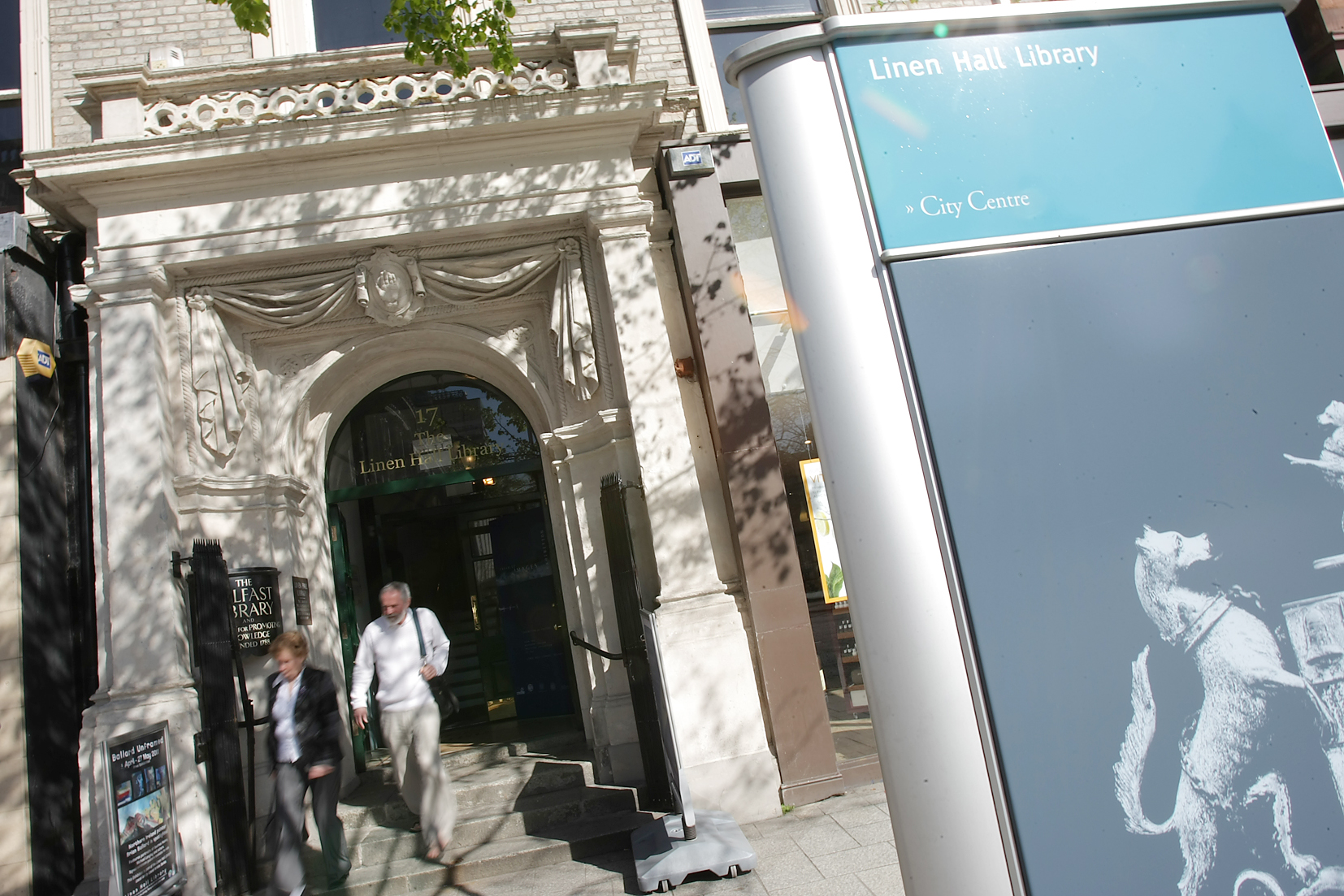 A DIGITAL archive compiled by the Linen Hall Library on the Troubles and peace process has been officially launched.
‘Divided Society’ is a Heritage Lottery-funded project that saw the library’s Northern Ireland Political Collection catalogued digitally for ease of use.
The archive includes hundreds of journal titles containing thousands of articles, hundreds of political posters, a video and audio gallery, educational toolkits, and ten exclusive essays from leading academics such as Marianne Elliot, Adrian Guelke and Connal Parr.
The Divided Society project focuses on a significant time in the north’s history from 1990 – 1998. This includes events such as the Downing Street Agreement, several ceasefires, and the ongoing peace negotiations which culminated in the signing of the Good Friday Agreement.
Gavin Carville, Divided Society Project Manager, said it was an important collection.
“This resource has phenomenal importance as a historical archive and we are delighted it has been preserved for future generations.”
The publications represent a variety of perspectives including community groups, political parties, pressure groups, local and national government, and paramilitaries.
Senator George J. Mitchell, Chair of the all-party talks, has written an introduction to the resource.
“The peace talks were a long and difficult process and this archive provides its users with a sense of the atmosphere of the time, the issues affecting daily life, how they were debated, and the various attempts at a resolution. Nearly twenty years later, some of these issues remain, but are solvable if the political leaders are willing to engage and talk.”
Two exhibitions, ‘We Lived It – the social impact of the Troubles’ and ‘Laughter in the Dark – Illustrating the Troubles’, were also created and displayed as part of the project.
The resource is available for free in the UK and Ireland and via subscription to the rest of the world. It will be officially opened by former BBC journalist Kate Adie.
The project is funded by Heritage Lottery Fund, Ulster Garden Villages, and the Department of Foreign Affairs and Trade.
For more information please visit www.dividedsociety.org or www.linenhall.com.