NIFL Premiership: Cliftonville facing the acid test as they travel to face Linfield 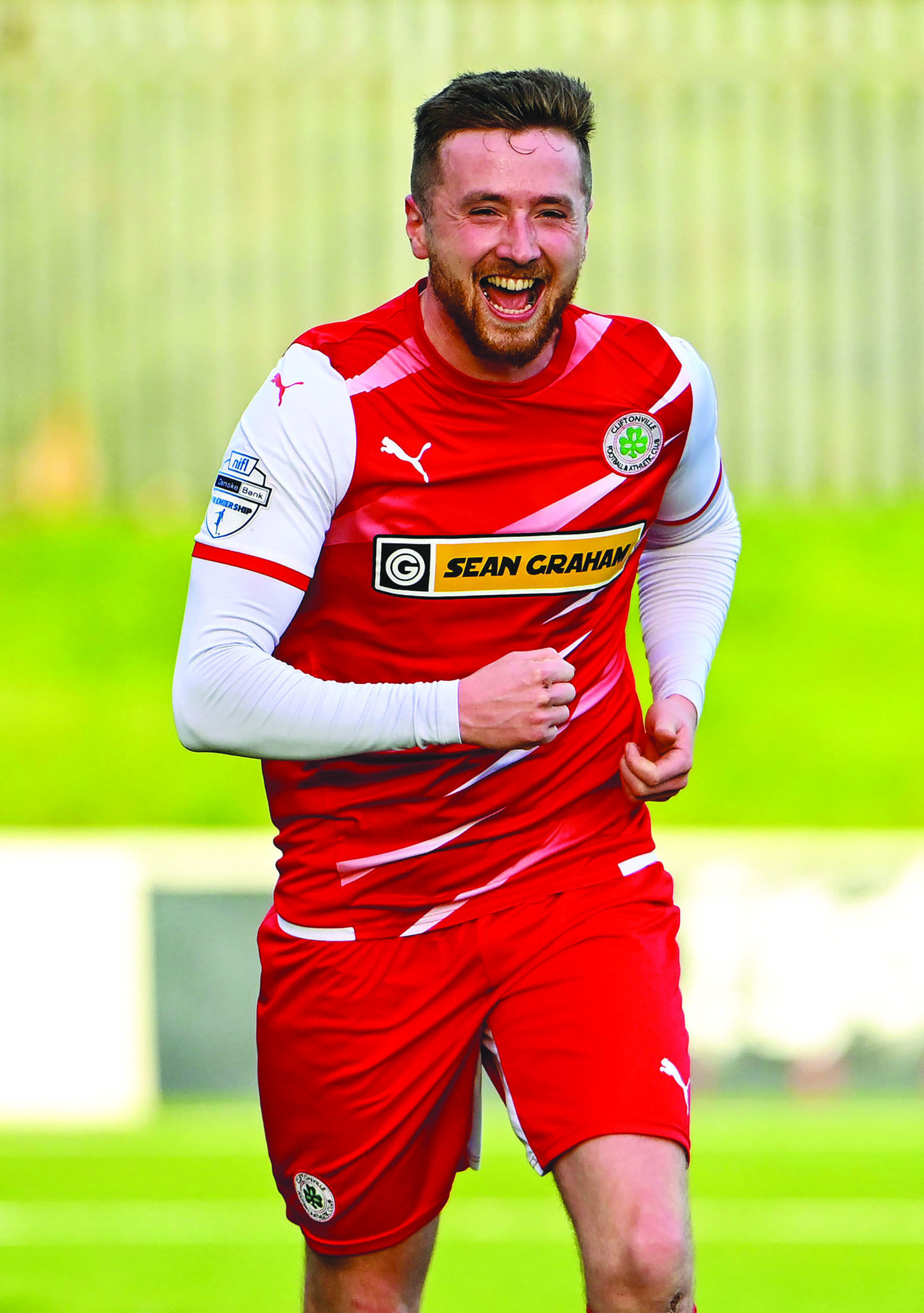 IT is a huge test of their credentials this Saturday as Cliftonville head to Windsor Park to face defending champions Linfield in Saturday (3pm).

The Reds make the short trip across to South Belfast to take on David Healy’ side who find themselves in fifth place, nine-points adrift of the Solitude side with a game in hand.

McLaughlin insists it is a massive test for his players and feels that coming up against Linfield is a barometer of whether any team can challenge at the top.

“They’re the best team in the north and they’ve backed that up over the last couple of years with league titles and David Healy has done an unbelievable job at Linfield,” said McLaughlin.

“It’s a fantastic squad of players and they play great stuff at Windsor Park.

“You always get tested against your Crusaders, Coleraines and Larnes and everybody else, but Linfield is really the one that shows you how close or how far you are away from challenging at the top.”

McLaughlin may be without midfielder Ronan Doherty after going off with a hamstring victory at the weekend and he stressed that they can’t afford many more injuries in the weeks ahead.

“It looks like ‘Olly’ (Ronan Doherty) is away with a hamstring injury - Hale and Gallagher as well,” McLaughlin revealed.

“With the intensity of the fixtures coming, the only thing we’re hoping that these injuries don’t kick-in, and they’ve hit us now.

“The boys in the squad have been superb. We haven’t got the biggest squad in the league but one thing we have is quality right throughout so if one drops out then one comes in, but we can’t really afford too many more because we’re really down to the bare bones.”

Despite being five points clear at the top, McLaughlin is adamant that their focus is on accumulating as many points and has played down the pressure of a title tilt.

“That comes with the job and being at the top of the league,” he insists.

“The boys have worked hard to be there, but we’re realistic in what we’re doing and we’re just trying to get as many points on board as we can.

“You’ve seen the squad being stretched and there will be bumps along the way and the bigger squads will find form.

“We’re not even looking or talking about titles or anything like that. We’re just trying to do as best as we can every week and we’ll see where it takes us and just try to stay in the leading pack as long as we can.

“It’s very basic, we’re not ranting and raving or shouting from the rooftops about what we’re doing. We’re just trying to do the basics as best we can, and it’s worked well for us up to now.”

Ryan Curran brought his goal tally in the league to eight with a weekend brace in the victory over Warrenpoint Town and along with midfielder Ronan Doherty, committed his future to the club until 2025.

McLaughlin was full of praise for the striker and feels he is one of the best in the country at the minute.

“He’s been unbelievable since the day he came in,” acknowledges McLaughlin.

“I always knew Currany, being from Derry and watching him play for Derry City, keeping an eye on him in the Irish League. It takes you to work with him and work alongside him to realise how good he is.

“He seems to save his best performances for big occasions and big moments in games. I’ve been saying it since I’ve came in how good he is and I’ll probably say it until my last breath - Ryan Curran is one of the top players in the country.”

Levi Ives’ performance in the weekend’s win also caught the eye of his manager who praised him for his display on his first full 90 minutes back from injury.

“He’s been brilliant and it’s only his second 90 minutes since the first of October,” McLaughlin reflects.

“It was a big ask of him. He’s just came back from a bad injury and there he is putting himself through the mill for the team and running himself into the ground.

“His performance and his quality is unrivalled in that position. I don’t need to remind him because we see it every week.” 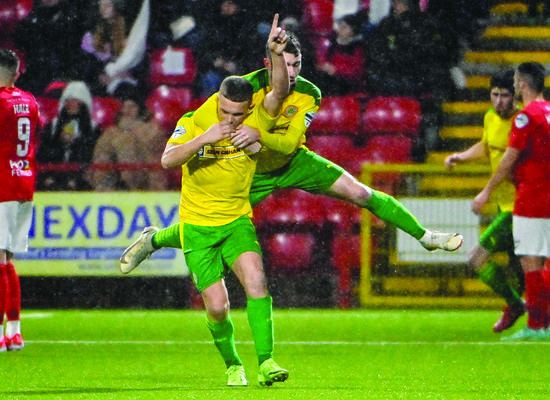 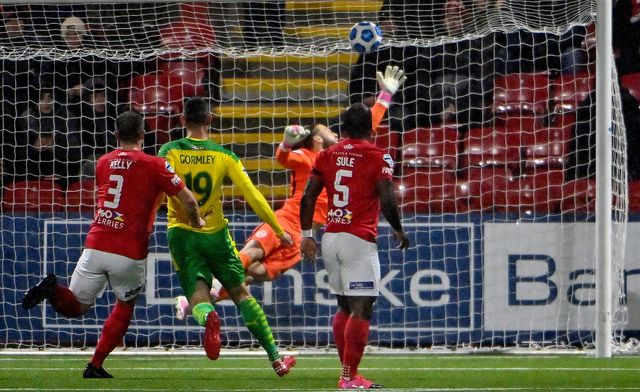