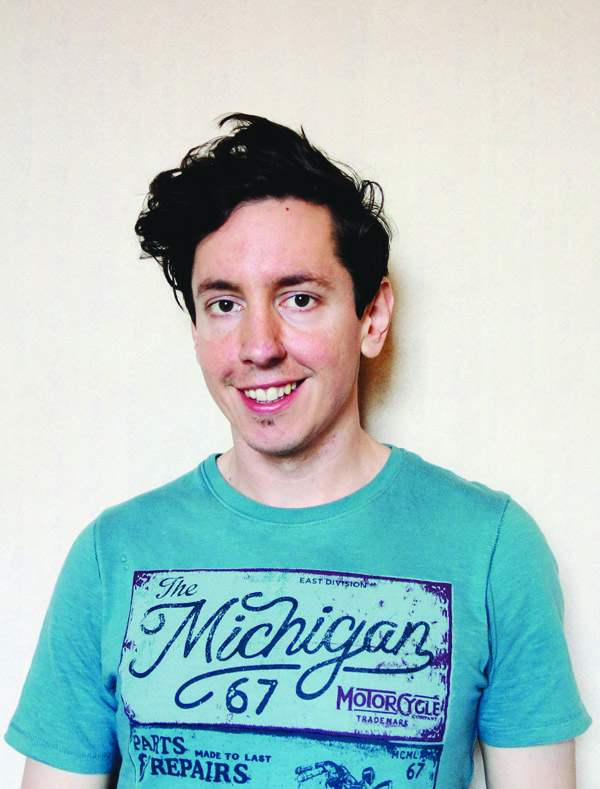 A NORTH Belfast man has flown to Rhode Island after landing a dream opportunity at the famed Inventors Workshop.

Ciaran Larkin, 33, landed his spot in the toy industry after attending the pitch event for toy designers. Independent product designer Ciaran has run his own design company – I Make Anything – since 2010, designing and building everything from one-off props and costumes, to large-scale event design. He is also a huge film fan and, on the side, created his own designs inspired by Hollywood, including a life size Iron Man suit.

“I'm particularly inspired by the kind of things that are only achieved with special effects, such as magic and superhero powers, and I love to make them in real life, to make the movie magic real,” he said.

But Ciaran’s true passion lies in toys and so, last year, he took a break from commission work and invested all of his energy into breaking into the toy industry. After a lot of hard work and a trip to the Inventors Workshop, where he pitched to top toy execs from around the world, his dream has become a reality and Ciaran has been working with Hasbro in Rhode Island in the States.

“Breaking into the toy industry is an uphill struggle and many times along the way I, quite literally, built things from scrap materials to sell online and fund my design work,” he said. “Taking the plunge and deciding to pitch at the Inventors Workshop changed my life.”

Hasbro’s Director of Global Toy Acquisitions, Rich Mazel, said: “We were impressed with Ciaran when we met him at the Inventors Workshop and invited him to spend a month at our headquarters in Rhode Island.

While there, Ciaran pitched new concept ideas for some of the company’s best known brands. Hasbro executives will once again attend the Inventors Workshop in the hope of discovering new toy talent.”

Ciaran added: “The chance to not only meet but pitch to legendary toy companies like Hasbro seemed too good to be true. Turns out it wasn’t and it has propelled me into my dream career. I am eternally grateful to everyone who makes the Inventors Workshop happen, it is a must-attend for everybody in the inventing world and I can’t believe I’ll be back there in September delivering the keynote presentation.

“I really hope my story can inspire other toy designers who are yet to realise their dream.”

The Inventors Workshop returns for the third time on September 20 at Whittlebury Hall in Northampton giving toy inventors a unique opportunity to pitch their ideas to leaders in the toy industry.

Toy execs from Hasbro will once again fly in from the States for the one-day event, intent on discovering the best toy talent. Around 100 toy and board game designers attend the event each year desperate to realise their dream of making it big in the £3bn UK toy industry. www.inventorsworkshopevent.com