Norwegian visitors go back to school 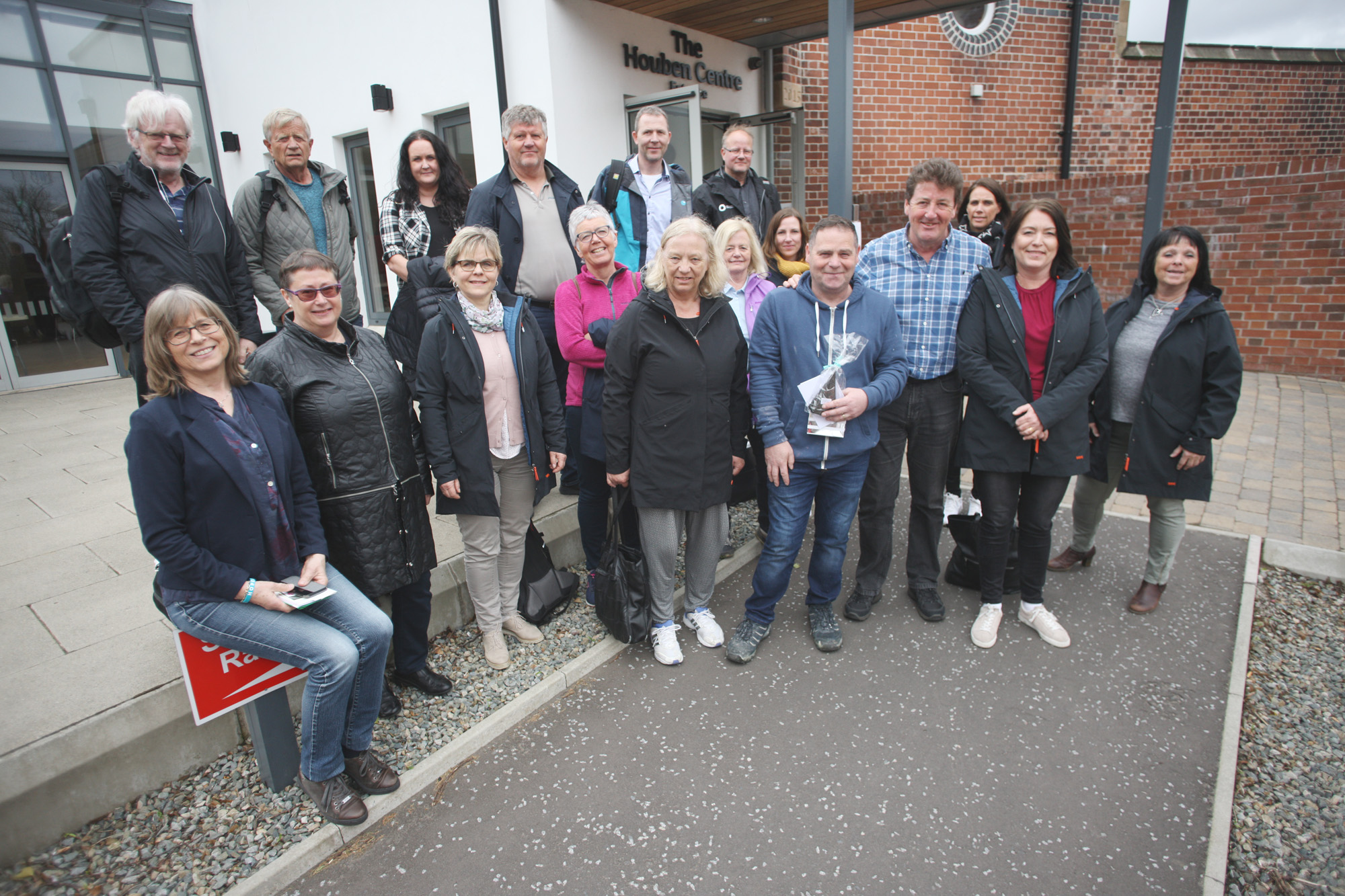 VISIT: The Norwegian teaching delegation with Eddie White at the Houben Centre at Holy Cross church

NORTH Belfast welcomed a delegation of 20 representatives from the largest teachers’ union in Norway recently as part of an educational learning trip.

The trip was organised by Bone native Eddie Whyte, who now lives and works in Norway and is himself an active trade unionist, as part of a learning programme about the school system and changing times in what’s historically been a troubled part of the city.

Eddie and the delegation visited a number of schools in the North of the city including Holy Cross Boys’ Primary School in Ardoyne and St Therese of Lisieux Primary School on the Antrim Road, before meeting with representatives from the Irish National Teachers’ Organisation (INTO) for a discussion on a range of issues.

“The group of teachers are also representatives of the largest teaching union in Norway,” explained Eddie.

“We are visiting North Belfast and then Derry to took at the school system which is very different to that in Norway.

“I wanted them to experience areas like Ardoyne to see for themselves what North Belfast is really like rather than what they know through the media. I hope local people’s passion for building a new future stood out for the delegation.”

Ina Enoksen, one of the representatives, said: “The school system in Norway is very different. In Belfast, it seems very segregated with pupils of one religion often in same school but in Norway everyone goes to the same school, mainly the one closest to your home.

“We also experienced philosophy classes in Holy Cross Boys to increase the vocabulary and ability to think of the students which I think was a really interesting way of teaching.”