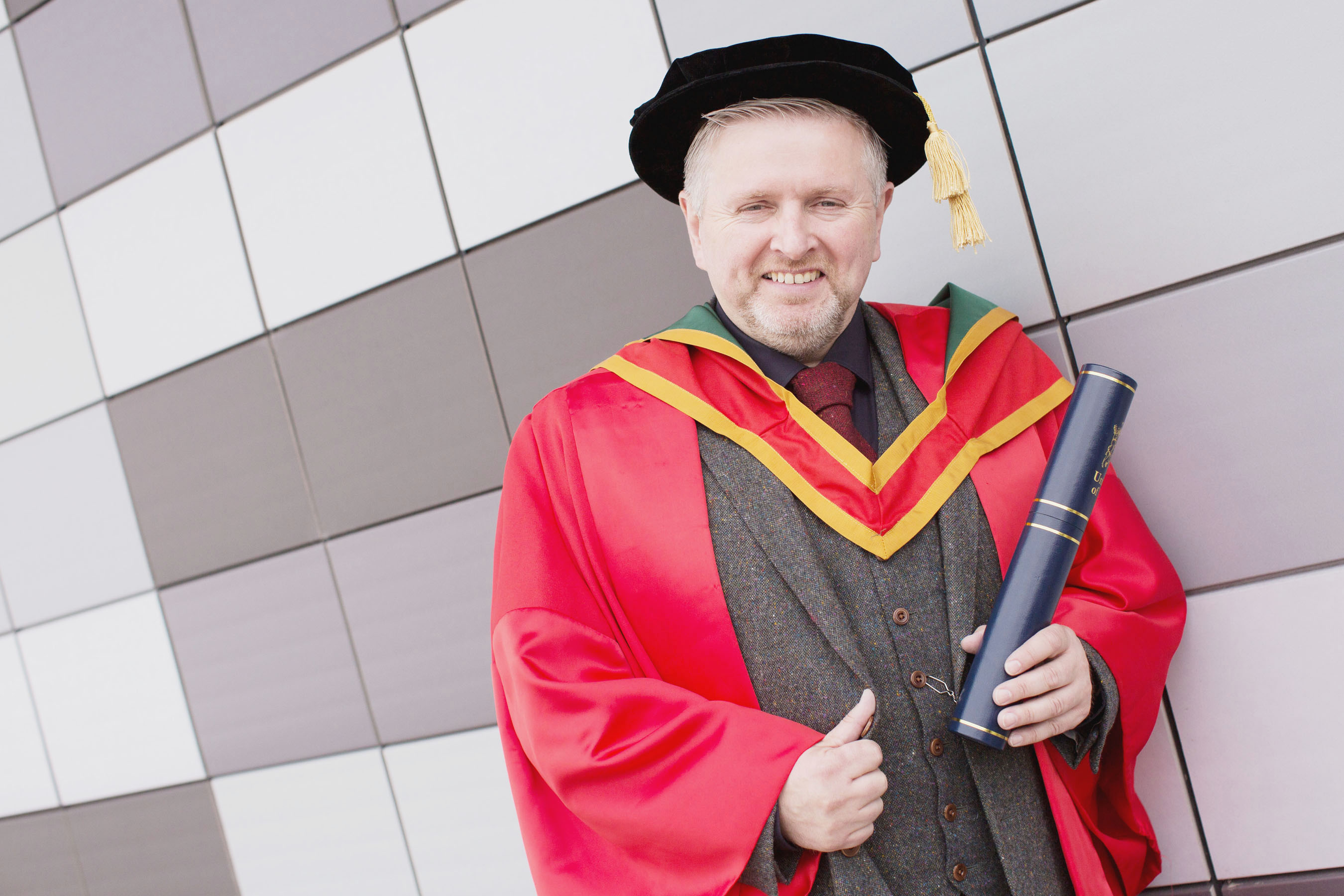 FORMER Holy Cross priest Father Gary Donegan has been recognised for his outstanding contribution to peace-building and community work in the North.

The Fermanagh native received the honorary degree of Doctor of Laws (LLD) from Ulster University this week.

Fr Donegan, who spent 15 years in Holy Cross Parish in Ardoyne, often hit the headlines for his positive peace-building work during troubled times in North Belfast, including the Holy Cross Girls’ Primary School blockade and engaging in talks to improve community relations.

Fr Gary told the North Belfast News he was honoured to receive the award, which he dedicated to all those involved in peace-building work.

“It was a very special day for my family,” he said. “My mother, father and sister were all there and my brother was actually part of the academic line-up.

“I was surprised when the university first contacted me about it. I’ve been open to slagging because I’m now known as a Doctor, with people phoning up and telling me they have a sore thumb!

“It was a great honour. There are so many people working for peace and reconciliation who never get acknowledged and I was accepting it on their behalf as well. It was also for those who come from a rural background.”

Fr Gary left Holy Cross Parish last year to take up a new post at Tobar Mhuire retreat in Crossgar, but he admits his life hasn’t changed too much.

“I’m in Belfast in my office every day. The only thing that has changed is that I sleep in Crossgar – the rest of the time I am in Belfast. Belfast is where my heart is,” he added.