Now you can take a break at Lámh Dhearg 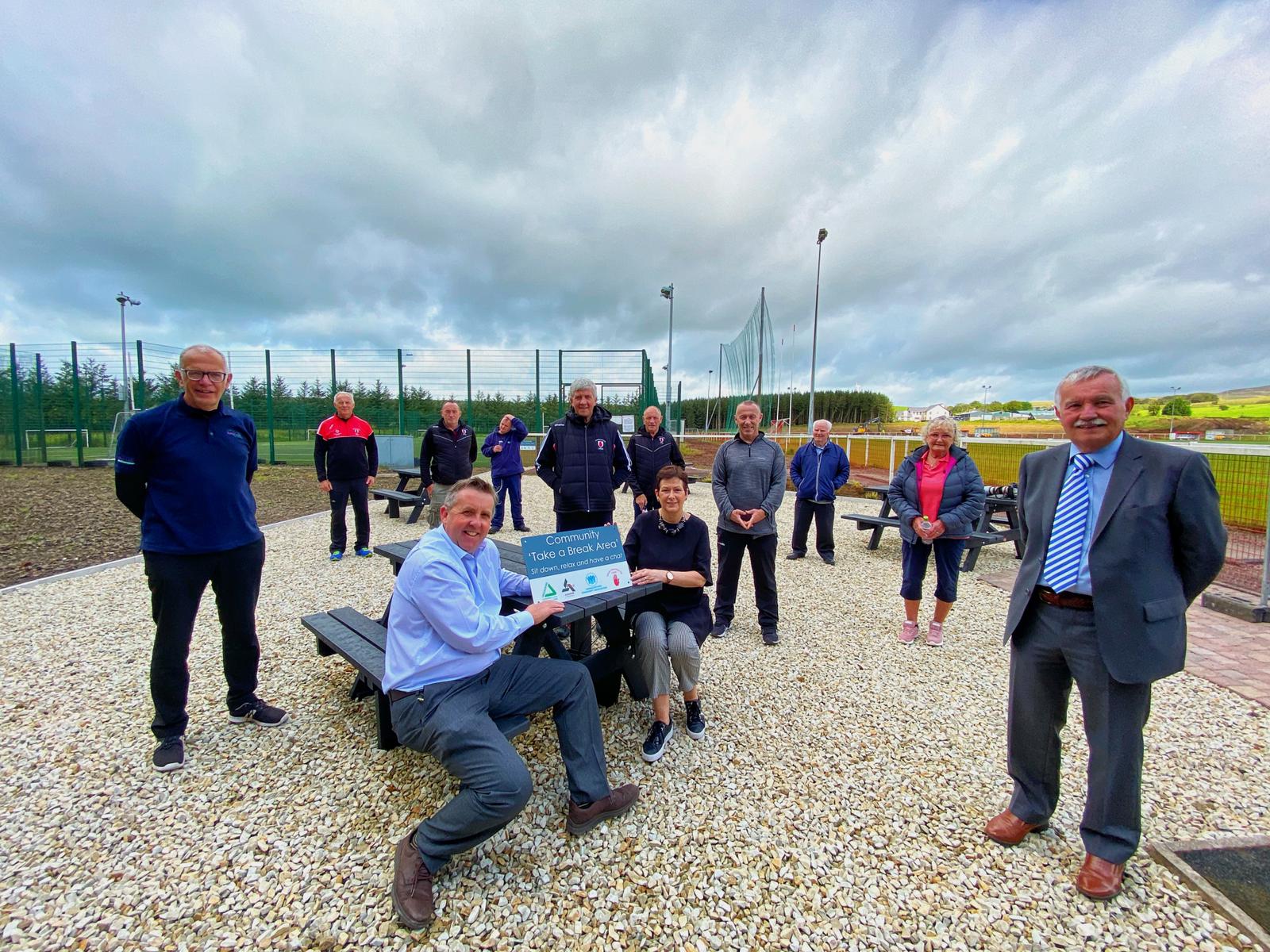 KICK BACK AND RELAX: The new Take A Break facility at Lámh Dhearg at Hannahstown

PATRONS, families and members of Lámh Dhearg GAC can now avail of the ambitious club’s new ‘Take A Break’ area after the ribbon was cut on Friday.

Part of their ‘Highway to Health’ initiative, the project was funded by Aughrim Landfill Programme and has been described as a great boost to the local Hannahstown community and the club.

Lámh Dhearg’s Pat McCambridge spoke of how the Highway to Health is used by some 25,000 visitors to the club and the feedback received from the Hannahstown Community Association showed how they would use it even more if there was a social area for visitors to rest and chat.

Pat explained how with the support of the Community Association, Ballymacward and St Oliver Plunkett primary schools, the local Indian community and the Belfast Hills Partnership, the project was funded by Aughrim Landfill Programme and the new area was approved.

“The area consists of a 150 square metre area levelled and kerbed off to include two new large flower beds,” he said.

“The middle section consists of decorative stone to allow for a recreational area with four new benches which are made from 100 per cent recycled plastic.

“A small brick path to the first bench will facilitate wheelchair access,” he added.

“The club really appreciates the support from the Aughrim Landfill Programme and the new facility will be a boost to the local area.

“Despite the pandemic, under the energetic leadership of Chairperson Peter Kane, the club has started the second phase of its second grass pitch project.

“Due to the generosity of its members and friends it strives to provide top class facilities for its growing membership.”

For the first time in our history we put 2 ladies teams out at Senior Level.

The ladies showed great skill and determination and put up a spirited comeback to leave only 2 between the teams at the end. What a debut for new player Sinead McCloskey! pic.twitter.com/OMKv6Pe38B