Now’s your time to nominate for Aisling Awards 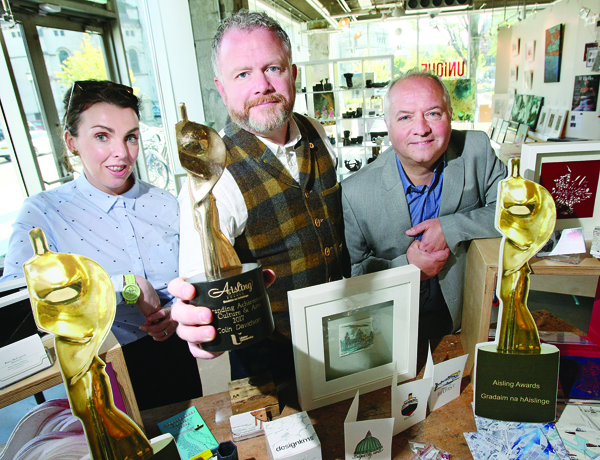 THE call has gone out for Aisling Award nominations in two prestigious categories in this year’s Belfast Oscars.

One of the most popular and keenly contested awards on the night is always the Aisling Award for Culture and Arts. The award reflects the diversity and talent on offer across Belfast’s exciting arts scene.

“We are delighted that our partnership with the Aisling Awards acknowledges work across the spectrum of culture and arts activity, enhancing our well-being, building our social and cultural capital and contributing to the thriving creative economy in our region.”

Last year’s Positive Belfast Award was won by Beechmount’s trailblazing Blackie Centre. The award is presented to those community organisations and leaders who are striving to leave a constructive and lasting impression on an ever-changing city.

Urging other community organisations to put themselves forward for this year’s Aisling Award, Peter Lynch, Chief Executive with the Blackie Centre, said: “Winning the Aisling Award last year was great for Team Blackie. It’s always nice to receive recognition for your efforts particularly from your peers.

“We are currently going through a process of becoming a centre of excellence and winning the Aisling Award put us on this road.”

The Positive Belfast Award is sponsored by Ulster Bank. Terry Robb, Managing Director Personal Banking NI Ulster Bank, said: “We’re proud to play an active role in the communities that we serve, and the Aisling Awards is a great recognition of the changing face of Belfast. This is a partnership that’s gone from strength to strength and the awards consistently produce worthy winners.”