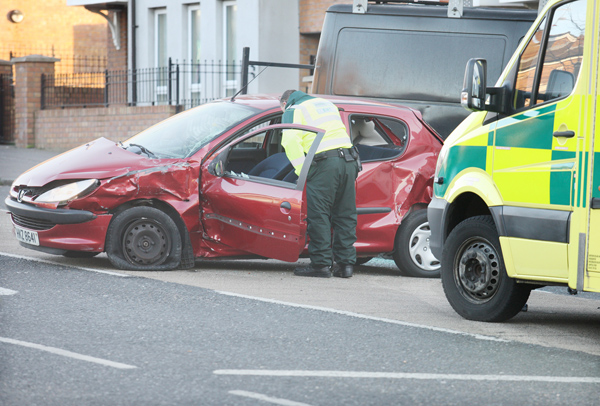 THE PSNI say they still don’t know if a car involved in a serious crash on the Oldpark Road on Saturday morning was stolen.

The main road had to be closed by police after the collision that left a number of people needing hospital treatment.

An eyewitness told the North Belfast News that they saw a Peugeot 206 smash into a van. Afterwards a man was seen dragging a second man into the middle of the road where the injured man passed out.

“The guy was lying unconscious on the road face down and a few people had come out of their houses to see if he was okay,” the eyewitness told us. “The other fella tried to lift him a few times but he had to be told to stop because he was hurting him. That’s when the ambulance came.”

“Enquiries into these incidents are ongoing.”