Olly all set for Féile 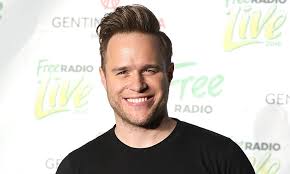 POP sensation Olly Murs says he’s “honoured” to be part of Féile an Phobail’s 30th anniversary celebrations, as he and his band look forward to taking centre stage for their headline slot in August.

As anticipation builds and last remaining tickets are snapped up, Olly told the Andersonstown News that he was “looking forward to coming back to Belfast and entertaining” his very loyal and ever-growing fan base.

With over seven million followers on social media site Twitter, the star said he and his band are ready to entertain 10,000 music fans at the newly-built concert venue space in the Falls Park.

“We are coming over in August for the gig and it definitely won’t be a flying visit,” explained Olly.

“We will be here for the weekend and I will be hoping for fans to tweet their suggestions of where we should go and what to see.”

Fresh from captaining England to glory as part of the annual Soccer Aid tournament at Old Trafford on Sunday night, Olly said it was an honour to walk out on the hallowed Manchester United pitch and have his nephew by his side.

“Honestly, it was so overwhelming on Sunday night, to have so many people watching at home, engaging with me on Twitter.

“So far just over £5.5 million has been raised for UNICEF, the biggest amount since Soccer Aid began. It’s fantastic and something I will never forget.”

The Voice coach and mentor said he is currently in negations about returning to the hit ITV show.
“I loved every minute of being involved in the show, working as a coach, and would love to return – negiations are going on at the moment.”

Having seen his star ascend with dizzying speed since making his mark during 2009’s X Factor series, Olly spoke of how he learned “so much” under the tutelage of Simon Cowell and Louis Walsh. And he said he was keen to do for new talent on The Voice what Simon and Louis had done for him.

“I was always very honest with them on how I felt – was I good enough to be a pop star? A singer? It was fantastic for them to believe in you and give you encouragement and that is what I wanted to do with the people that came to audition on The Voice.

“It’s good to give constructive feedback and to be honest with the people that are looking to you for advice.”

Looking ahead to the August concert, Olly said he and his band are very much “ready to go” and that his sixth studio album is finished.

“It’s just a matter of putting the final finishing touches to it and the people coming to the concert can be guaranteed all the hits and they might even get to hear some new tracks. It’s all go and I can’t wait to come back to Belfast.”

Olly Murs will play Féile an Phobail on Saturday, August 11. Tickets are priced at £35 are available from www.ticketmaster.ie