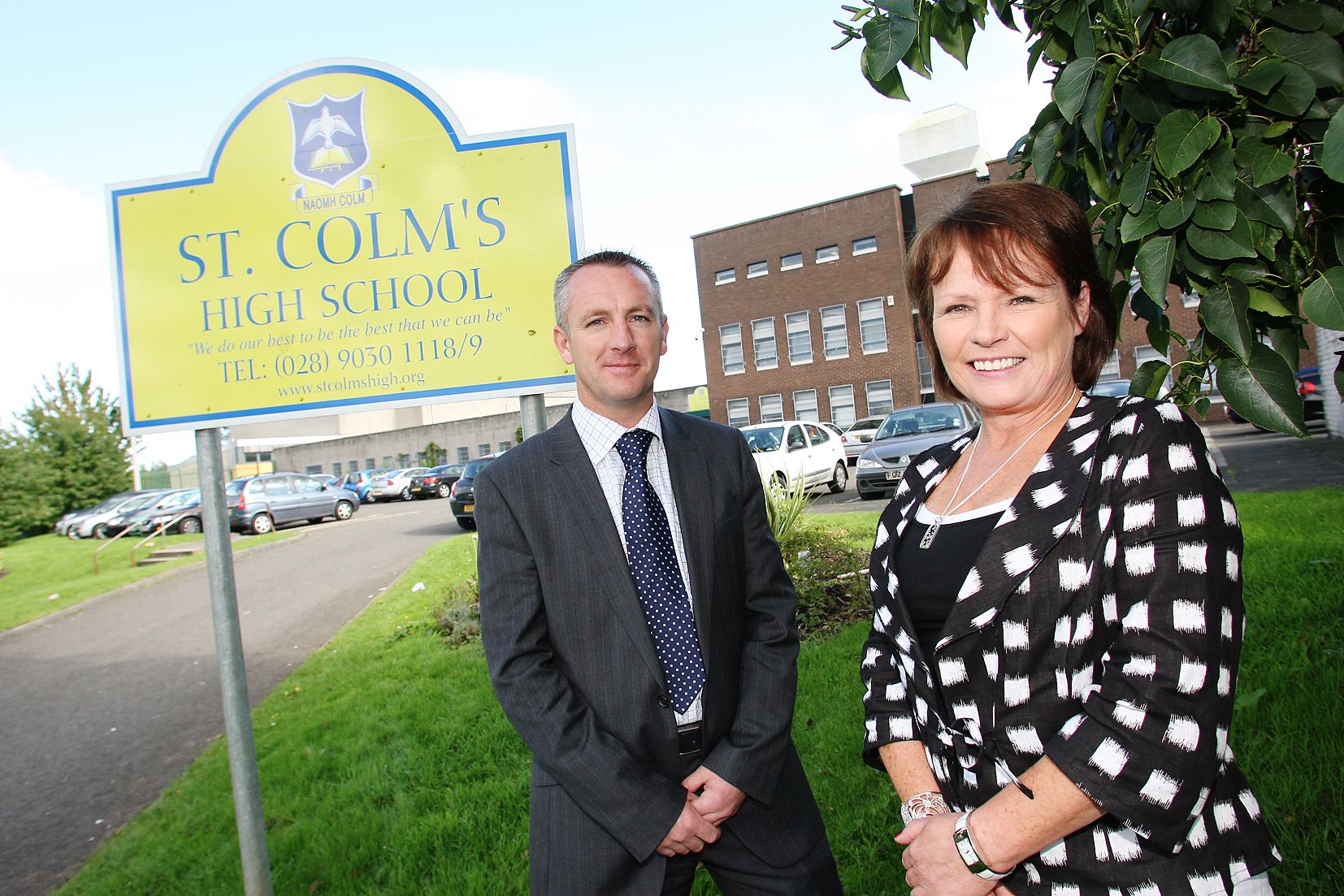 PREPARATION: Staff at St Colm's gearing up for return

PRINCIPALS of two of West Belfast’s biggest schools have expressed reservations about government plans to bring pupils back full-time.

On August 6, Education Minister Peter Weir announced that schools would be expected to open to all pupils again at the end of August.

The move means social distancing measures between pupils will be “relaxed”. However, schools will be required to keep most pupils in “bubbles” to curb the spread of Covid-19.

St John the Baptist Primary School Principal Chris Donnelly said that, while teachers are keen to work with pupils in a classroom setting, “further direction” is  needed from the Department of Education.

“Whilst the announcement from the Education Minister that full classes of children would be returning later this month was not unexpected, nevertheless there is a clear need for further guidance to help schools prepare for the return of children,” he said.

“The health and safety of staff and children must be paramount and will always be our guiding principle. Further direction is required from the Education Department on the provision of school dinners and on what type of financial support will be offered to schools to allow us to put in place additional safety measures and increase staff provision to provide enhanced cleaning and supervision.

“Teachers are very keen to be able to work once again with our children in a classroom setting, which obviously provides the best environment within which children can learn and interact naturally and positively with their classmates.

“Ahead of staff and children returning, we have been busy preparing the school with new banners, signs, PPE [personal protective equipment] and hand sanitiser stations, and a comprehensive return-to-school document has been prepared for issuing to parents, outlining the many changes that have been considered and incorporated to

All pupils will return to school five days a week from the start of term, says education minister Peter Weir https://t.co/ZNm1uS0gLl

minimise the risk to all in the school community during these difficult times.”

St Colm’s High School Principal Adrian Walsh said that it’s “important” to bring pupils back into the classroom, but added he remains unsure if “enough thought” had been given to the government plan for return.

“Teachers are nervous, there’s no doubt about that, and they’re very anxious about what way things are going to be,” he said.

“We’re hearing in the news that the R rate is going up but then schools are going back to normal.

“We had done some preparation in June whereby we had looked at the idea of doing a week on and a week off, and then using some of that time to do remote learning. That way you were giving pupils about 50 per cent of their timetable.

“It seems that now the Minister has made a statement, everybody’s back, remote learning has gone into the background and we’ve just got to get on with it.

“I think it’s important that the kids get back to school because they’ve been out for so long and there’s going to be a deficit in their learning, but I don’t know that enough thought has been given to the logistics of it or how you can bring a class of 27 kids into a room.”

Mr Walsh said that St Colm’s has spent nearly £2,000 on safety equipment including new signage, PPE, and sanitising stations. The school has also been working on a new mental health programme to support pupils during the transition.

“We have a plan in place but most of it will be a case of play it by ear and see what’s working,” he continued.

“We’re doing everything we can to try to mitigate all the risks, but there is no way you can eliminate all the risks in the size of school that we have, and that’s just a reality.”