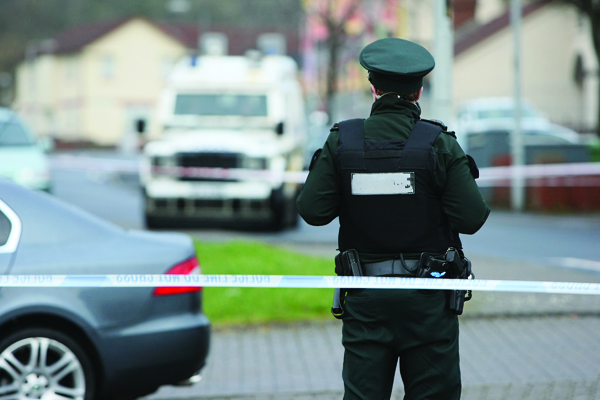 DETECTIVES from Serious Crime Branch investigating the murder of Raymond Johnston in Poleglass are appealing to the public for dash cam footage from the area at the time of the shooting.
The 28-year-old died after being shot in his home in Glenbawn Avenue just before 8pm last Tuesday night (February 13).
Officers revisited the scene last night, exactly one week after the shooting.
Detective Chief Inspector Geoff Boyce, who is leading the investigation, said: “We are still in the early stages of this investigation and although progress has been made, we still need more assistance from the community.
“We have set up an incident room and we are exploring a number of possible lines of enquiry. We are reviewing CCTV footage from the area, but we also need the continued help from local people.
“I would also ask any members of the public who have a dash cam fitted to their vehicle, and were travelling on Glenbawn Avenue, Glenbawn Square, Bryanswell Road, Bellsteel Road, Pantridge Road, Stewartstown Road or Colinwell Road between 7pm and 9pm on Tuesday, February 13, to contact detectives at Musgrave. You may have footage that could help us piece together what happened on Tuesday night and lead us to those behind this brutal act.
“We would again appeal to any witnesses, or those with any information that could assist our investigation, to contact Detectives on the non-emergency number 101, quoting reference 1192 of 13/02/18 or ask to speak to detectives at the incident room at Musgrave Street.”