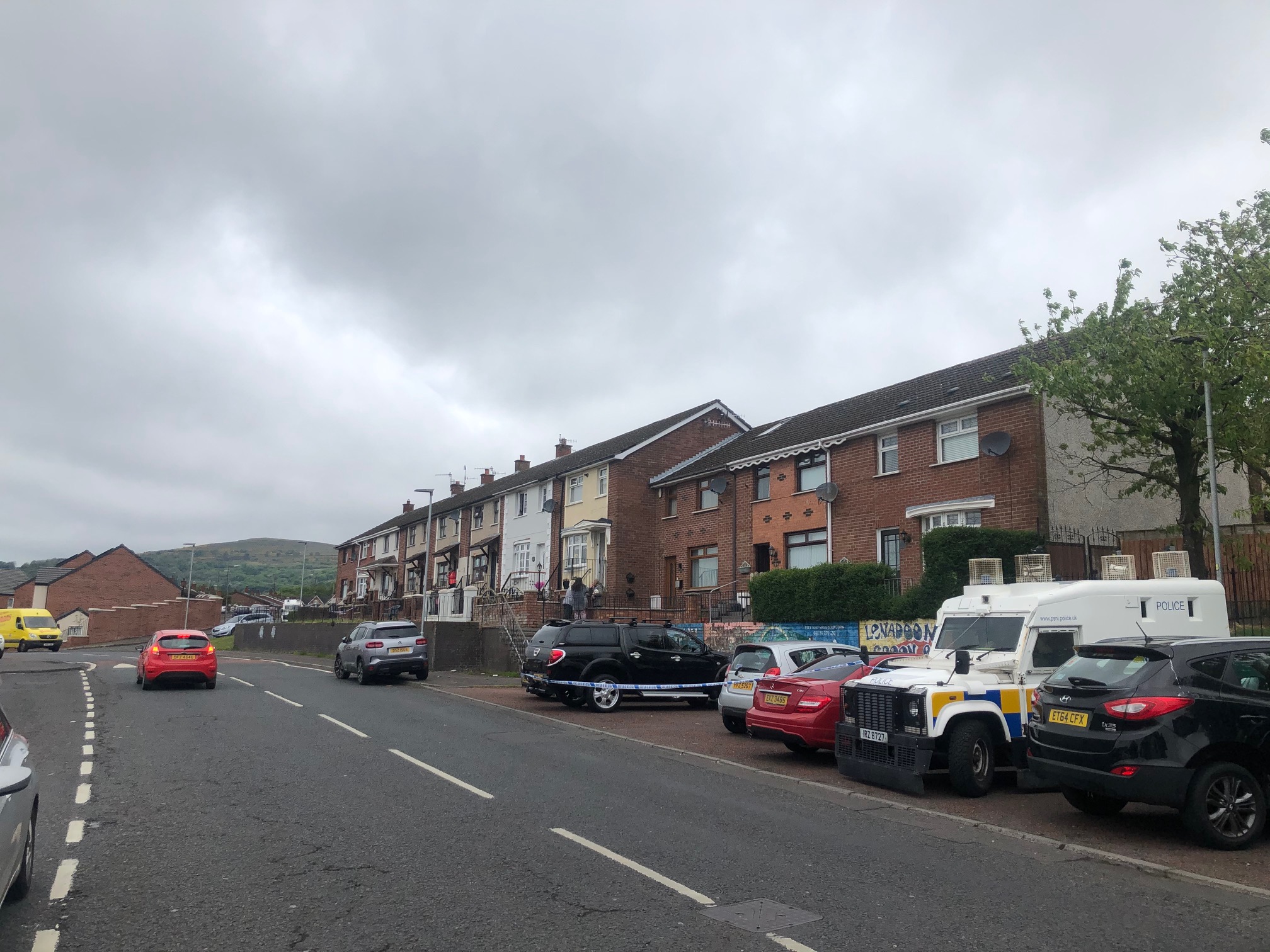 A murder investigation has been launched into the shooting of a man at his Lenadoon Avenue home at around 10pm last night.

The victim has been named locally as Kieran Wylie (57).

Sinn Féin MP Paul Maskey said the community had been shocked by the shooting.

“Local people are shocked and angry that anyone would carry out an attack like this when the community and the emergency services are facing the challenge of the Covid-19 pandemic," he said.

“I condemn those responsible for this attack and they must be brought before the courts."

SDLP councillor Brian Heading branded the attack "despicable" while Cllr Matt Collins of People Before Profit said there was" never any justification for such acts".

"However, I would appeal to anyone with information, or who witnessed any suspicious activity in the area around that time, to contact us."

Anyone with information is asked to contact the PSNI.

In a statement at lunchtime Monday, PSNI Detective Chief Inspector Darren McCartney said the victim was "shot a number of times at close range".

Lenadoon Shooting
SDLP Cllr Heading said
This is a despicable act at a time when the community
are facing dangers from the covid virus. People have come together to look after neighbours and we have an uncalled for action tying up police and health service resources .