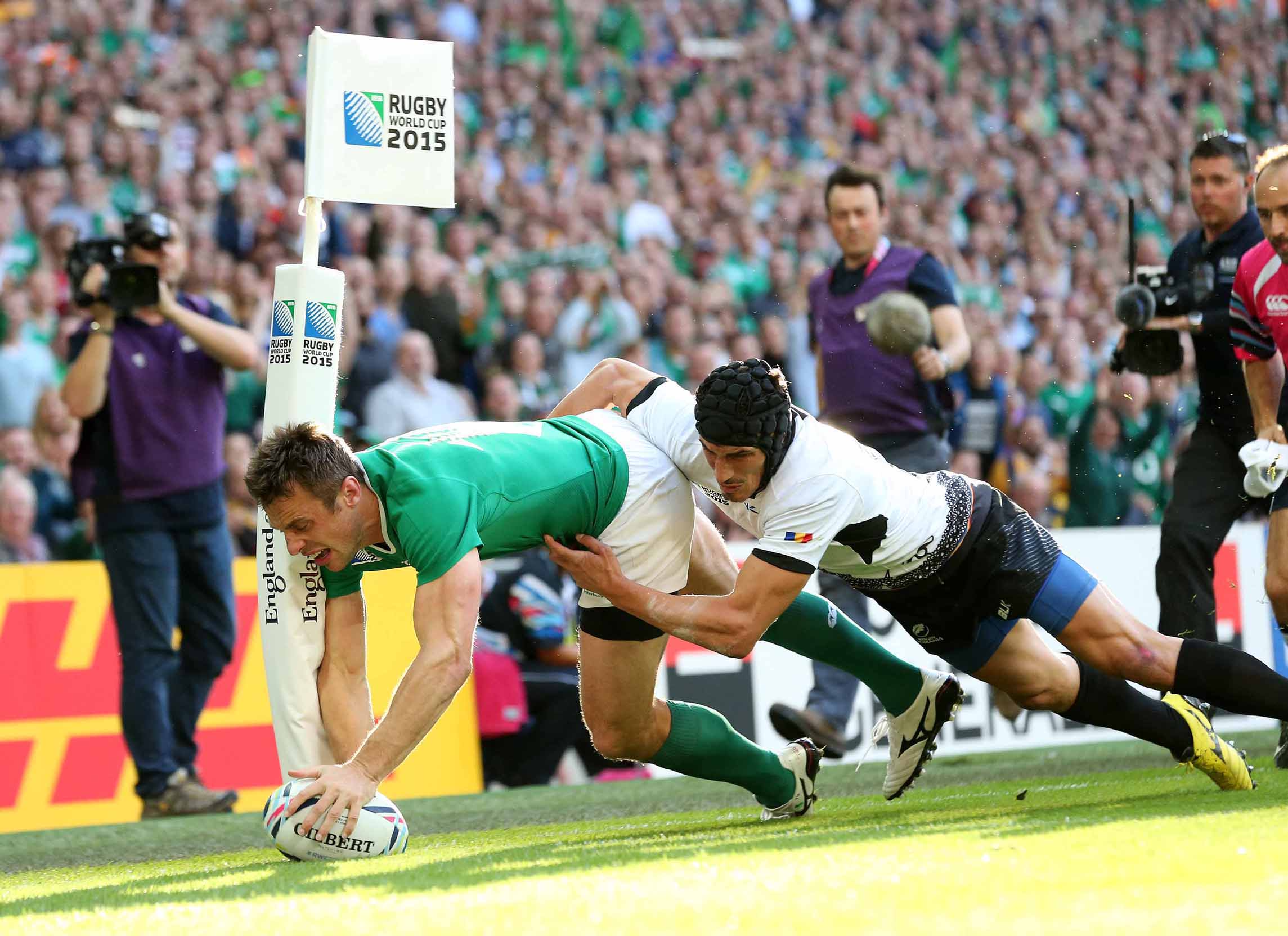 We’re expecting Tommy Bowe and company to rack up the points on Sunday, giving Italy a 19-point start

It’s been a tough old few weeks for the PG personally - losing a parent is tough for anyone and on September 13, I sadly lost the inspiration behind this column, my dad.

He was the man who pushed and inspired to me to come up with the PG idea way back in 1994 as he loved a punt. But he was also a careful punter who taught me not to chase my money and always bet within my means.

The ‘bet small, win big’ philosophy we adopt here at the PG came straight from him and I know he’s up above betting winners.

What a weekend of sport we have with the super Sunday as eye-catching as they come with the Arc De Triomphe the big race at Longchamp and we have Everton v Liverpool followed by Arsenal v Man Utd and that’s where we start our weekend selections.

Inconsistent Arsenal (11/10) take on leaders Man Utd at the Emirates and we are banking on the Gunners bouncing back after flopping in the Champions League on Tuesday night. So all points for the Gunners against Van Gaal’s team – just.

Let’s head back to Saturday and get the first three teams down for the quad. Sheffield Wednesday (13/10) can make it two wins in a row when they entertain Rotherham at Hillsborough.

Wycombe (1/1) can make it three wins in seven days with a home win over Northampton.

Wigan (5/4) are another team who have served the bookies well this season but we are taking a chance with them to beat Walsall after losing midweek to Millwall.

All Premier League for the draws this week and we suggest you bet on draws in the Aston Villa v Stoke, Norwich v Leicester and finishing with the Bournemouth v Watford clash. Remember the draw treble pays around 35/1 – any two in the trixie will pay around 11/1.

This World Cup is heating up and the All Blacks remain the strong 5/4 favourites, and rightly so.

Stick in favourites New Zealand -60 (10/11) in our handicap quad to beat Georgia tonight.

South Africa -15 are 10/11 to beat Scotland and finishing with Australia +3 at 10/11 to end the hopes of hosts England on Saturday night.

A massive weekend of racing at Longchamp at the weekend with the Arc De Triomphe the feature race on Sunday and what a field we have going to post in Paris.

Favourite Treve is on the brink of of becoming the first ever horse to complete a hat-trick in Europe's premier middle-distance race and has looked better than ever this year, but the even-money on offer is not great value for us.

We are taking a chance with Golden Horn (9/2) to add to the Derby, Coral Eclipse and Irish Champion Stakes he’s already claimed this season. The conditions will suit and my only concern is that it could be one race too far after a gruelling campaign.

Good racing in England on Saturday and we like Buckstay (8/1) in the Challenge Cup at Ascot and French raider Esoterique (7/4) in the Sun Chariot Stakes at Newmarket.

Remember, we are online via-Facebook/Twitter all weekend with more selections, competitions, free bets, betting banter and much more. Make sure you seek us out daily, people.