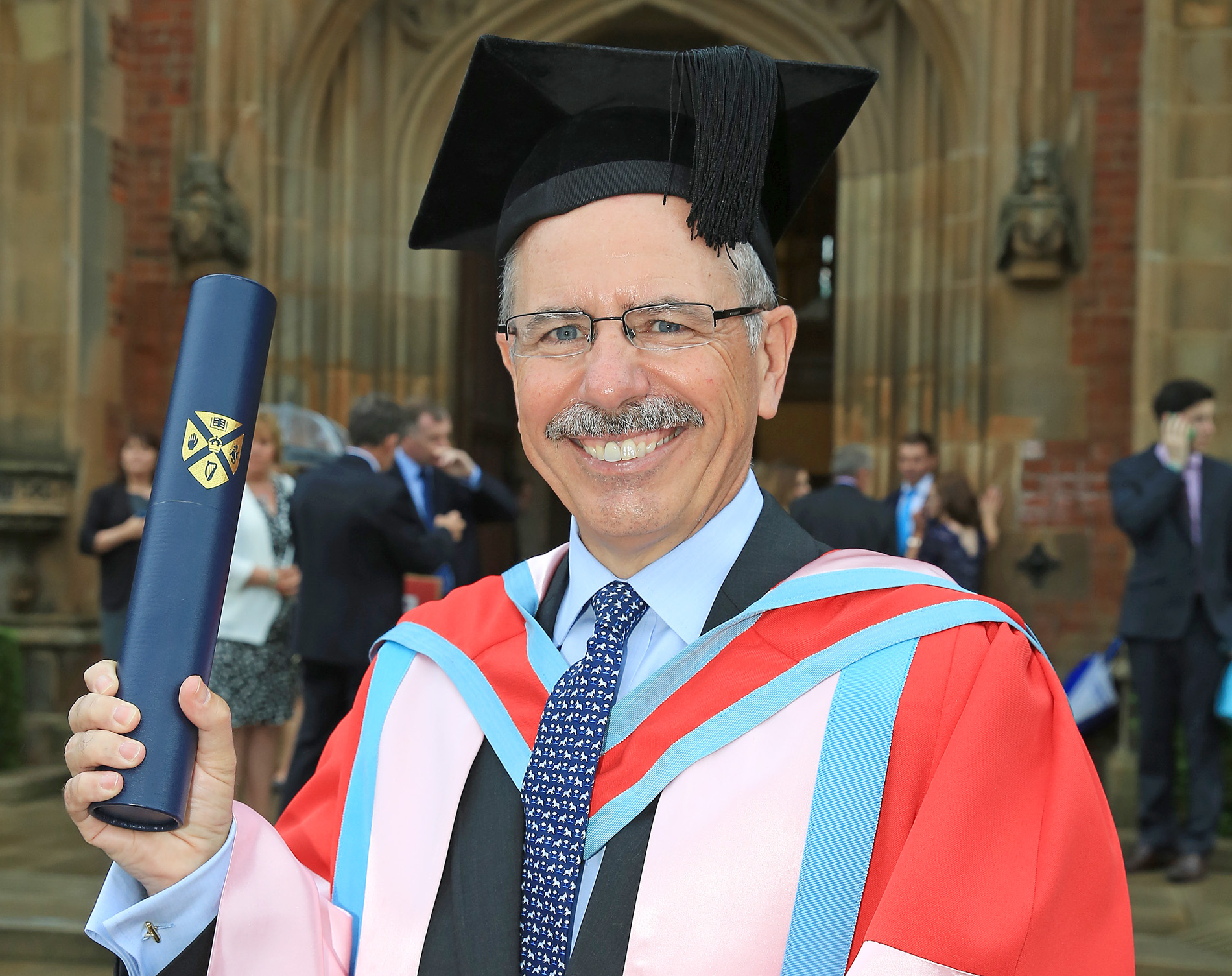 An Andersonstown native who heads up financial services giant KPMG in the US received an honorary doctorate from Queen's University Belfast yesterday for supporting the local economy and fostering transatlantic links.

After graduating from University College Dublin, Tullagh Park man Shaun worked in San Francisco and Chicago before returning to Belfast – where two of his four children were born – before taking up his post with KPMG in New York.

Over the past decade, he has been a generous benefactor of both the American Ireland Fund and the Irish Arts Centre in the Big Apple, where a $50m rebuild fundraising drive is nearing completion. Shaun has also served as honorary chair of the annual New York-New Belfast conference and was a prominent supporter of efforts by the Stormont Executive to bring investment here.

Addressing graduates at yesterday morning's ceremony at QUB, he quoted Aristotle's famous words of advice: "Where your talents and the needs of the world cross, there you will find your vocation.”

"Make no mistake," he added, "your talents and the needs of today's world cross in many critical places and you have the opportunity to make tremendous contributions to your community and further afield."

He urged the graduating students to give back to their communities. "If you want to feel truly rewarded, find a way to give back, particularly within your work. We have all been enriched, personally and professionally, by the advantages of education and all the opportunities we have had. We should ensure that future generations have the same opportunities we had. We owe it to them."

Shaun was joined at the ceremony by his wife Mary and children Natalie, Rachael, Lauren and Timothy, who flew in from the US. Not travelling quite as far was nephew Eoghan Byrne of South Belfast, who graduated in psychology at the same ceremony.

Conferring the honorary doctorate on Shaun Kelly for his contribution to the local economy and for the fostering of business here, Queen's also lauded his support for its international City Scholars Programme.

"The award recognises his outstanding achievements and bears testimony to the high regard in which he is held by so many on both sides of the Atlantic,” said university director of development Norma Sinte.