Re-energised Cacace keen to make up for lost time 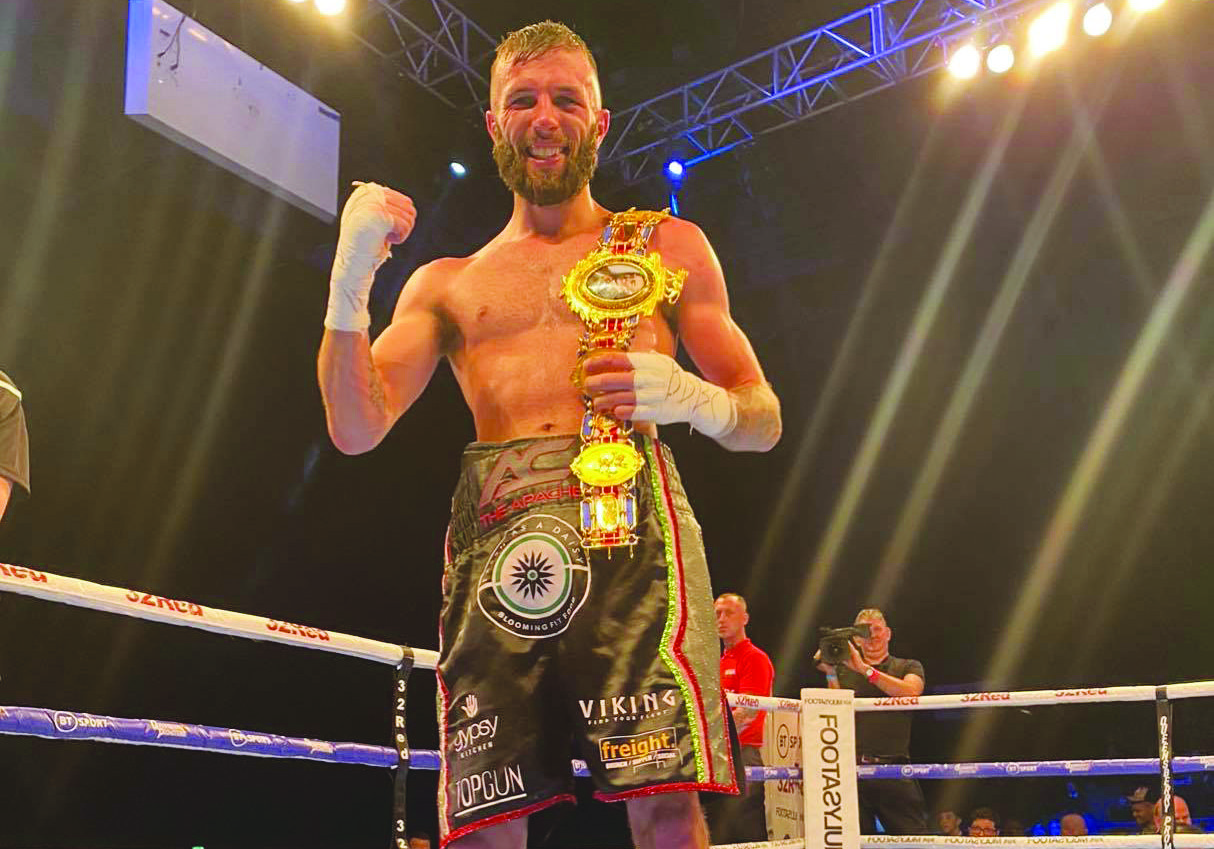 HAVING put a nightmare 2020 behind him, Anthony Cacace says he is ready and raring to go ahead of his first defence of the British super-featherweight title against Leon Woodstock in London on February 27.

‘The Apache’ claimed the coveted Lonsdale Belt with a gritty performance against Sam Bowen back in November 2019, earning the title and a promotional deal with Frank Warren in the process.

It appeared that something of a stop-start career would finally see some real traction as the West Belfast southpaw finally had something tangible to show for his efforts and opportunities on the horizon, but in a year when sport was ravaged by the pandemic, Cacace has his own health issues that would leave him sidelined.

When sport began to emerge from the initial lockdown, July 10 was the date set for this first defence against Woodstock, but a mouth infection forced a postponement until October.

However, the problem had not been resolved with the after-effects leaving Cacace physically drained and unable to summon the energy to put in the hard yards in the gym. He and his team had no option but to seek another postponement and write-off what was a frustrating year.

“Before the Bowen fight, I had a lot of issues with my mouth swelling up,” recalls the 32-year-old, whose fight will act as chief support to the eagerly anticipated WBO super-featherweight title showdown between Jamel Herring and Carl Frampton.

“Both sides at the back were swelling and I didn’t know what was going on, but there was a lot of pain.

“I thought it would be best to go to a private dentist and he told me it was the worst infection in a mouth he had ever seen or dealt with. He said if I wasn’t so fit when I was fighting Bowen, God knows what would have happened with the infection it was that bad.

“I took it as a life-threatening thing in a way and thought that I am going to have to get this sorted and I did.

“A week later and my mouth started filling with pus and the pain was excruciating. I couldn’t even describe how bad it was, so I just did what was good for me without taking the risk because God knows what I was risking.”

It is testament to the affable Lenadoon man that he had actually been suffering with the infection prior to the gruelling title win over Bowen, but once he found out the severity of the problem, there was no option but to ensure that it was fully healed before attempting to step back through the ropes having had to take the long road to get to this point in his career.

“I wasn’t willing to get in the ring and fight Woodstock then lose over something like that,” he continued.

“I made the call myself. I don’t want to risk it; I’ve worked this hard, waited so long and finally got it, so why go into something half-baked and risk it? This fight is going to be tough even without an injury, so I weighed up the options and decided I wasn’t right.

“I’m in a good place, working hard and making sacrifices and just looking forward to getting onto this great show on the 27th.”

With those issues now finally in the rear-view mirror, Cacace reports he is back to full strength and is ready to kick-start this phase of his career with a performance to add his name to the world title conversation.

Before Christmas, he enjoyed a week sparring Frampton in Manchester with those rounds benefitting both men as they prepare for their respective assignments at the end of the month.

Cacace took more than confidence from those rounds with ‘The Jackal’ as he also learnt some different training techniques, he feels will only make him better and stronger when entering the ring against Woodstock.

“When you get offered an opportunity like that, you don’t turn it down,” he stressed.
“I got a couple of rounds in with Carl over a week there, so I feel privileged to be asked to come over. I felt great there and I loved it.

“Over there was perfect for me as I got to see what they work on and I brought some of the things back home.

“Things that I’ve never done before in the gym like jumping bars, I started to do now so I learnt some bits and pieces there and it was a great experience for me, and I’m sure it was for Carl too.”

Cacace is backing his fellow Belfast man to create history on the night and become Ireland’s first ever three-weight world champion and having sparred Frampton in the build-up, will know more than most how ‘The Jackal’ is shaping up ahead of his date with destiny.

“Carl is looking 100 per cent and he is really up for this,” he confirmed.

“I really tip him to become a three-weight world champion as he is looking great.”