Reds return after enforced break determined to turn the corner 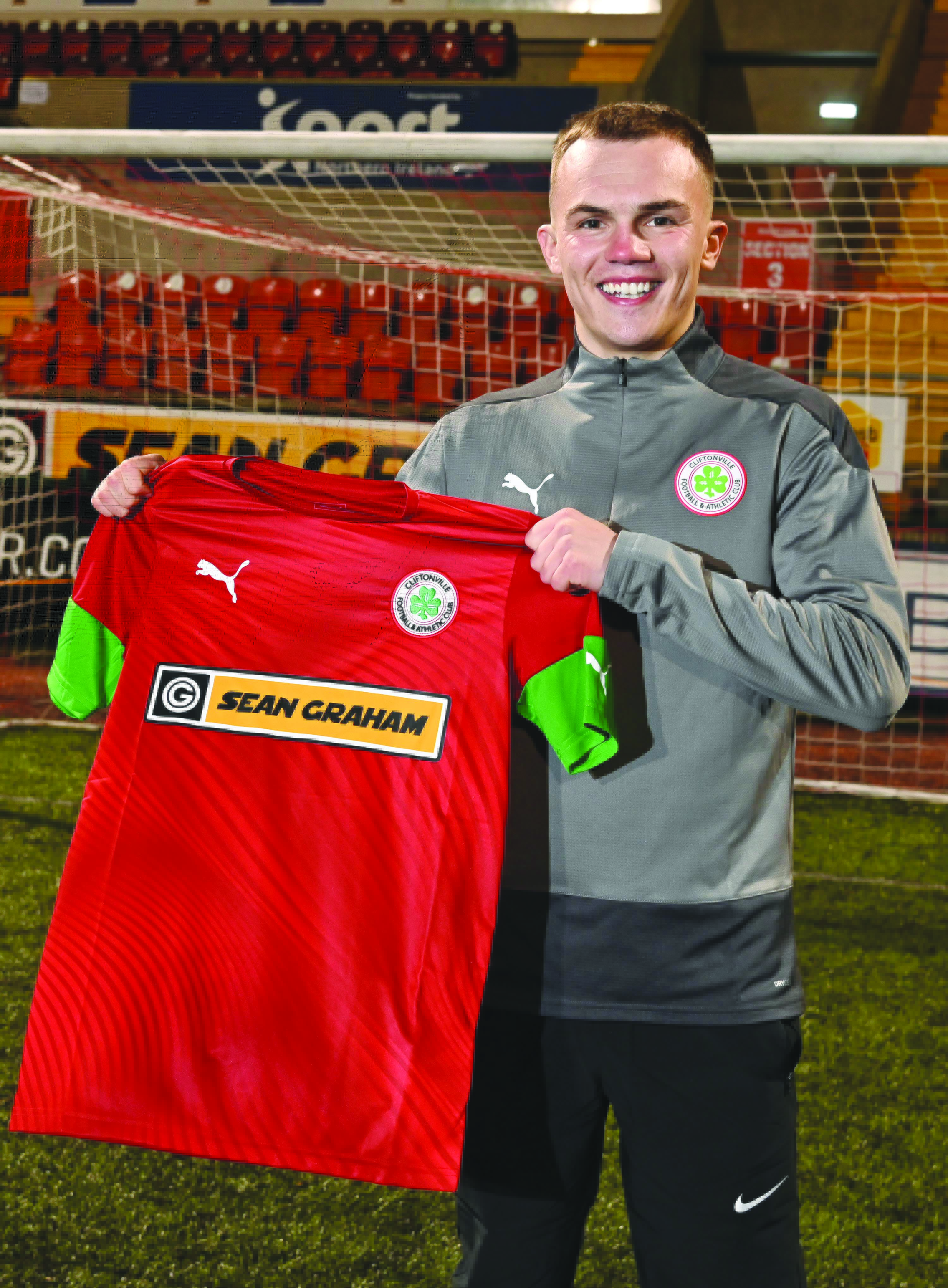 CLIFTONVILLE manager Paddy McLaughlin is targeting an upturn in fortunes to coincide with the new year as Cliftonville kick off 2021 against Dungannon Swifts on Saturday.

The Reds ended 2020 on a losing note with defeat to Coleraine and make the trip to Stangmore Park (3pm kick-off) looking for a win that will see them turn the corner.

Dougie Wilson’s double ensured that the Swifts came out on top in the last meeting between the sides at Stangmore in November and McLaughlin isn’t underestimating the threat of Kris Lindsay’s side.

“We want to get the new year off to good start,” McLaughlin insists.

“We’ve dipped a bit over recent games and were beaten by Dungannon at Stangmore Park back in November. It’s a tight pitch and they’re a good footballing side and have young quality players that are full of enthusiasm and energy.

“We’ve got to at least match the energy and hard work that they have, and they can play as well.

“It should be a good game; we want to have a good start to the new year and hit the ground running and put 2020 behind us.”

McLaughlin gave his players some time off over the Christmas period to spend time with their families and hopes it will have had a positive effect after a difficult December results wise.

“The boys had a couple of days off over Christmas,” McLaughlin revealed.

“It’s only right that they enjoy their first Christmas off without the St Stephen’s Day games and spend it with their families and clear their heads because we’ve had disappointment over the last few weeks with results and performances.

“It’s good for them to spend some time with the family and away from football to refresh and hopefully we’ll be good to go.

“We trained hard in the build-up to Christmas and we’ll get a few sessions this week to prepare for Saturday and we’ll hope that 2021 will be a new start for us in the new year.

“The boys want to hit the ground running after the disappointment that came at the end of 2020.”

Following defeat to Coleraine, McLaughlin said he hoped to freshen his squad for January and did just that last week with the double signing of goalkeeper Aaron McCarey from Dundalk and midfielder Rory Hale from North Belfast rivals Crusaders.

28-year-old McCarey spent two years with Europa League participants Dundalk, while Hale returns to Solitude having played for the club at underage level before securing a move to Aston Villa.

McLaughlin is delighted to land the duo and hopes they will provide competition in their respective positions.

“Aaron McCarey is a massive signing and we’re delighted to get him on board,” said McLaughlin.

“He comes with top level experience and pedigree coming from the all-conquering Dundalk.

“You’ve seen how successful they’ve been over the last couple of years. He was at Wolves, Ross County and in the Irish league with Warrenpoint.

“It’s a major coup for us and we were delighted to get him board. It increases competition in the goalkeeping department because like all positions, when a player of that calibre becomes available then you’ve to try and get on board and we’re delighted.

“He had so many offers and a lot more money was involved at other clubs, but he felt that Cliftonville was the right club for him and it’s brilliant to see that the player put the desire to represent the club before money and we’re delighted with that. He’s there to provide competition and take us up a level in that department.

“Aaron is here to provide competition and the both of them will go head-to-head, it’s brilliant for the club and fantastic for us to have two top keepers at that level competing against each other to come out as number one.”

On the signing of Hale, McLaughlin repeated his delight that there will be fresh competition for places in the team. He continued: “Rory is coming in from Crusaders provides us with options in midfield.

“He was in demand with Larne amongst other clubs that were interested in him as well and for good reason, as he’s a top player and a magnificent young talent.

“We were delighted to get the deal over the line and add to the talent already within the squad and hopefully Rory like Aaron will provide fresh competition.”