Remaining quarter-finals down for decision in the Antrim SFC 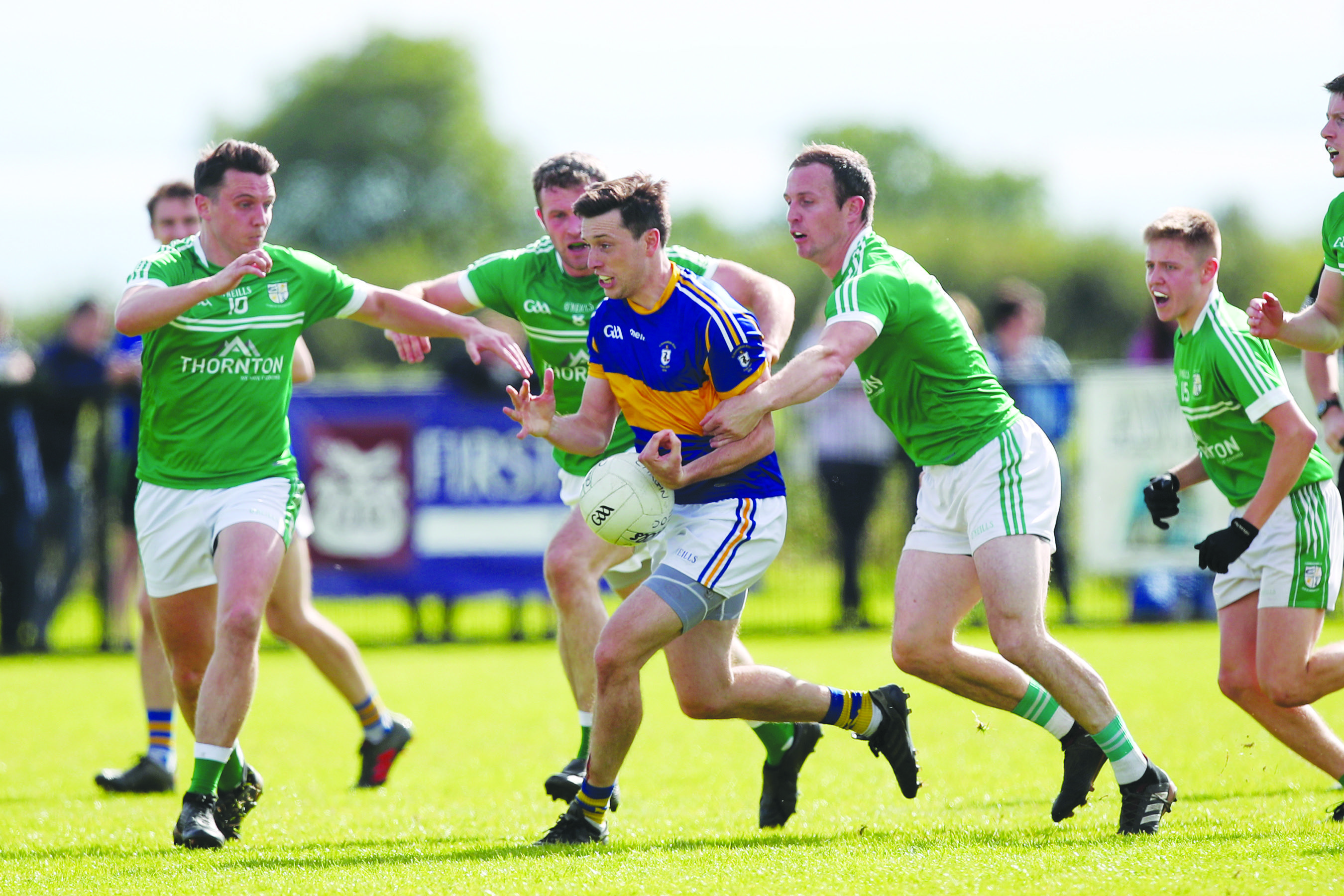 THE remaining semi-finalists in the Antrim Senior Football Championship are set to be revealed this evening when the second set of quarter-finals take place.

The action begins at Dunsilly (6.45pm, live on Antrim GAA Facebook) when St Gall's face Portglenone for the right to take on Creggan this Saturday.

Paddy Murray's charges topped Group Four following their win over Naomh Éanna at Hightown last week despite conceding a bizarre goal when they were late lining out from the water break.

Still, they saw out the win to avenge a defeat to the same opposition earlier in the campaign but have picked up some major injuries along with the way including experienced heads Chris Kerr (ACL) and Conor Burke.

The new regime at De La Salle Park has seen a number of new faces introduced, but there is still plenty of the old guard remaining who brought the club so much success including Aodhán Gallagher, Sean Burke, CJ McGourty and Kevin Niblock.

St Gall's have always found the answers against Portglenone in recent years despite Casement's finding themselves in winning positions in those games, so the question is whether they can score a win this time around.

The Bannsiders could well have reached last year's final having been a part of that epic semi-final trilogy against Lámh Dhearg and will feel they are on the brink of making the breakthrough.

After a shaky start to their Group One campaign, they found the pair of wins they needed to advance and seem to be hitting form at the right time, avenging defeats to Ahoghill and Creggan.

There is plenty of quality with the Delargy clan, Dermott McAleese, Paddy Kelly and Niall McKeever leading the way and this game could well be another tight affair.

The other game takes place at Ahoghill (7.15pm) when defending champions Cargin square-off against Rossa with Lámh Dhearg lying in wait for the winner.

The Erin's Own men swept through Group Three with little fuss, winning all six games and were able to inject some new faces including the towering Pat Shivers and Sean O'Neill to assist the vast experience of the McCanns, James Laverty, Justin Crozier, Kevin O'Boyle and Kieran Close.

These sides met last year with Cargin emerging after being pushed for long stretches and are overwhelming favourites with the bookies, but games are decided on the field and not in shops, just as Rossa's hurlers proved on Saturday when being rated similar outsiders.

That win came at a cost with Michael Armstrong picking up a hamstring injury that will likely keep him out this evening, whilst the exertions of their punishing dual schedule leaves Sean Fleming's men little to no time for rest and recuperation.

They finished second in Group Two following a pair of draws against St John's and last week's win over the Red Hands so will not be daunted by tonight's challenge. The question is whether they can raise it again having gone to the well non-stop across two codes in such a short space of time.