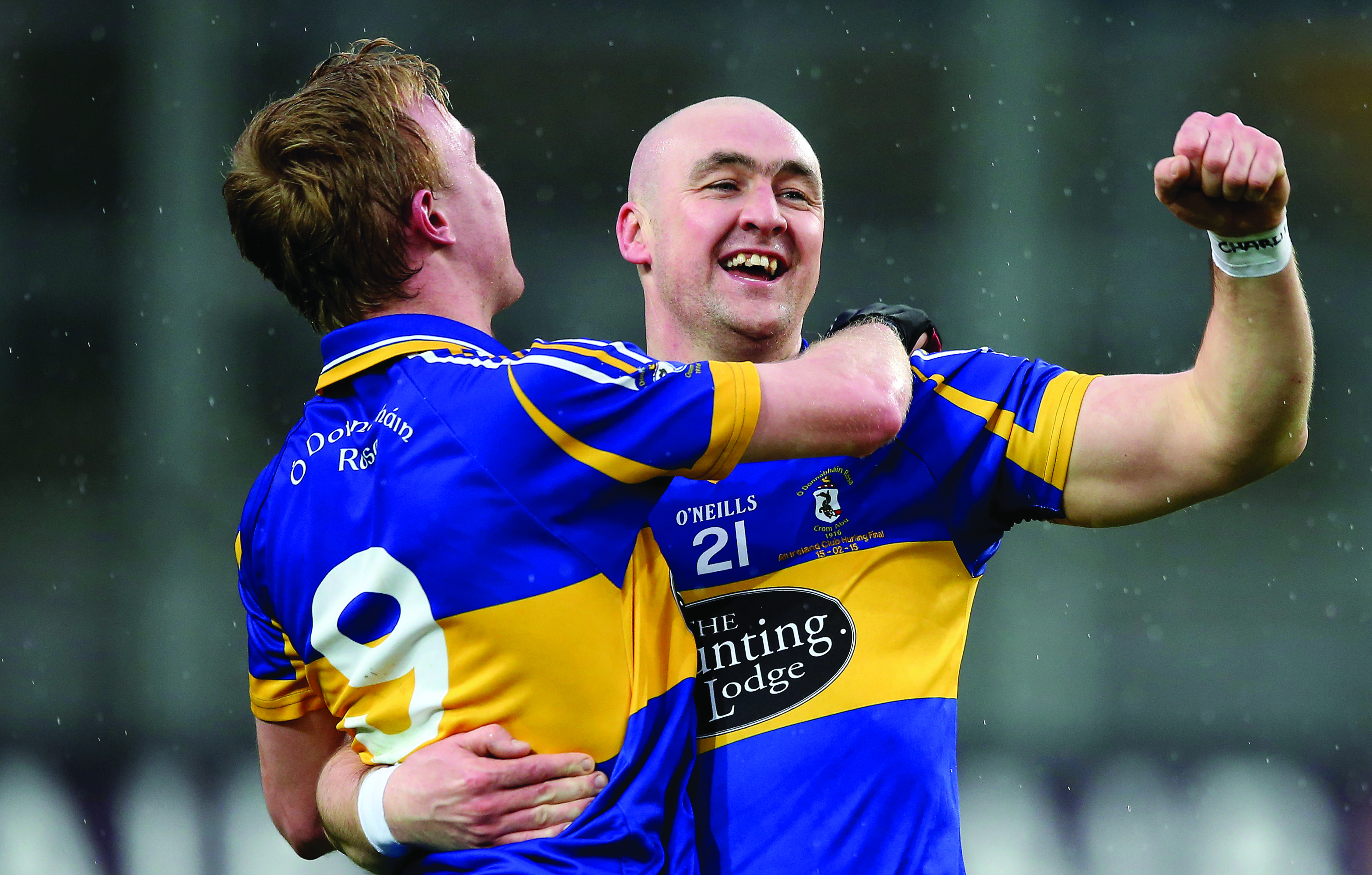 O’DONOVAN Rossa were crowned All-Ireland Intermediate Hurling champions at a rain-lashed Croke Park yesterday.
The West Belfast side scored a 1-9 to 2-3 win over Kilburn Gaels in what was a poor game but an incredible occasion.
Stephen Beatty scored the Rossa goal two minutes after the break and this score was decisive as the Premier Club fended off a determined rally from the London club to secure the title in front of their jubilant support.
“We have been in a similar situation in games like this before, but again the character shone through,” said a delighted Rossa selector, Aidan Hamill after the game.
“They had the belief to hold on and didn’t panic. That has been the big thing this year.”
Read in depth coverage of Rossa’s All-Ireland triumph in this week’s Andersonstown News.