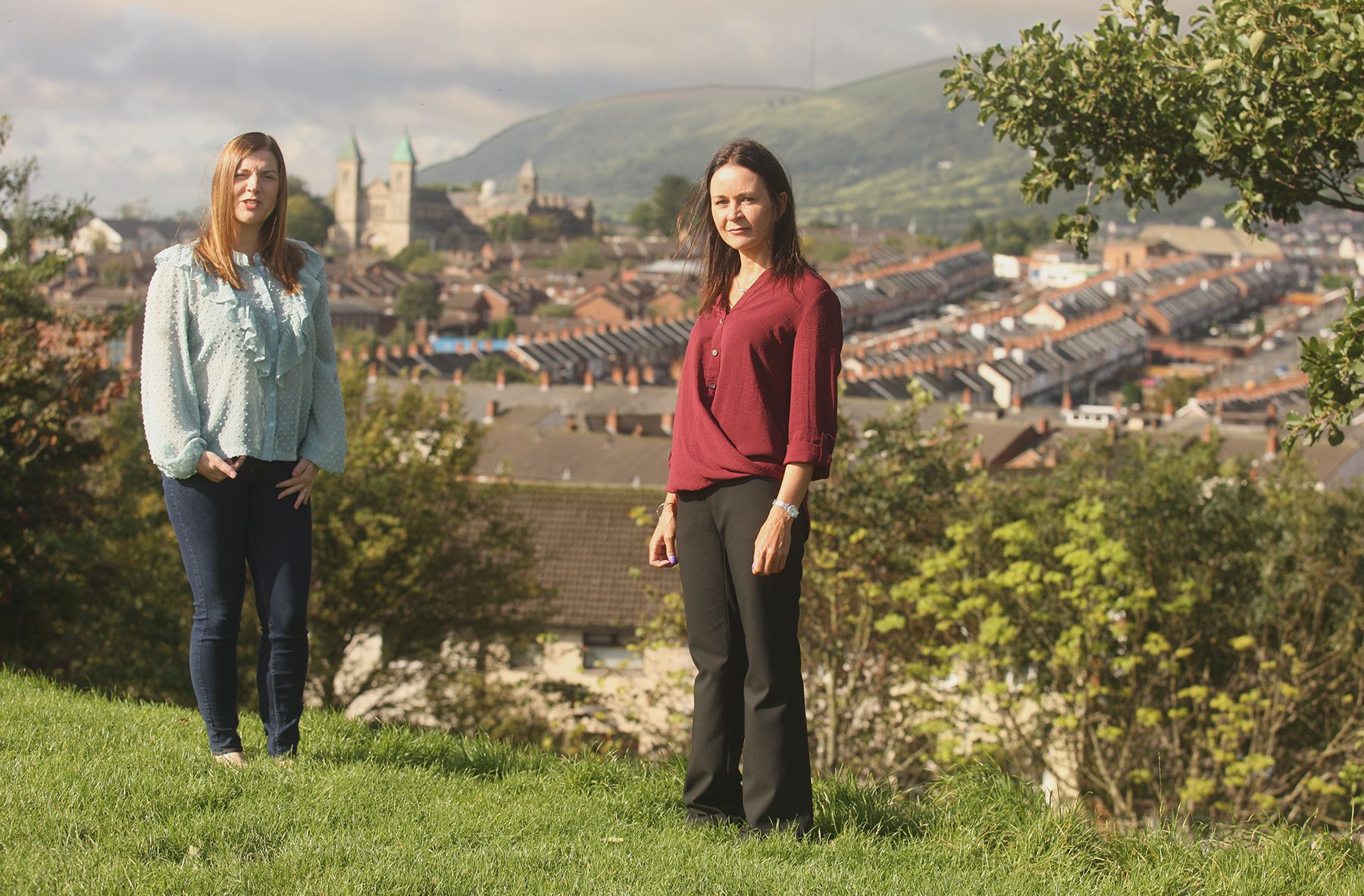 NEW COUNCILLOR: Shauneen Baker, left, stepped down from the Council this week, with Nichola Bradley being co-opted for Sinn Féin in the Oldpark

AFTER a break last month, Belfast City Council was back for September’s business –  virtually of course in the current times.

First up was a new face on the Microsoft Teams meeting – Nichola Bradley of Sinn Féin, who replaced Shauneen Baker in Oldpark DEA last week.

Councillors then were addressed on the subject of alleygating – a Council scheme used to help reduce anti-social behaviour, burglaries and fear of crime in areas of Belfast where they have been installed. As well as making neighbourhoods feel safer, they're also helping to build a cleaner environment.

Knockbreda resident Dino Cafolla and Ormeau resident Elizabeth Pantridge explained how they had transformed their respective areas during lockdown. Both were hotspots for crime and anti-social behaviour which have now been cleaned up for use by the community. Both residents called for alleygates to be installed to ensure the area remains clean and secure for their communities.

It was then on to Strategic Policy and Resources Committee minutes and a recurring issue once again at Belfast City Council in the shape of bilingual street signage.
Sinn Féin Group Leader Ciarán Beatie called for the issue to be brought back to group leaders with further legal advice on how we go forward.

People Before Profit councillor Fiona Ferguson –  stressed she did not want the issue kicked down the street like a can once again.

Alliance Group Leader Michael Long, a keen supporter of the Irish language, said he was disappointed the issue has come up again with no agreement. He called for bilingual signage to be made less contentious.

DUP Alderman Brian Kingston argued the current Council policy is adequate enough. He said Council progresses requests for bilingual street signage every month and reminded councillors that there is strong support for residents who want it as well as those who don’t.

Sinn Féin councillor Danny Baker said the Irish language was “not contentious”.
SDLP councillor Donal Lyons said he could understand the frustration of Irish speakers in the city that the conversation had not moved on.
Eventually, a proposed motion by Cllr Ferguson which called for the removal of the one-third threshold which is currently required to start a process and then a 50 per cent plus one majority would achieve the change. The proposal was defeated 30-26 but without real resolution on the issue, it is sure to be brought up again soon.

Dumping
The rest of the Committee meeting minutes passed without much incidence, minus some complaints from councillors about some Belfast City Council public services which have not been fully restored since the easing of the Covid-19 lockdown restrictions.
Sinn Féin councillor Claire Canavan raised a public health and dumping issue at Springfield Avenue Civic Amenity, which remains closed as a Council service.

Green Party councillor Áine Groogan called for the Council’s cleansing/waste enforcement team and night time noise teams to be brought back to full capacity after Covid-19. In response, Chief Executive Suzanne Wylie said the Council was dealing with “more waste than ever before” with staff working on a resumption of full services.
It was onto the motions, and first up was Alliance councillor Peter McReynolds who called for the investigation of Universal Basic Income (UBI) for the North in the wake of the Covid-19 pandemic. He said it would be a radical overhaul of the welfare state and the positive impact this would have on poverty alleviation, inequality and mental health.
Sinn Féin councillor Matt Garrett questioned the visibility of UBI and said it was not the “silver bullet”.

DUP Alderman Brian Kingston said his party would be abstaining from a vote on the motion, stating that UBI has its downsides which could undermine the current welfare system and said councillors  needed more evidence that it is a workable solution.
PUP’s Billy Hutchinson supported the motion, saying it was a “human right” and Council agreed overall.

In what looked like a straightforward motion next by Sinn Féin’s Claire Canavan, it was anything but in the end. The motion called for adequate housing to be a primary focus of government as it is vital to building and sustaining communities and improving the health and wellbeing of citizens. As various amendments were proposed adding some words here and there, DUP councillor Dale Pankhurst called for councillor Canavan to replace “North of Ireland” with “Northern Ireland” in the wording.

A heated exchange followed with the majority of councillors expressing their disgust and embarrassment that party politics was being used in an important issue like housing. Alliance’s Michael Long told councillors to “wise up” and it was eventually decided both terminologies for the place we all call home would be written in the motion.

Lord Mayor Frank McCoubrey then remined councillors they are civic leaders and said he was “disappointed” the way the meeting was going.

Patients
Another lengthy debate followed next after a motion proposed by PBP’s Fiona Ferguson on free car parking for health workers, patients and workers.

Cllr Ferguson opposed the recent move to remove free car parking for health workers and called on the Minister for Health and the wider Executive to immediately reverse this decision.  Sinn Féin’s Ciarán Beattie said there was a need to look at wider issues of parking around hospitals like the Royal Victoria Hospital and in streets of local residents.

Green Party’s Áine Groogan wanted to remove the term “free” car parking from the motion which she said encourages demand, rather than those that actually need it. She proposed an amendment which places a greater emphasis on public transport and bike schemes and measures such as free transport for healthcare workers. Cllr Ferguson could not agree on removing free car parking from the motion and the Green Party councillor’s proposal was carried after a vote of 28 to 23.

There was still time for more virtual heated tensions thanks to a DUP motion calling for Belfast City Council to bid for the National Armed Forces Day to be held in Belfast in June 2022. A furious Ciarán Beattie called on legal advice from the City Solicitor on the issue, saying such an event would divide the city.

In response, DUP’s Dale Pankhurst defended the motion saying the British Army have been to the fore of defending democracy and said he wouldn’t be taking any lectures from Sinn Féin on human rights. The motion will be referred to Committee and is sure to cause tensions once again amongst our elected city representatives.

Other motions on the night brought forward included one on a Climate Change Act, alleygating (following the earlier address by residents), the need for Needle Exchange Facilities and a Summer Youth Employment Programme. All will be discussed further at their respective Committees later this month.