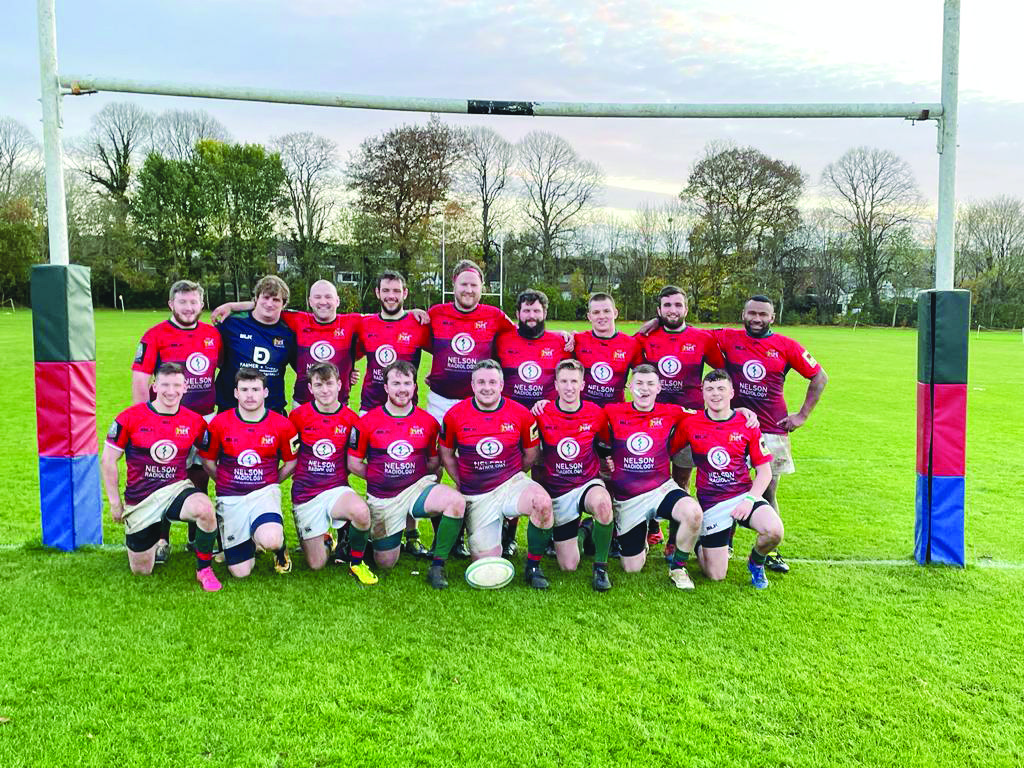 THIS autumn marks 100 years since Civil Service (NI) Rugby Club was formed by staff of the then newly established Northern Ireland Civil Service.

After some years of success playing at a junior level, the club was given senior status by the Ulster Branch in the 1928/29 season and celebrated by winning the senior league at its first attempt, a feat that it repeated in 1969-70.

The club currently plays its rugby in Ulster Rugby Championship Division 3 and runs two adult teams on Saturdays, playing out of the grounds at Stormont.

The club is now an open club welcoming players from outside the original remit of the Civil Service, with many players joining because of the convenient location within Belfast, the excellent facilities, the stunning surroundings of Stormont Estate and the friendly nature of the club.

1st XV team
The club has a long and proud tradition of producing players, referees and officials who gained international and representative recognition.

Several players were capped by Ulster and Ireland, while others who passed through the ranks of Service teams achieved similar honours, including British Lions status.

The club’s most distinguished son was perhaps Dudley Higgins, an accomplished full back, who gained caps during the 1948 Five Nations Championship, and in doing so became one of an elite band of players who have won a Grand Slam for Ireland.

The club has invested heavily in its youth section (Y8-Y14), to compliment its already well established Mini rugby programme (4-11 year olds), through its Youth Development Rugby Programme which re-commenced in September 2021 after a three-year lapse; and has in the season just past seen approx. 175 children attend rugby activities at Stormont in the first year of this new programme.

This has resulted in the club developing U12 Development boys, U12 girls, U12 boys, U14 boys and U16 boys squads last season.

Phil Kennedy, Youth Rugby Convenor said: “We have been astounded by the success of our Youth Development Programme in its first year.

“The number of children who have attended rugby sessions at the club and who have gone on to play competitive rugby and represent the club, many of whom had never played rugby before, is remarkable.

“I must thank the excellent group of Youth coaches that we have for all the hard work they have put in over the last year and I am looking forward to another successful year where we can assist more young players to experience rugby at the club.’’

However, it is not only the Youth that the club is looking to provide rugby opportunities to.

The club’s two senior teams both provide those who are interested in either trying rugby for the first time or returning to rugby, the opportunity play at a social level or a more competitive level whilst enjoying the great team environment that a sport such as rugby provides.

Civil Service Head Coach, Michael Curran said: “We pride ourselves on providing our players with a great environment to learn and play rugby in.

“We welcome any new players regardless of their experience or ability to give rugby a try; we also wish to reach out to those players who previously played at the club during their time in the minis, youth or senior sections and who are considering making a return to the game. We will ensure that you all feel welcome and part of our club family.”

To ensure that those who may be interested in trying rugby for the first time or returning to rugby after a time away from the sport, the club have organised a Senior Open Day at Stormont on Saturday 6 August 2022.

This will include an introduction to the club, some light skills training and touch rugby matches in the grounds of Stormont.

Club Chairman, Phil Anderson said: “With the success of the Youth Development Programme there is a great buzz and excitement around the club in a year when we celebrate our centenary.

“The club has played an important role in Ulster Rugby over the last 100 years and we hope that with the growth in the Youth section and the opportunities that we provide at senior level for adult players that this success carries on for another 100 years."

For those adults who are interested in either trying rugby for the first time or returning to rugby then they can contact Michael Curran on miccurran50@gmail.com tel: 07393351309.

Alternatively, you can turn up to the Open Day on August 6 and you will be more than welcome (check our social media for further details).

Any children (Y8-Y14) that are interested in trying rugby with our Youth section should contact Arthur Kerr at arthur.kerr1959@googlemail.com tel: 07888738238.
Youth rugby training will restart week beginning Monday, August 8.