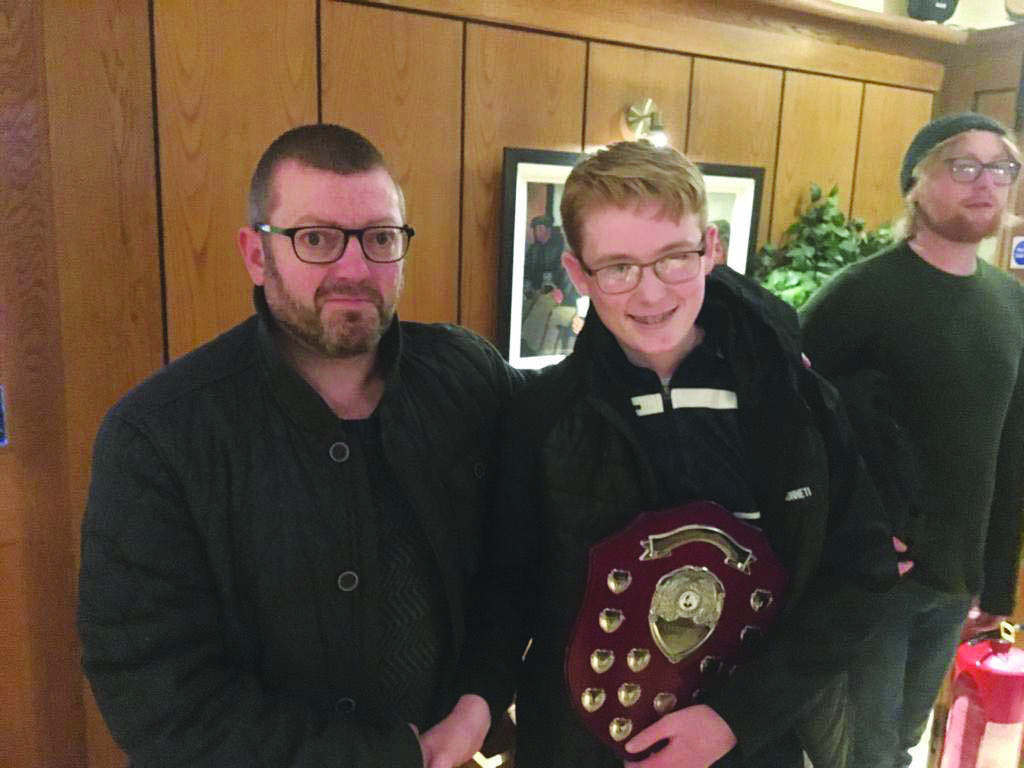 Michael O’Neill served as a player, juvenile coach, chairman and secretary for Pearse’s GAC during a lifetime of service to the club

THE passing of Pearse’s GAC Chairman Michael O’Neill has been greeted with sadness throughout out the GAA community in Belfast.

Michael lost his brave battle with head and neck cancer on Monday after fighting the good fight and his journey had been followed by Gaels throughout the city and beyond.

A regular contributor to this paper with match reports from his beloved Pearse’s, Michael was a towering figure in the club and community, helping revive the fortunes of the North Belfast club that was on the verge of extinction in the late ‘noughties’ as his drive and huger saw a huge revival in fortunes.

Messages of sympathy poured in when the news broke of his passing, with clubs expressing their deep sadness at the loss of a popular figure within GAA circles.

“I couldn’t believe it,” said his brother and Pearse’s secretary, Tomás.

“St Paul’s, who we wouldn’t have a huge connection with, sent messages and probably because of Anto Finnegan as he and Michael were always on supporting each other, but right across we’ve had loads of messages. We’ve a big rivalry with Ardoyne but they have been so good and shows the good of the GAA coming out.

“I even saw Stephen Beatty (Rossa player who lost his own father this year) putting stuff up and that really means a lot.”

Michael filled various roles in Pearse’s, from player to coach and served on the committee over the years, but perhaps one of his greatest achievements was in revitalising the club’s juvenile structures.

He guided youngsters to success and was a part of the minor management team 10 years ago that developed a crop of players who are now the nucleus of the senior team.

“The club had come close to folding around the turn of the century but there was a group that managed to get it back up and running and then we managed to get the seniors going again with myself, Michael and a few others there from the start of it,” said Tomás.

“Michael then came in as secretary and worked for a long time. Secretary is a big role as you have to get pitches booked, keep people informed in the club and really keep the whole thing going so as an administrator he really got the club on a strong footing from there.

“We were playing senior football and coaching teams at the time. He was taking the U12s and they won a B Championship but then he and Anthony Finn got our first minor team in close to 20 years going. That team is still the bulk of our senior team now, so it made a long-lasting impression.”

Unfortunately, Michael was unable to attend as many games as he would have liked in recent months with his condition resulting in his inability to be there for the recent Antrim Junior Football Championship semi-final against St Comgall’s.

However, club members, nurses on his hospital ward and Antrim GAA PRO Sean Kelly rallied together to ensure a live stream of the game would be made available for Michael to watch - a testament to the regard he was held in.

“He and Sean Kelly had a good relationship. It was one of our players who went to try and sort it first of all and a few of the nurses on the ward were trying to sort it too because he had been on the ward for seven or eight months of the last year.

“The county then stepped in and they said they would pay for it and put it on for him to watch so that was a great thing as he was worried about being able to go before that semi-final.”

Michael’s sense of community was exemplified this summer when the O’Neill family came together to embark on an ‘O’Neillathon’ marathon challenge to raise money for the Friends of the Cancer Centre who provide vital support to patients and their families.

They were initially due to enter several relay teams in this year’s Belfast City Marathon that fell victim to Covid-19, but undeterred, the family pushed on with their own version and the money raised exceeded all expectations.

Indeed, donations were still rolling in on Monday following Michael’s passing, ensuring his legacy will live on.

“There are 11 of us (siblings) and then the partners, nieces and nephews so about 40 overall,” added Tomás.

“We would do the relay every year but this year we had two teams and even though it was pulled, we decided we’d do it anyway and it worked out great.

“Even yesterday (Monday) when he died, there were still people donating money and the total now is well over £6000 when our initial target was about £1000.

“The thing with the cancer centre is that it is ticking over all the time. When you are there with your family it seems like the end of the world, but you have to realise there are people coming in every day and especially with lockdown when charities were having trouble fundraising, things like that are essential. The £6000 isn’t massive money to them overall, but they relay on all those £1000s and £500s coming in as it all adds, up, but people would be lost without that hospice.”