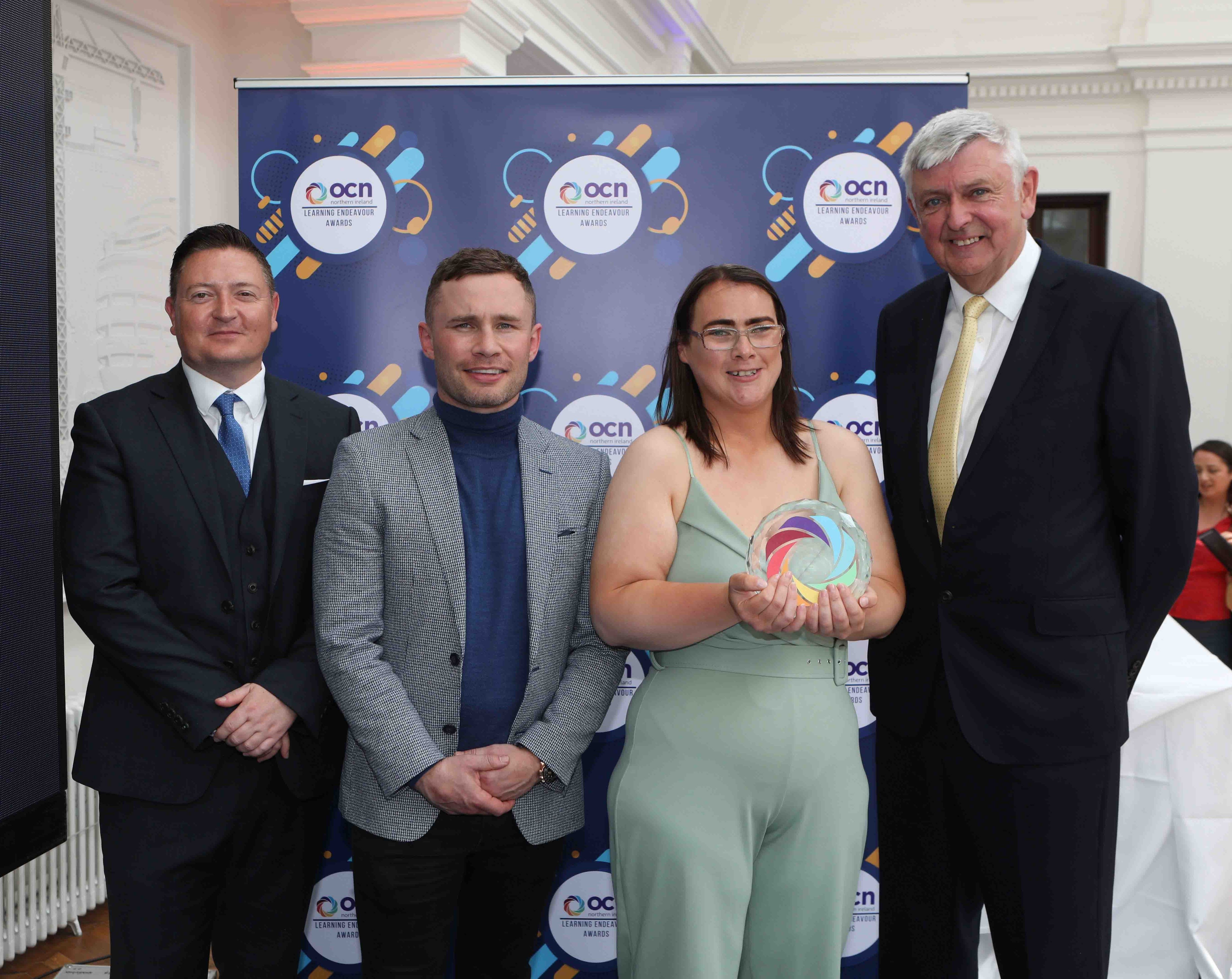 Carl Frampton MBE was the special guest at the prize-giving ceremony at the Titanic Hotel, where he handed out awards and bursaries to young people and organisations who had been highly commended and won categories at the learning awards.

Ms Wright said: “I was already overjoyed to take home the top prize in my category but when it was announced that I was the winner of the Hilary Sloan MBE Learning Endeavour Award, I was so shocked. It was one of the best days of my life and I would like to thank everyone who has supported me through my education journey. This win has given me the confidence I need to continue with my education and do myself proud.”

Martin Flynn, CEO, OCN NI, said: “The main awards took place virtually in April but now that the Covid rules have changed, we couldn’t wait to get everyone in a room and show our appreciation of their efforts in person.

“The learners we honoured have shown real grit and determination in getting their OCN qualifications despite the challenging times we all find ourselves in. Our highly commended recipients and winners are great role models for what can be achieved by hard work, and I’d like to congratulate them all, especially Naomi Wright, for their achievements.”

Carl Frampton MBE, said: “There is no doubt that the young people and organisations deserved their time to shine, and I would like to say very well done to everyone who achieved highly commended status or who won their categories. It was a genuine pleasure to meet each of them and hear about their education journeys and I wish everyone the best for the future.”

Sally Gardens Manager, Martin Connolly, said: "Poleglass Community Association at Sally Gardens are extremely proud of Naomi Wright and Megan Brannigan, both were recognised for their amazing achievements at the recent OCN Learner Endeavour Awards held at the Titanic Hotel.

Both women have been attending classes in Sally Gardens over the last number of years and have gained numerous Level 1, 2 and 3 OCN qualifications. They were both nominated by the centre’s staff and were shortlisted by OCN in the category of Health and Wellbeing Learner of the Year – this was an amazing achievement in itself as there were over 200 nominations completed."