Santos serve up a Christmas treat 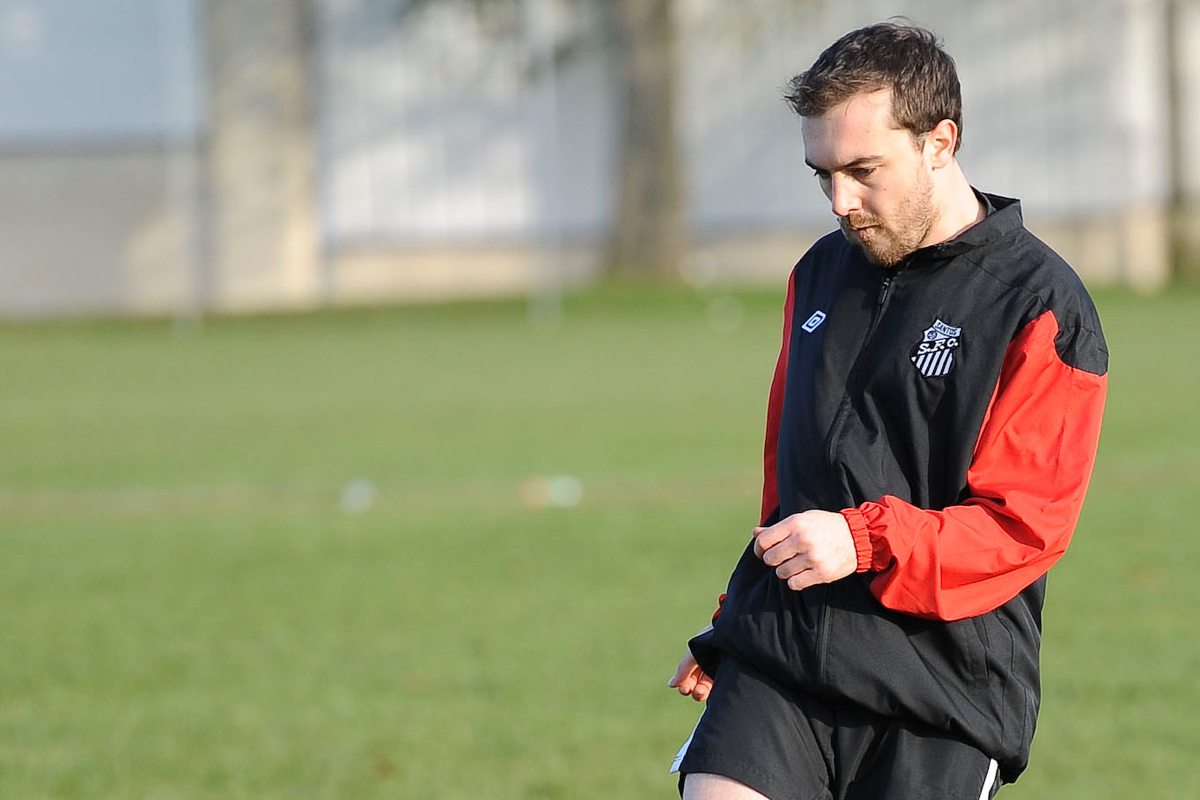 Christmas can either be champagne time or flat beer, shimmering lights or dark shadows.

Santos, on a ‘plum pudding’ of a pitch, ignited a dark December day with champagne football and plenty of Christmas spirit when needed.

With Aghalee restored to full strength, and anxious to wipe out the memory of a mauling the previous week, this was always going to be a tricky fixture.

But Santos were determined not to let complacency blunt their challenge for promotion and served up a performance of sublime elegance and a battling commitment.

The contribution of the young Aghalee keeper and a splendid centre back performance by Lordan helped keep the rampaging Santos boys at bay.

But for the first 25 minutes the ball was zipped man to man among a rampant Santos side.

The full backs Colin Hinds and Sean McMullan were superb and were involved in every Santos attack.

Paul Brady was in a ‘shoot on sight’ mood and it developed into a personal duel between him and the young Aghalee custodian Davis who fielded all Brady could throw at him, including an acrobatic tip over from a 25-yard thunderbolt.

Yet this led to Santos’ opening goal.

A succession of corner kicks saw skipper McGeehan pick up yet another hurried clearance to dip an exquisite chip to the far post for his seventh goal of the season.

Santos, despite all the pressure, failed to add to their tally and out of the blue Aghalee equalised.

McGeehan was impeccable in midfield  and instant, accurate passing from his superb midfield partner Gerry Brady delivered magnificent service to the mercurial Paul Brady and his fellow striker Conor McCormack.

After a bewildering succession of passing Brady, for the umpteenth time, unleashed an absolute rocket of a shot.

Amazingly Davis hurled himself to push the goal bound shot away but full back McMullan, following up, placed a glorious chip right on the head of Robert Clarke and the midfielder headed home his first ever Santos goal.

The quality of the goal seemed to raise Santos to even greater heights but the third goal eluded them.

So half time saw the ‘Candystripes’ lead 2-1.

McCormack and Brady were running riot and McGeehan, now playing the best football of his career, was pushing his team forward at every opportunity.

An amazing succession of let offs kept Aghalee in the game before Paul Brady showed his predatory instincts by robbing the hesitant centre back and drilling the ball low into the net.

The goal would not come however and in a single sortie Aghalee were awarded a free.

Sub goalkeeper CJ Archer capably pushed out the shot but an Aghalee player was on hand to tuck the rebound away despite strong claims for offside. But Santos were not out to lose this game and the game ended as it had begun with Santos like the Christmas Star - in full ascendancy.

“So many of today’s players have patiently waited on the sidelines to grab their chance and when faith was placed in them they produced a performance that rated with many great Santos performances of recent years,” said manager Eugene McGeehan.

“A two-week break follows before Santos embark on their last 11 games with the objective of winning them all.”

Santos wish all of their supporters a very happy Christmas with sincere thanks for their unfailing support to the club.