Something for everyone at Féile visual arts exhibitions 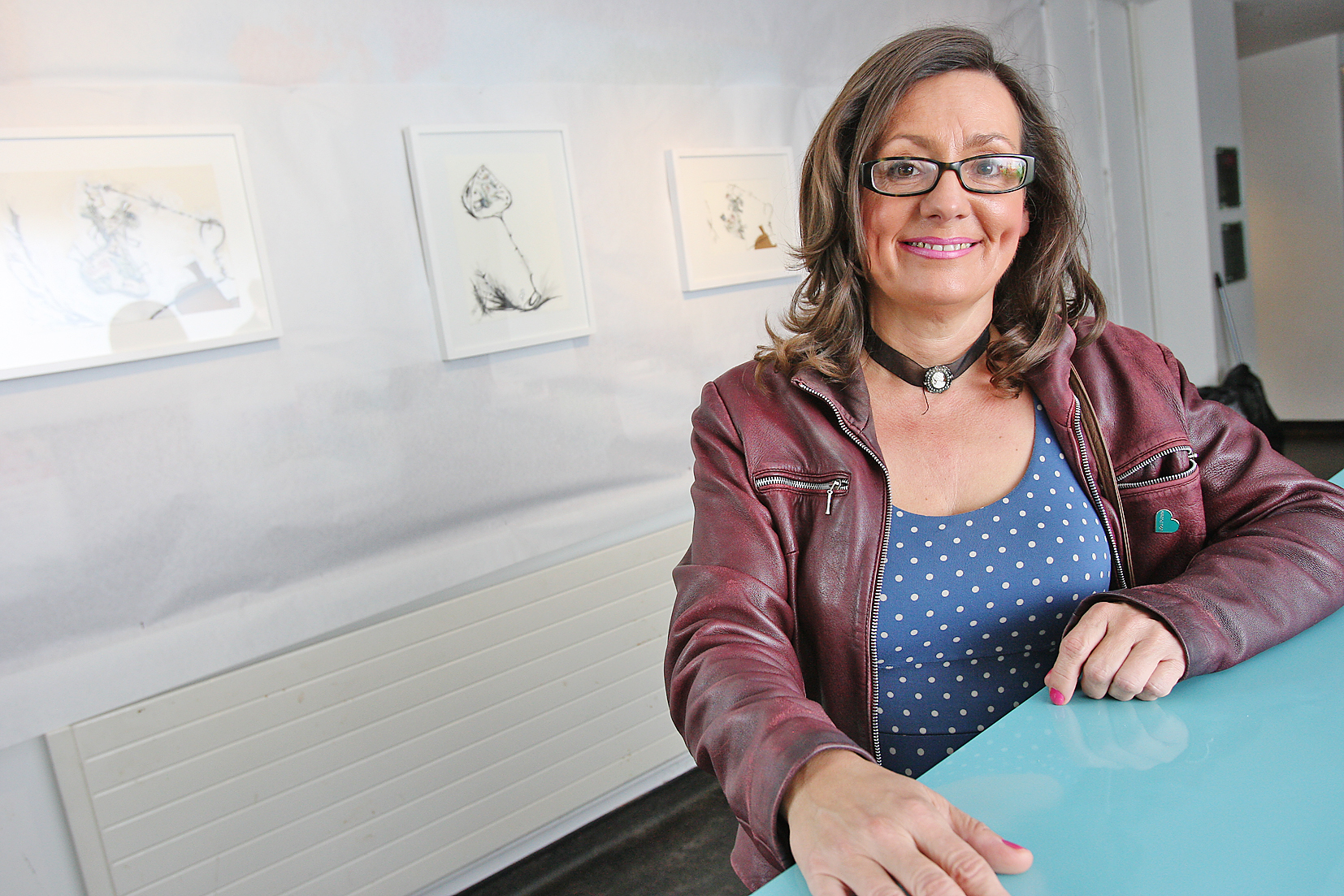 Artist Deirdre Mackel from the Féile Events Group at the exhibition

WEST BELFAST art lovers are in for a treat with the launch of Féile an Phobail’s annual programme of visual arts exhibitions at St Mary’s University College this week.

The exhibitions went on display last Thursday and are open to the public until this Saturday August 8.

This year’s programme is jam-packed, with more than 20 exhibiting artists and groups represented from across Ireland and further afield, with a range of mediums and topics covered.

Other exhibits focus on the memory and bereavement of conflict, with an archive of material on display from the families of the Ballymurphy Massacre victims illustrating their long campaign for justice. Alongside it is the Strand Bar exhibition which tells the story of the tragic events before and after the bomb attack on the Short Strand bar carried out by loyalists in April 1975.

With the centenary commemorations for the Easter Rising less than a year away, a number of exhibits engage with the insurrection’s legacy including artist Declan Byrne’s hand-pulled screen-prints of postage stamps that depict leaders and participants including James Connolly and Pádraig Pearse.

Another exhibit tackling Irish history is Barry Sheppard’s collection of a selection of Irish political cartoons from the Irish Press Newspaper 1931 – 1933 covering the period of the economic war with Britain, the Great Depression, and the legacy of the War of Independence and Civil War.

Other highlights include an outdoor Free Art Féile Trail hosted by artist Anna Donovan which will run throughout Féile week, Ellen Niblock’s exhibition of small expressionist sculptures, and an exhibition by the West Belfast Art Society of works by local amateur painters.

Artist Deirdre Mackel from the Féile Events Group, whose work is also on display during the week, said: “These exhibitions are open to the public and we hope that people will come and enjoy the wonderful artistic talent on display in the heart of West Belfast.

“The works will appeal to a wide audience, and some of them you can even take home. We have local artists from West Belfast, throughout Ireland and international artists from countries including Peru and Ho Chi Minh City so there’s an array of subjects and imagery on display.”

“There’s so much things to see and each year our visual arts programme just seems to get bigger. The range of work – from art dealing with conflict, to the Irish language, to more abstract images – is really testament to the impressive vein of talent Féile has tapped into.”

In addition a number of films will be shown during the week including Laurence McKeown’s ‘You Were Never Big On Luxuries; Art, Life and Conflict’ a documentary film that looks at how EU Peace-funded projects have used the arts to deal with the legacy of conflict in the north of Ireland.

Other Féile an Phobail arts exhibition venues include an Cultúrlann and the Kennedy Centre, which is hosting John Mallon’s photographic exhibition of local West Belfast landscape and wildlife.