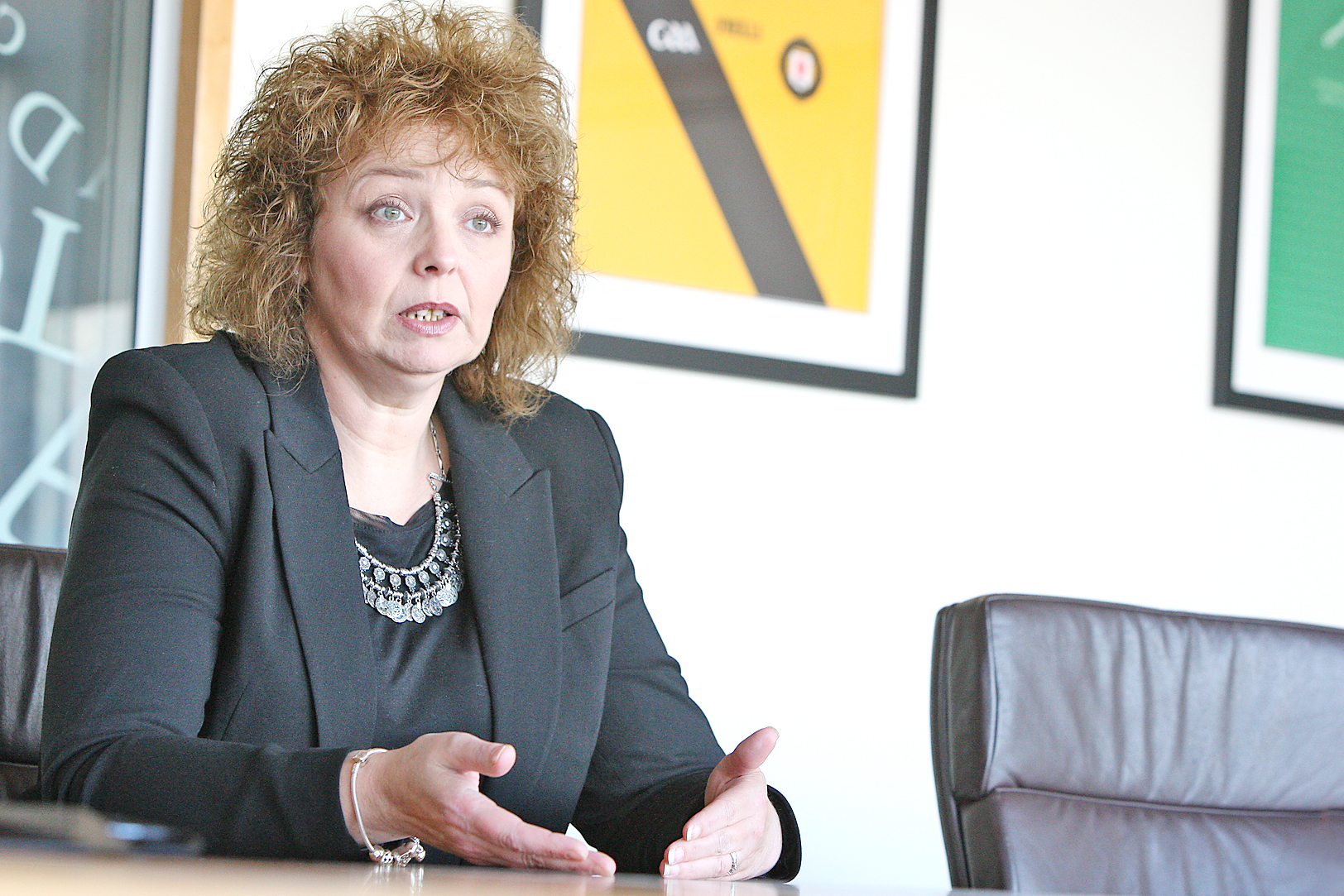 Culture, Arts and Leisure Minister Carál Ní Chuilín speaking to Daily Belfast about the progress of the Casement project

CHANGES are already taking place in the Casement redevelopment plan after an in-depth report made 20 recommendations – including the replacement of key personnel in the project.

The new movement comes after the independent British Cabinet Office report into the project, released last month, said that, despite the challenges, a redeveloped GAA stadium in the heart of West Belfast is “achievable”.

In an interview with the Andersonstown News, Culture Arts and Leisure Minister Carál Ní Chuilín said she welcomed the findings of the Project Assessment Review (PAR), commissioned after safety expert Paul Scott told a Stormont committee in April that the emergency-exiting arrangements in the proposed 38,000-capacity stadium were flawed.

Among other things, the PAR report recommended Paul Scott be replaced as Chair of the Safety Technical Group overseeing the Casement project, a new full-time “senior responsible owner” for Casement to replace a senior Department of Culture Arts and Leisure civil servant, and a new project leader to be appointed by the GAA.

Minister Ní Chuilín says the report has brought challenges but has been helpful and she added that her Department has already started implementing the recommendations with a change in personnel.

“The report made clear that the redevelopment is still achievable but is at risk if certain things don’t happen,” she said. “It made 20 recommendations and there is change for everyone. We have already initiated change in our Department with new personnel starting this week. The report also recommended a new independent chair of the Safety Technical Group and that is also under way.

“We recognise that the redevelopment of Casement has been more challenging and more complex than that of the other stadia but we are working on the issues and the GAA is working on their issues, including capacity, traffic management, evacuation and consultation. This will all be included in the new design and there will be a lengthy consultation period for people to have their say on that design.”

“The consultation process needs to be robust and inclusive and people need to feel like they are being heard,” said the Minister who acknowledged there is significant opposition to the plan to build a regional stadium in Andersonstown. While her Department is not yet aware of the capacity proposed in the redesign, it is expected that any new plan will opt for a capacity greater than that of Clones which at 32,500 is currently the GAA’s biggest Ulster ground.

“I do believe that the Mooreland and Owenvarragh Residents’ Association want to see Casement rebuilt but perhaps at a capacity that doesn’t make it viable, the business case would not stand up,” she said. “The strategic needs of the Ulster Council of the GAA need to be met and this really is a once-in-a-lifetime opportunity. This is the biggest investment the state has ever made in the GAA.

“I left Kingspan (Ulster Rugby’s revamped stadium) this morning. Its redevelopment came through on time and on budget and it is an excellent facility. With one delay at Windsor, it is also coming through now and it is equally fantastic. Casement was initially planned to be done by September 2016, that clearly won’t be happening but we recognise the challenges and believe that despite the challenges it has brought forward, the PAR report has been helpful.

“The officials who did the report, who are used to huge projects like the Heathrow expansion and the building of the Olympic Village, are of the view that Casement can be built. We also believe this project can and should be completed, and I believe that we are now in a better position than ever before to move ahead with it.”