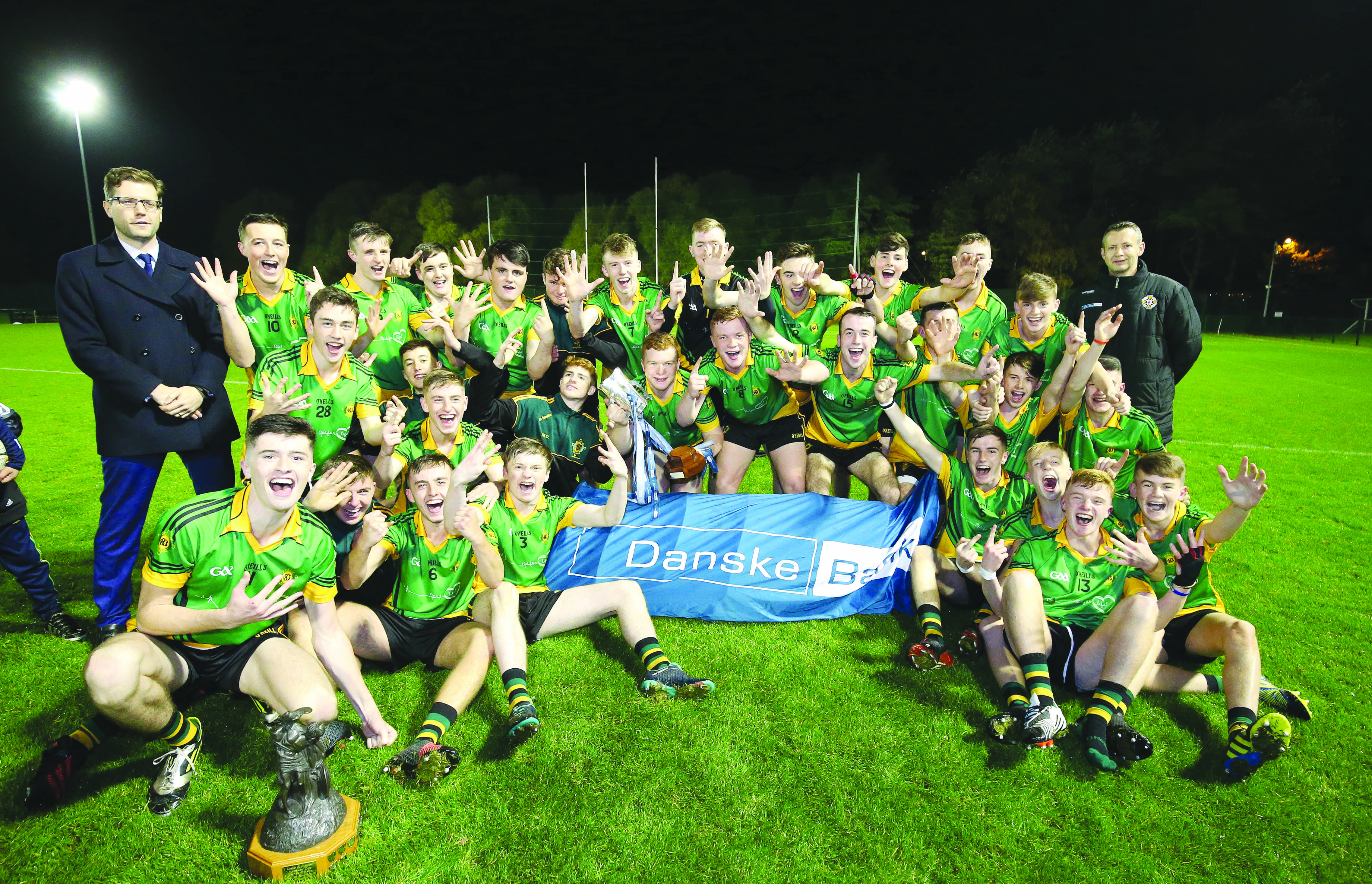 ST MARY’S CBGS hurling manager Paddy Cunningham believes it is hard to pinpoint where his side are at ahead of their Paddy Buggy Cup semi-final with Leinster champions Naas CBS on Friday afternoon writes Kevin Herron.

It is over five months since the Glen Road side lifted the Mageean Cup at the Dub, but that is a distant memory for Cunningham and his side who will travel to Darver 3G, Louth on Friday hoping to overcome a Naas CBS side that defeated Kilkenny’s Col Mhuire Johnstown in the ‘Rest of Leinster’ final and more recently, saw off the challenge of Colaiste Eoin in the Leinster final last Friday afternoon in Blanchardstown.

One thing is for sure, Cunningham is confident his side have worked hard since the Mageean final and hopes it will stand by them come Friday afternoon.

“I suppose it is hard to know where we are at given that it is October since we played our last competitive game,” said Cunningham.

“We’ve had a few friendlies that have prepared us well, but again they haven’t been competitive games in terms of within a competition.

“It is hard to know where we’re at but we’ve a brave lot of work done, so hopefully it will show up for us on the day.”

Although Cunningham believes that Naas CBS will go into the semi-final with momentum, he admits that his team are raring to go and fully expects his players to give their all in pursuit of a spot in the Paddy Buggy decider, given how long they have had to wait for the semi-final to come around.

“If you’re honest about, the fact that they have played the ‘Rest of Leinster’ and Leinster final for the last two weeks it should help them and spur them on with the fact they have a bit of momentum,” Cunningham reflected.

“But at the end of the day, we have had optimal time to prepare for this game. If you look at it from our side, our lads should be very hungry on the day.

“The fact they have been waiting so long for this and have been training so hard for it. Naas definitely do have the momentum, but by the same token I am expecting our lads to be really hungry and go at it full throttle, given we have had to wait so long for it.”

Although the St Mary’s CBGS players may feel pressure with their unprecedented six-year unbeaten record on the line on Friday, Cunningham looks at Friday’s game as an opportunity the players may never get again and insists that both players and management are relishing the opportunity.

“I suppose at the end of the day we are in bonus territory now,” admitted Cunningham.

“We won the Mageean Cup and have been unbeaten for six-years, but again you can look at it on one side.

“People might see it as pressure, I would look at it from the other hand. It is opportunity rather than pressure.

“They have a massive opportunity to get to an All-Ireland final, at the end of the day those opportunities don’t come around very often.