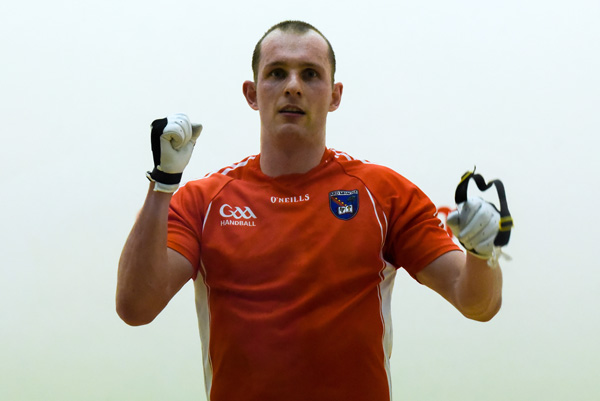 The nationwide ranking tournament is run by St Paul’s with the support of Rossa GAC, Gort na Móna GAC and Coláiste Feirste. Without their courts Belfast could not host such tournaments.

The Golden Gloves 40x20 GAA handball tournament is the traditional launch for the incoming '4 Wall' season.
In its 30th year, it provides a full ranking tournament that hosts the elite open players in both mens and ladies handball.

Most grades start at the round of 16, producing some 150-plus players and running off up to 190 games over one weekend across seven courts in Belfast.

Players from Kerry to Antrim and Dublin to Galway come and push to their limits, but always enjoying the friendly social aspect also.

This year, a big effort has been made to get the underage handball players observed by young hurlers and footballers in the local clubs to further develop handball in the city again.

As ever, a dedicated group of volunteers will be working behind the scenes to put this tournament together as well as all the officials who have committed their time to administer and referee the games.

Updates can be found as the tournament unfolds via GAA handball live on Facebook and Twitter, Golden Gloves @belfasthandball on Twitter and on St Paul’s, Gort na Móna and Rossa's social media feeds.

The finals will take place on Sunday at St Paul’s on the Shaws Road and all are welcome to attend, free of charge.