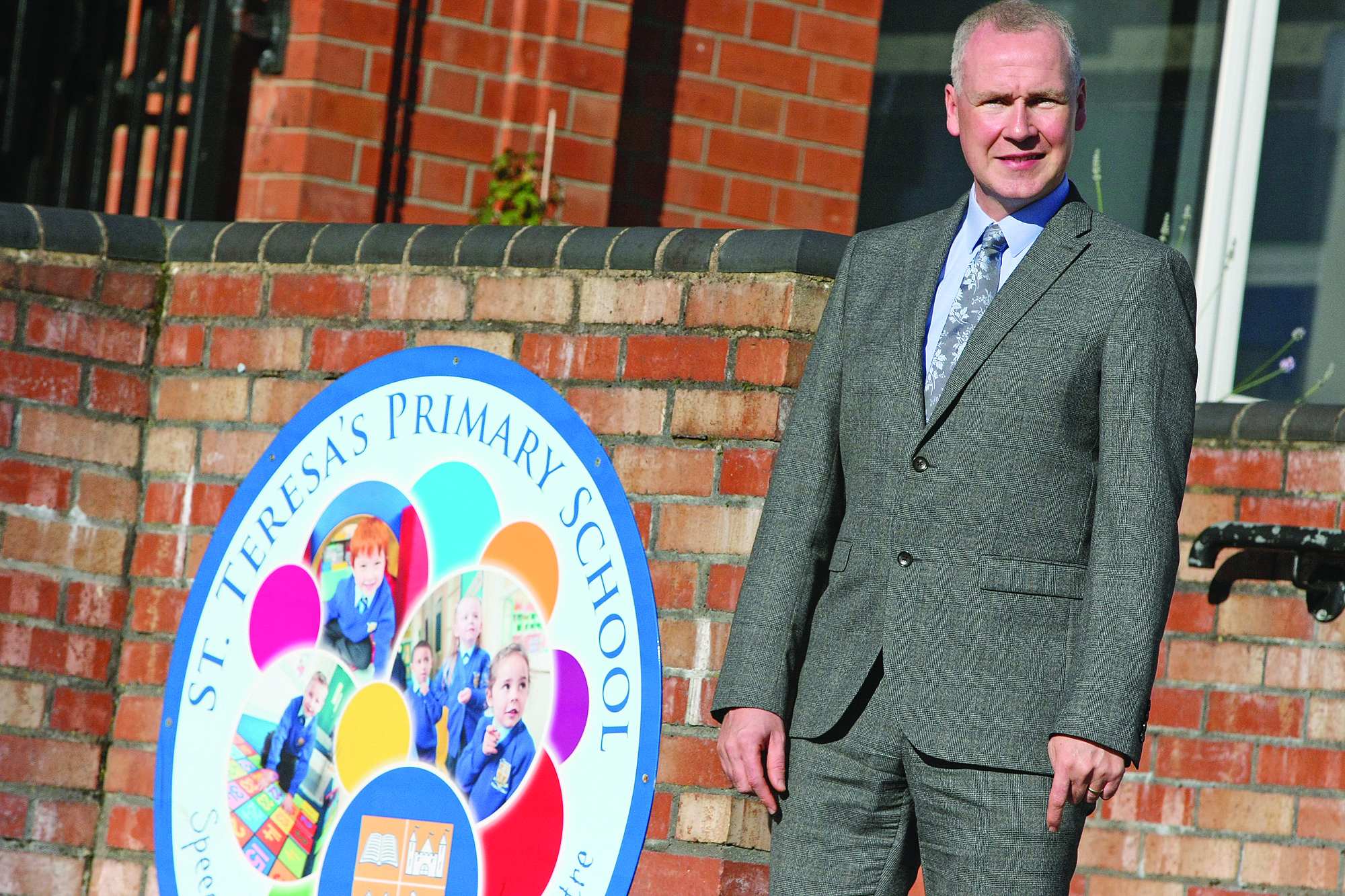 THE PRINCIPAL of St Teresa’s Primary School says he feels the only option for grammar schools is to “abandon” academic selection as a result of the Coronavirus pandemic and use admissions criteria similar to that used in non-selective schools as the fall-out from the transfer test row continues.

Terry Rodgers was speaking after the cancellation of transfer tests, the first of which was originally due to be held on January 9. Yesterday the Association for Quality Education (AQE) abandoned plans to hold a transfer test on February 27. Earlier this month the mainly Catholic PPTC exam body, which runs the GL exam, cancelled their transfer test.

"Whilst many children may breathe a sigh of relief that this stress has been removed, there will be some that are disappointed that months of hard work and preparation were for nothing and that they now face an even greater uncertainty about how schools may select them in the coming months," said Terry.

I had previously recommended to Schools that contingency plans should be prepared in this event. In light of today’s AQE announcement I have now extended the deadline for the submission of revised admissions criteria from Schools to @Ed_Authority until the 22nd January.

The Glen Road primary head told the Andersonstown News that due to the current round of Covid-19 lockdown restrictions around schools, St Teresa’s have approximately 100 children being supported each day as their parents are key workers or they are vulnerable.

“The rest of the children are being supported remotely. Teachers and classroom assistants are working tremendously hard to support both groups with live lessons online, live pastoral sessions, recorded lessons and uploading tasks via well-known apps such as Google Classroom and Seesaw. Despite this tremendous effort from staff we recognise that nothing can take the place of being at school."

Terry said the next dilemma facing schools is how grammar schools will use admissions criteria to select pupils.

"This is not the case. They are carried out at different times of the year, which can affect how successful children will be in the test.

I feel that the only option to grammar schools is to abandon academic selection for this year as a result of the pandemic and its impact on schools, and use admissions criteria similar to those used in non-selective schools.

“Many children may have been absent the day the test was administered and will have completed it at a later date and therefore the result may not fairly reflect the child’s ability.

“Schools use a variety of methods to administer the test, which removed standardisation and therefore equity between schools. Indeed many schools did not assess children last year as a result of the pandemic and the only data they may hold will date back two years to Primary Five. It would be highly inappropriate to use such data to determine selection to grammar schools.

“It is clear that if primary school assessment data was used by grammar schools to select children, this would very much be open to challenge from parents.”

Terry added that there is no outcome that will be “fair to all this year”.

“I feel that the only option to grammar schools is to abandon academic selection for this year as a result of the pandemic and its impact on schools, and use admissions criteria similar to those used in non-selective schools.

"Whilst this is not a perfect solution and some children may miss out in a place in a grammar school as a result, there is no outcome that will be fair to all this year. This decision should have been made much sooner and would have prevented the considerable distress to both pupils, staff and parents alike.”