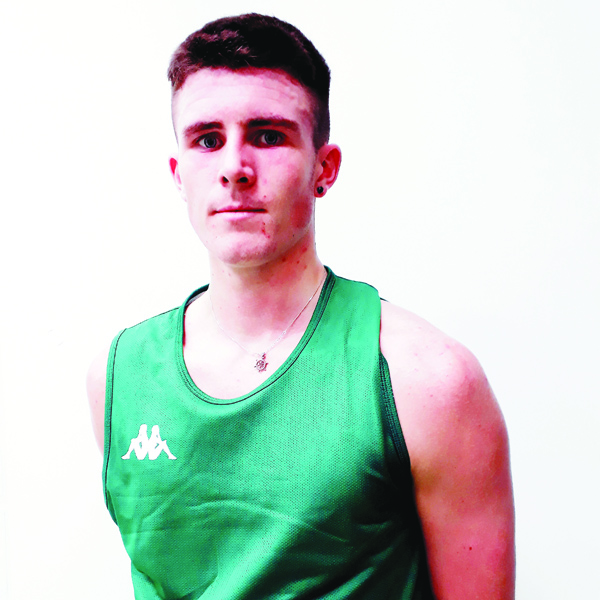 Dominic Lynn produced his finest display of the season

BELFAST Star go into their final home League game of the season at the weekend guaranteed of at least second place and still just one agonising win behind leaders Tralee Warriors.

With only two games to play for all sides, Neptune are the visitors to La Salle on Saturday evening.

The Cork side – who defeated Star earlier in the season – could yet do Star a favour as they will host Tralee in the final round of games, while the Belfast side will be away in Dublin against DCU St Vincent’s.

Star will be hoping to go into these final two league games in the same form that swept aside Dublin Lions 102-61 last weekend – albeit after a none-too-convincing defensive display in the first quarter that saw them concede 25 points.

Lions, however, soon gave the visitors a big wake-up call with Maguire and Rice leading the way to give the home side a one-point margin at the end of the first.

Star stepped up defensively in the second period and quickly went on a 30-8 spree that gave them a 21-point lead at the half.

Adrian Fulton's charges again came racing out of the blocks in the third, with Delaney Blaylock and CJ Fulton to the fore.

In truth, the game was now over as a contest and it was then a matter of playing it out and staying injury-free for the two tougher games that lie ahead in the run-in.

“After the first, we definitely upped our defence for the remainder of the game, and it was a real team effort tonight.

“A lot of players performed very well, and we got excellent contributions off the bench from Dominic Lynn and Adam Ryan. Dominic in particular, came into the game when we needed to show something more in defence. He is hugely athletic and was very effective for us in cutting out a lot of their offensive threat.

“It was also good to give minutes to Conor Quinn who is improving rapidly after being out for so much of the season with injury.”

Top scorers for Star were CJ Fulton with 22 points, Delaney Blaylock on 19, Keelan Cairns 19, Aidan Quinn on 12 and Adam Ryan on 10.

Star’s tip against Neptune is at 6.30pm in La Salle this Saturday evening.