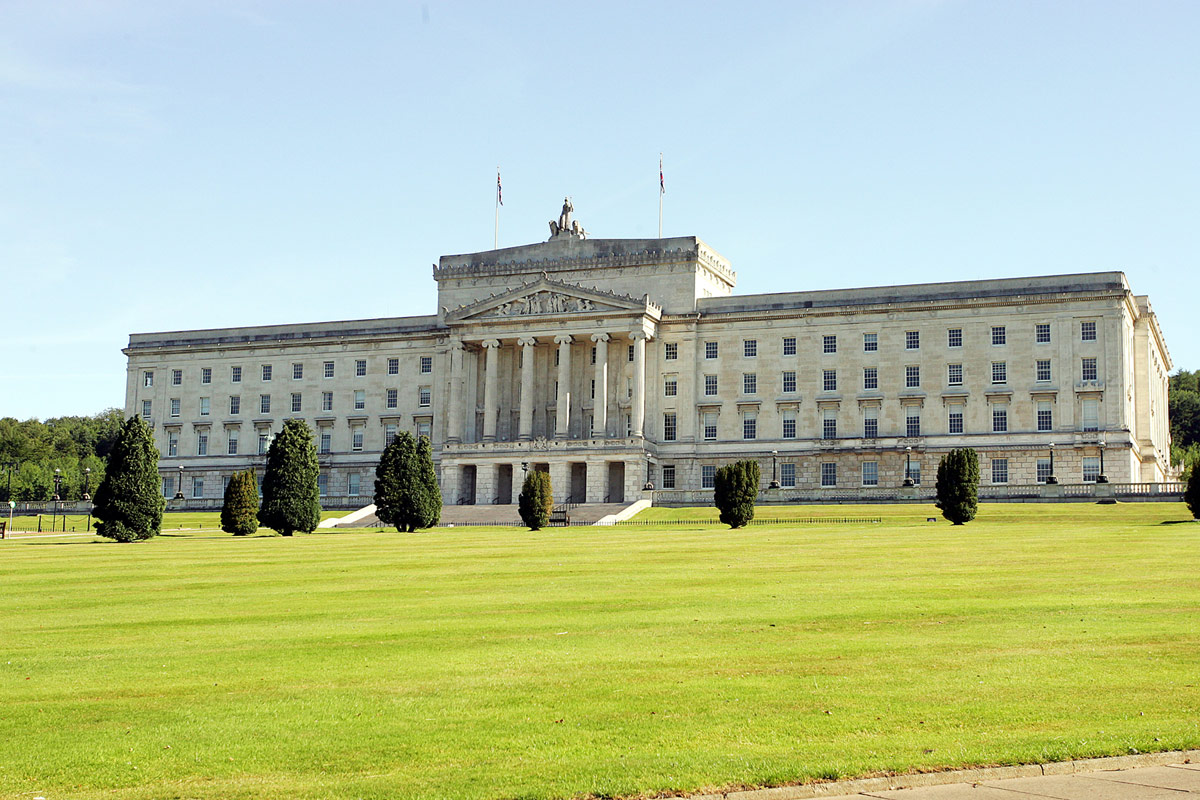 DURING a radio debate last week ahead of the DUP conference, a caller did what’s called the local politics 147 – he referred to both Stormount and Westminister in the same sentence. The Belfast mispronunciation of the names of these two august institutions is by no means unusual – indeed it could be argued that more people get it wrong than get it right. But it’s always a joy to Squinter to hear them both said in the one breath.

Struggling with fairly straightforward words is nothing new. When Squinter was at school it seemed half the boys in his class were called Joseph, except that nobody ever called them by their correct names; they were always Jophis. Plenty of Charleses in and around the Grosvenor too, only they invariably got Charliss, which wasn’t so much a mispronunciation as a local affectation.

Spaghetti Bolognese wasn’t as big a feature of the West Belfast culinary scene way back when as it is now, the only spaghetti we ever encountered was the tinned variety. Whatever version was on the table, the three-syllable Italian word was a Bridge of Sighs too far for we Lower Whack urchins – to us it was (and to some will always be) pasketti.

Turlets have gone thankfully, and nowadays we have our toilets back. It seems to Squinter that the hard-core Belfast accent that produced such a rich subdialect is very much on the wane, confined now to a few districts close to the city centre – the lower Falls and Shankill, the Grosvenor, Carrick Hill, Sandy Row. The five miles that separate the Grosvenor from the outer limits of West Belfast may be only a twenty minute bus ride, but even in that relatively short distance the difference in accent is marked. It’s not that surprising when you learn that the ‘Ballymena-Lite’ Antrim accent extends as far down as Tornaroy, a five-minute drive from where Squinter sits.

As a fellow with a foot in both camps, Squinter has complex linguistic habits. At work and at home it’s now, window, shop and nothing, but, as his children delightedly point out, when Squinter’s in a social setting with old friends, it’s nigh, windy, shap and nathin’. (The now word is particularly interesting as many older Belfast residents adopt the aspirational nar as they try but fail to stop saying nigh and start saying now.)

There’s a university thesis in this somewhere, Squinter feels. Site-Specific Linguistics. Or as they say in Belfast, site-pacific.