Strength in depth the key 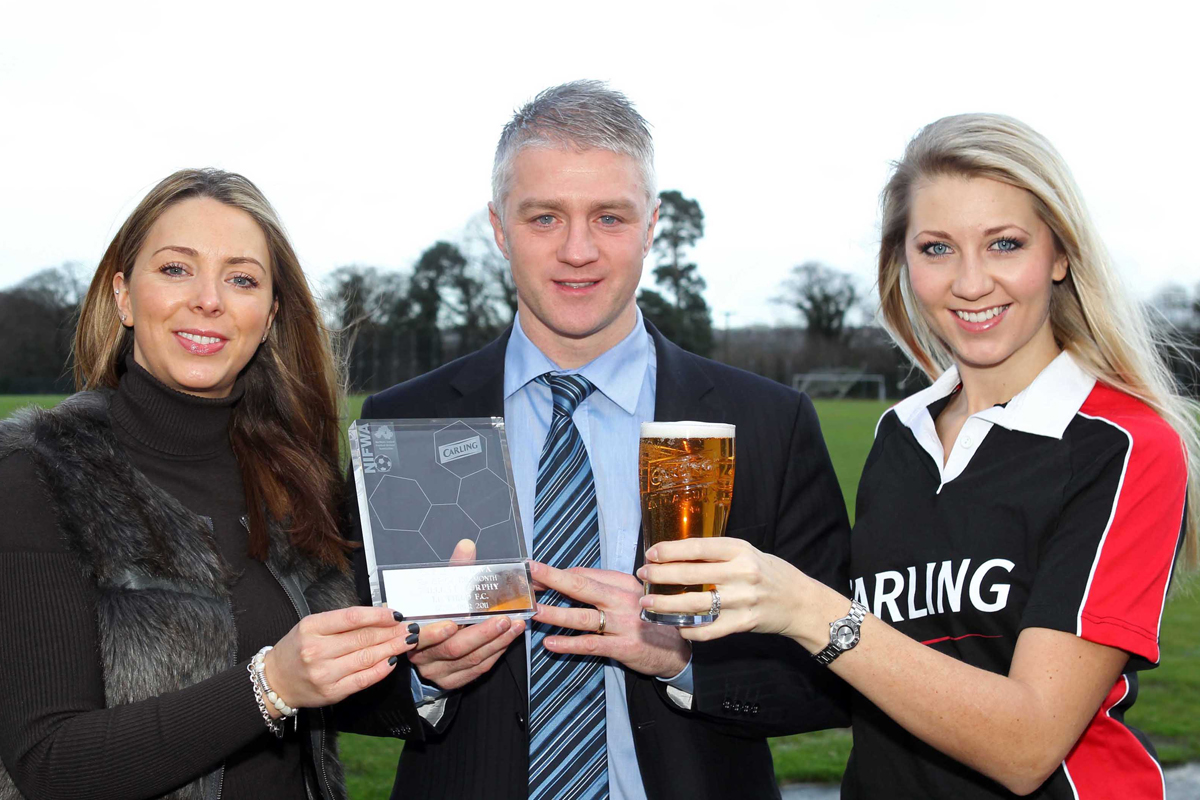 Linfield spoiled Glenn Ferguson’s first match in charge of Ballymena United by beating the Sky Blues 2-1 at the Showgrounds on Saturday afternoon. Peter Thompson continued his goal scoring spree by netting both of the away side’s goals either side of Allan Jenkins’ long-range strike for Ballymena.

Victory ensured that Linfield’s cushion at the top of the Irish League table stretched to seven points as closest rivals Portadown conceded a last minute equaliser away to Glentoran.

This means that Linfield are heavy favourites to win the league once more, and one reason the Blues have flexed their muscles so successfully over the course of this league campaign has been due to their strength in depth.

This became evident again on Saturday as out went captain Michael Gault and the on-form Michael Carvill, both of whom dropped to the bench, and in came Chris Casement and Rory Patterson – a reported target for Derry City. The remainder of the league campaign doesn’t promise much for the Braidmen, who look unlikely to finish in the top six and yet are safe from any real concerns over relegation.

The replacement of former manager Roy Walker with Glenn Ferguson should see an overhaul of the playing staff, as the ex-Linfield legend hopes to make his mark on his new club – his first in management. He has already drafted in former teammates Lee Doherty and Norman Kelly as part of his coaching staff. Describing the club as a ‘sleeping giant’, he will hope to bring in one or two recruits this transfer window before seriously setting about strengthening the squad in the summer.

For Linfield meanwhile, the season still promises much and they overcame this tricky encounter to make it four wins out of four against the mid-Antrim team this season.

Both sets of coaching staff received warm applause from the large travelling support prior to kick off, but as soon as the game got under way all old ties were forgotten.

Only 12 minutes had elapsed when Peter Thompson got his third goal in four matches since his return from his lengthy injury lay-off.

The goal involved all three forwards on show – Patterson releasing McAllister down the right, who whipped in a low cross which Thompson converted past a helpless Drummond in nets.

It took the home side a mere six minutes to respond, as skipper Allan Jenkins picked up the ball 25 yards out from goal and hit a low, rasping shot that beat a struggling Addis, who was still standing in for regular Alan Blayney.

Addis will be disappointed he didn’t keep the strike out, but it was a fine long-range effort from the Scot who led by example the whole game.

Linfield got their noses back in front early in the second half. Billy Joe Burns and McAllister linked well down the left, and the ball somehow went in off either Thompson or Ballymena centre back Davy Munster. TV replays remain inconclusive, but Thompson will certainly be looking to claim it. It was a scrappy goal in what was a scrappy game, and yet again Linfield may have slightly underperformed but managed to claim all three points.

The Blues have another week until their next match which will be at home to Championship 2 outfit Ballyclare Comrades on Saturday at Windsor Park in the Irish Cup.