TDs and senators on the Shankill 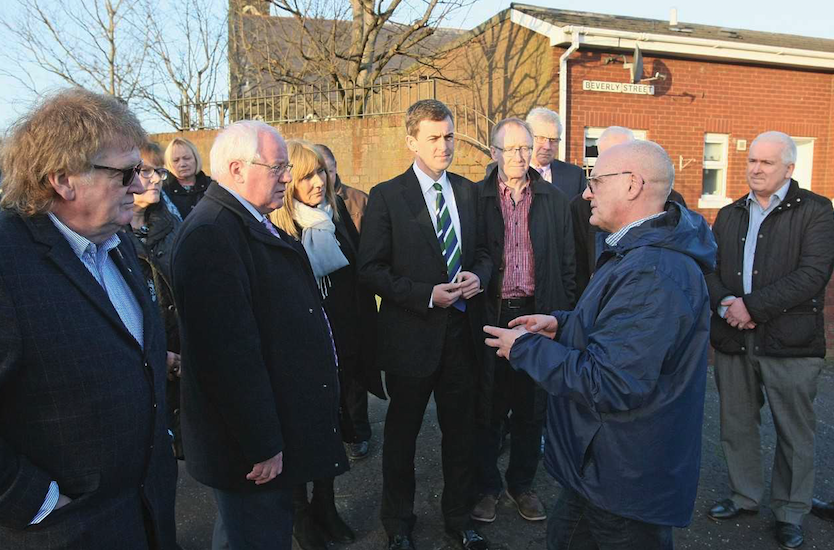 A delegation from Leinster House was given a walking tour of the Shankill on Tuesday after accepting an invitation by a grassroots loyalist organisation to discuss how the Good Friday Agreement has been implemented.
The senators and TDs, who are members of the Oireachtas Committee on the Implementation of the Good Friday Agreement, were taken from the lower Shankill Community Association offices to the interface gates at Northumberland Street. They also visited the Cultúrlann on the Falls Road.
“We were delighted to welcome the Irish senators and TDs to the Shankill,” said Shankill community worker Ian McLoughlin. “It is a follow on from previous engagements we have had and will continue to have in the future.”
The visit to the Shankill was organised through the Learning, Engagement, Growth and Succession Intervention project (LEGaSi), a Co-operation Ireland funded programme aimed at facilitating people within Protestant, unionist, loyalist areas to help strengthen their communities.
The delegation also visited Irish language groups Glór na Móna and An Dream Dhearg on Wednesday.
Chair of the Oireachtas Committee on the Implementation of the Good Friday Agreement, Sinn Féin TD Sean Crowe, said: “We are up here to listen.
“We probably all have preconceived ideas about how we can solve our problems but at the end of the day it's by listening to people and engaging in dialogue that is the way forward."
Dr Alan Largey from Co-operation Ireland added: “We are very happy to follow on the conversation that began when the LEGaSi group visited the Dáil last May and look forward to a continuation of the constructive dialogue with the Committee.”