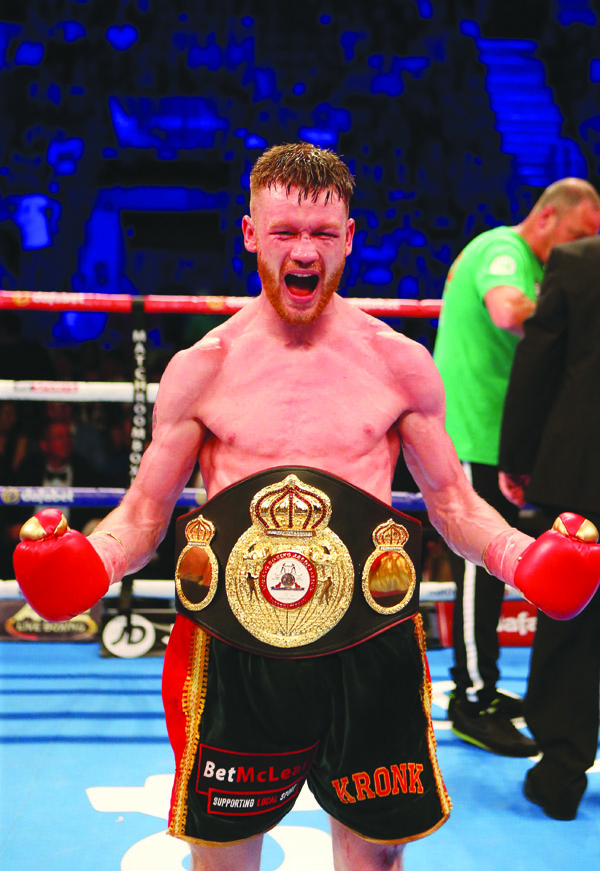 JAMES Tennyson has landed a shock world title shot as it has been confirmed he will face IBF super-featherweight champion, Tevin Farmer at the TD garden in Boston on October 20.
The 25-year-old Poleglass puncher had been expected to defend his European title against Frenchman, Samir Ziani, but it emerged late last night that ‘The Assassin’ will be the first defence for Farmer who won the vacant title against Billy Dib in Australia earlier this month.
It is a huge opportunity for Tennyson on the Matchroom USA card headlined by Billy Joe Saunders’ WBO middleweight title defence against Demetrius Andrade and will also feature Katie Taylor who puts her WBA and IBF lightweight belts on the line against Cindy Serrano.
“I’m over the moon,” said Tennyson from Dublin Airport this morning before he stepped on a flight to Boston for the press launch.
“It doesn’t get any bigger than this, so you have to snap these opportunities up, the opportunity of a lifetime.”
Tennyson has been on a fantastic run of late, scoring some big wins to manoeuvre himself into the world title mix.
After losing a British featherweight title fight against Ryan Walsh in April 2016, he moved up to super-featherweight and blossomed, stringing together six straight wins including victories over Declan Geraghty, Ryan Doyle, Darren Traynor and, most recently, Martin J Ward when he added the European and Commonwealth titles to the WBA international.
While Tennyson is the huge puncher, Farmer (26-4-1) is more of a boxer, a better version of Geraghty who has had to bounce back from adversity in his own career.
Having lost four and drawn one of his first 12 contests, the 28-year-old Philadelphia native is unbeaten in 19 although prior to his title win over Dib he lost to Kenichi Ogawa for the vacant title before the result was changed to a no-contest after the Japanese later tested positive for androstanediol.
It sets up an intriguing clash on October 20, but with Tennyson’s confidence sky high and a huge punch in his locker, the West Belfast man is confident he can get the job done.
“It’s a very winnable fight,” he added.
“I have watched his career when he was on the rise and I fancy myself to beat him. I’m really confident about this.
“I’ll have a good, hard training camp, go out and put a performance and I can see myself coming back with a world title. That will make training camp that much easier.”
His manager, Mark Dunlop, agrees with his charge and says he is proud of Tennyson who he has managed from day one and guided him through setbacks to the cusp of world glory.
“This is a very winnable fight,” he said.
“Fair play to Eddie (Hearn, promoter), he pulled out all the stops to get it.
“Farmer is getting well paid as it’s not the easiest defence for him, but they believe in James like I do.
“We are delighted. James has worked hard for this and has never given up, so it’s unbelievable for us all.
“Eddie is making a statement in America and James has what every fighter wants and every promoter wants – that’s a big dig. You go into any fight with a chance when you’ve got what James has. He’s worked hard for this and he deserves it.”