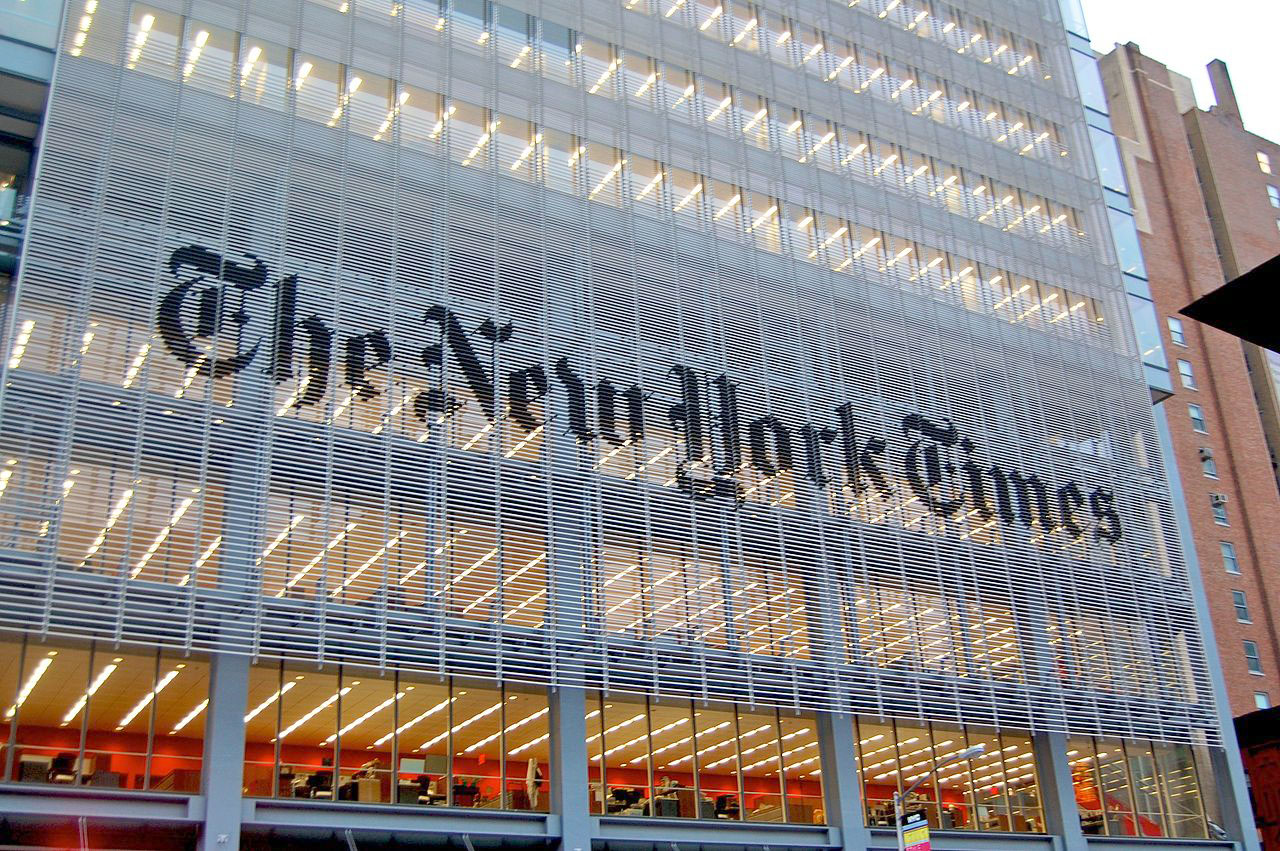 Back in the early days of 1989, another century and, in terms of media and communication, another epoch, the failure of the New York Times to report the assassination of Belfast attorney Pat Finucane was itself a story. But it was a slow burner.

Days would pass after the murder, days would pass after the funeral, and days would again pass before a gathering of prominent New York political and legal figures literally scrambled aboard a flatbed trailer parked outside the then New York Times building and roared at it with a megaphone passed from one set of angry hands to another. The next day, however, there was not a word in the Times about the protest, nor of Pat Finucane.

Perhaps, given the typical Manhattan din at street level, the loud words of protest had not been heard behind the windows and walls of the Times building. That’s a stretch. But one thing for sure is that today, windows and walls offer no barrier to uproar and protest. And you don’t have to stand outside a newspaper’s offices with a bullhorn to be heard.

The Times heard it loud and clear when one of its initial stories on the Berkeley balcony collapse seemed to suggest that the dead and injured Irish students had contributed to the tragedy by virtue of their behaviour – this while fast emerging evidence clearly pointed to a structural fault in the balcony itself. Unlike the Pat Finucane case, the Times had exposed itself to Irish and Irish American criticism not by what it failed to write, but rather what it did write. And unlike 1989, the paper immediately had to acknowledge the sudden torrent of digital and online criticism and issue a statement defending itself.

That statement said in part: “We understand and agree that some of the language in the piece could be interpreted as insensitive, particularly in such close proximity to this tragedy. It was never our intention to blame the victims and we apologise if the piece left that impression. We will continue to cover this story and report on the young people who lost their lives." New York Times public editor, Margaret Sullivan, meanwhile, said that while the piece in question was “insensitive, it would most likely not be removed from the Times website.

Of course, the criticism was impossible to ignore for more than just reasons of sheer volume. It was also a case of who was voicing the criticism, and the attention these individuals would inevitably attract. Taoiseach Enda Kenny joined in the chorus, as did former Irish president Mary McAleese, and Ireland’s Ambassador to the United States, Anne Anderson. And huge numbers of just regular people, not a few of them Times readers in the U.S. and beyond.

Another clear difference between 1989 and 2015 (certainly a matter worth studying in journalism schools) was how the Times was unable to control the venting of criticism as it might have done in the pre-digital age. By not reporting the street protest in 1989, the story of the protest was, in broad audience terms, effectively spiked. And just as there was no reporting, there were no letters or op-eds carried by the Times in the immediate days that followed.

On Thursday of last week, the Times did carry two letters to the editor critical of its Berkeley report, a story that seemed to apportion blame to the victims of the tragedy by linking it to an instance of rowdy behavior by Irish J-1 students in the past. But the two published letters were not the only ones that would be widely read. These days, a letter to the editor doesn’t have to land on the letters page to make its point to an audience. Mary McAleese, through an array of media outlets, delivered the sentiments contained in her letter – even though it had not been published in the Times

Wrote McAleese in her letter, to the world as much as the Times: “Today the New York Times should be hanging its head in shame at how outrageously and without the remotest evidence it has rushed to judgment on those deaths… within hours of the most appalling tragedy in the history of the J-1 visa programme, when the one salient fact to speak for itself is the ludicrous collapse of a fourth floor balcony in a relatively new building, New York Times journalists reached for the lazy tabloid stereotype and heaped deliberate injustice on top of the most awful grief.”

Ambassador Anderson, in her letter to the Times, criticized the offending report as being insensitive and inaccurate. Anderson wrote in part: “At such a time, we found some of the language in your article today both insensitive and inaccurate. No-one yet knows what caused the collapse of the fourth-floor balcony; the matter is under urgent investigation by structural engineers. The implication of your article – that the behaviour of the students was in some way a factor in the collapse – has caused deep offence. It is quite simply wrong to say that the J1 visa program is ‘a source of embarrassment for Ireland’. On the contrary, we are fully supportive of this programme and we know that it brings enormous mutual benefit.

“Yes, there have been isolated incidents of the type to which your article refers. But they are wholly unrepresentative. At this time of searing grief, the messages of condolence and offers of support which are flooding in to the Embassy and our Consulates are balm to the soul. They reflect far more accurately the feelings of the American people than does your article.”

Not surprisingly, the porous nature of today’s media/social media meant that the criticism of the Times would be reported elsewhere. Wrote Keith Kelly in his New York Post ‘Media Ink’ column: “The New York Times was besieged with angry calls over its coverage of a balcony collapse in Berkeley, Calif., that killed six Irish students who were in the country on a work-study visa exchange programme. In the second paragraph of its June 16 story, the Times wrote: ‘The work-visa programme that allowed for the exchanges has in recent years become not just a source of aspiration, but also a source of embarrassment for Ireland, marked by a series of high-profile episodes involving drunken partying and the wrecking of apartments in places like San Francisco and Santa Barbara.’”

Kelly reported Times public editor Sullivan as saying: “By [Wednesday] morning, editors and reporters were well aware of the storm. I talked to the national editor, Alison Mitchell, whose staff wrote and edited the story. She told me that she regrets that readers believe the Times set out to blame the victims, which was never the intention. If she had the chance to edit it now, Sullivan noted, she would have removed some key passages from the story, including the one mentioned above.”

There might be second acts in American life, but second chances in the age of instant reporting are like the news cycle itself: fleeting.