The nuts and bolts of unity or unionism 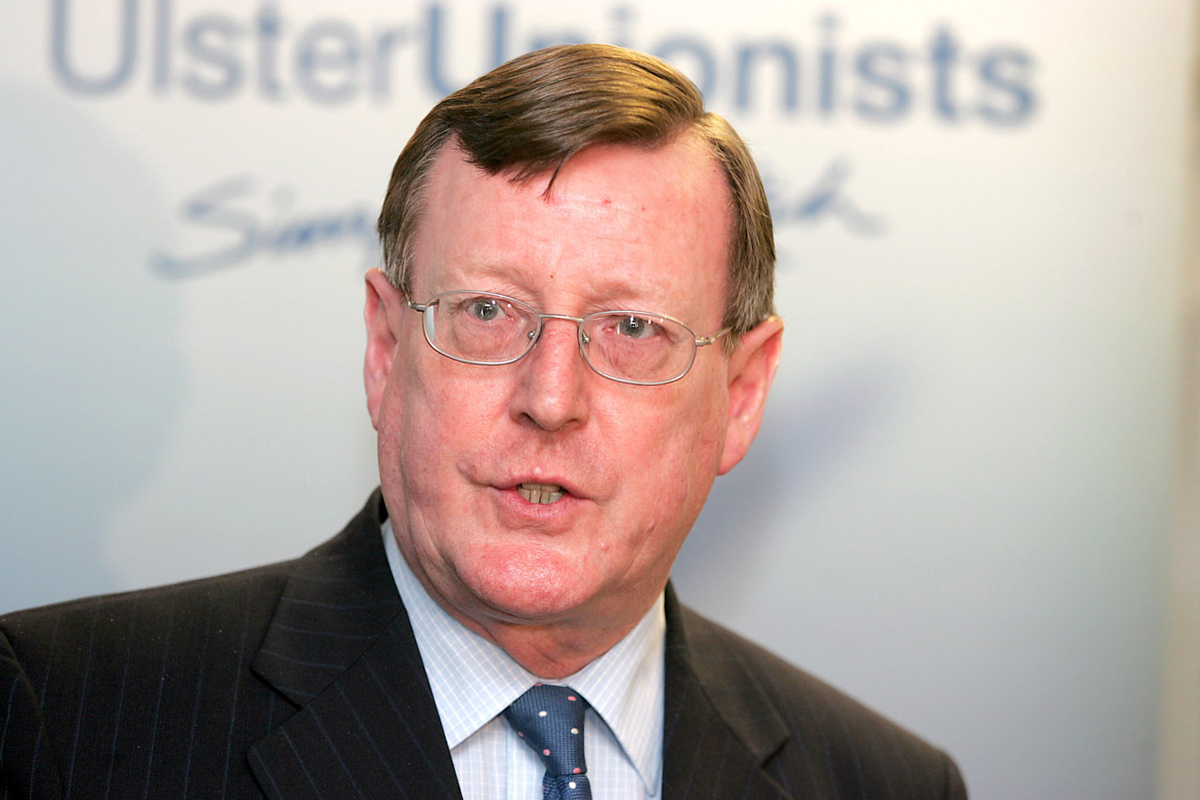 Do you miss David Trimble? Me neither. I interviewed him once a long time ago. As I waited, he moved around the UUP headquarters in that nervy way he had, softly whistling (no, not ‘The Sash’) some classical piece, perhaps an aria from an opera, but definitely nothing common. The interview? Can’t recall a word of it, except one point where he was passing judgement on somebody. “I’d give his performance, mmm, a Beta +”.  Not a B+, you note – a Beta +. So much more, um, Greek and scholarly.

Anyway, David now breathes the elevated air of the House of Lords but he descended briefly a while back to deliver another judgement. He doesn’t believe Peter Robinson was actually courting Catholic voters with his recent attendance at GAA games and talk about integrated education: he was actually courting, without saying it, Protestant liberal voters. Except it won’t work, in David’s judgement: “I am doubtful as to whether the DUP can change its character to the extent that Robinson suggests”.

The good Lord may have got that one right. The DUP didn’t get where it is today by being nice to Catholics or courting their votes, so you can’t expect them to leap out of their never-trust-a-fenian trenches just like that. And while it’s true that Peter Robinson has worked hard to change that image, it’s doubtful if many Catholics will be sharp-elbowing their way to scratch an X beside the DUP candidate’s name at the next election.

At the same time it’s a bit rich for the good Lord to be snooty about the DUP’s approach to Catholics. He himself used to lead a party that created and maintained this statelet on a policy of keeping croppies horizontal. And yes, Trimble did concede a while ago that the north had been a cold house for Catholics. But was that one of his planks when he was vying for UUP leadership? Hardly. After all, the people in charge of the heating system here for half a century was the Ulster Unionist Party. The words kettle, black and pot come to mind.

Tell you what might help, though: if we all made a resolution – not Lenten but life-long – that we would never use the word “Protestant” when we really meant “unionist” or the word “Catholic” when we meant “nationalist”. That way, it’d be clearer that Peter Robinson was talking about persuading nationalists to become unionists. And the other way round too: we should stop talking about helping Protestants see what their place in a united Ireland would be, but talk instead about the place of unionists. After all, we’re dealing with politics here, not theology.

I’m not suggesting this as an advocate of unionist or nationalist unity, although like Christianity, it sounds like a good idea. I’m keen for us to use the unionist and nationalist tag because it might encourage people to start thinking about what the union means and what they value/dislike about it.

That’s what’s happening in Scotland at the moment, and that’s the reason the good Lord’s party – he’s a Tory nowadays, isn’t he? – the reason the Conservatives are in a tizzy about Scotland. Once the Scots start thinking about the value of their relationship with the country next door, the whole union starts to tremble.

You’d like a starting point for such thought about our own relationship with Britain? OK. Start with getting politicians to provide some hard, independently-verified data on the duplication of services North and South. Let’s stop accepting “Of course such duplication is a waste of money” or “Duplication doesn’t really cost extra.” Some data, please. Once that’s clarified, maybe we could get a few facts and figures about the difference between the block grant we get from Westminster and the taxes we put into the coffers of the British exchequer each year. Yes, there’s a vision thing to the united Ireland project. But there’s also the greasy nuts-and-bolts of it all. Time to get down to business.