THEATRE REVIEW: Stones In His Pockets is back at The Lyric and better than before 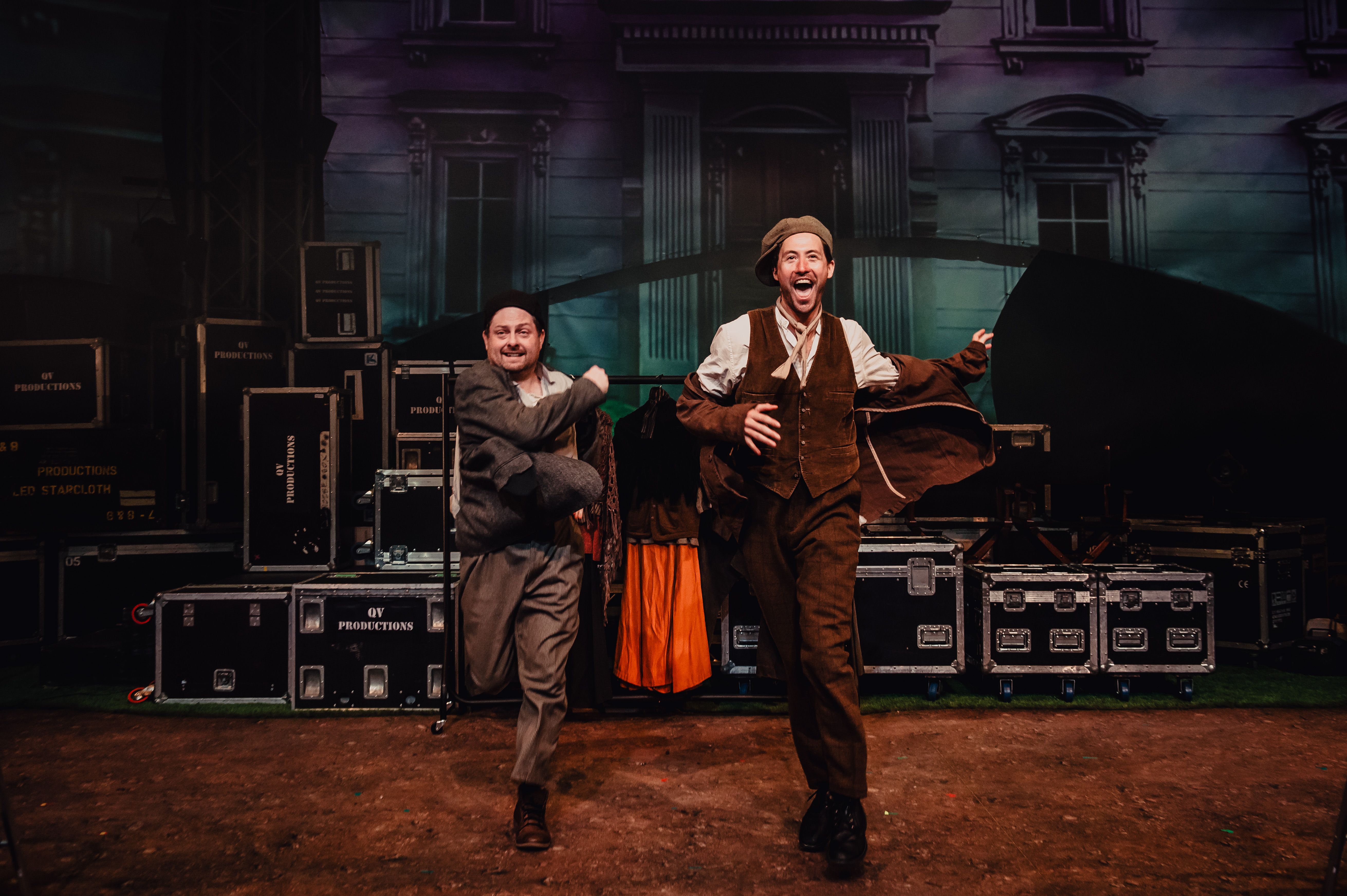 TRIUMPH: This latest production of Stones In His Pockets is set to leave audiences spellbound

“PEOPLE don’t go to the movies to get depressed; that’s what the theatre is for” is probably one of the stand out lines from Marie Jones’ multi-award winning Stones In His Pockets, and the staging of this latest performance by The Barn Theatre – with canvas screens forming the backdrop on which snippets of pre-recorded film are projected – is the perfect juxtaposition to the emotional strains felt by the audience.

Having originally debuted as part of the 1996 Féile an Phobail, Stones In His Pockets has gone on to have global success with original actors Sean Campion and Conleth Hill taking it to the heights of London’s West End and Broadway. Sitting in the Lyric Theatre as the newly modernised production began, it is easy to see why it has been a timeless hit.

Set in rural County Kerry, Stones In His Pockets tells the story of how a small town becomes wrapped up in the glitz and glamour of Hollywood as the stars arrive to film in the area and most of the locals are cast as extras.

When a tragedy takes hold within the small town, the impact of the production on the local community quickly becomes apparent with Tinseltown's romanticised idea of rural Ireland  a long way from reality.

It is clear that this play was definitely before its time. Not only does Belfast and the North now have a bustling film industry and it is not unusual to know someone who has been an extra in recent years – making the plot all the more relatable – but the theme of male mental health and the impacts of suicide would have been taboo subjects when the play premiered over 25 years ago.

Despite only having a cast of two actors, audiences are left in awe as Gerard McCabe and Shaun Blaney transition effortlessly between a multitude of characters who will have you both laughing and crying within seconds of taking to the stage.

McCabe’s main character, Charlie Conlon is a former DVD rental store owner who has succumb to the impact of video streaming services and gone out of business. While Blaney plays Jake Quinn, a Kerry native who has recently returned home after emigrating to America only to find himself homesick.

Director Matthew McElhinney, son of Marie Jones and original director Ian McElhinney, has taken his parents' work and created a masterpiece for the 21 century. Having modernised the script and introduced new audio-visual technology, this latest production is sure to leave audiences spellbound as the world of the movies and theatre are fused together before your very eyes.

I must admit that I have never seen a production like this. With a star studded line-up of pre-recorded ‘extras’ including Liam Neeson, James Nesbitt and some of the Derry Girls, it is clear to see why the audiences were on their feet in a standing ovation before the curtain call had even began.

I dare say that I will be going back to The Lyric to see this production again before its run ends.