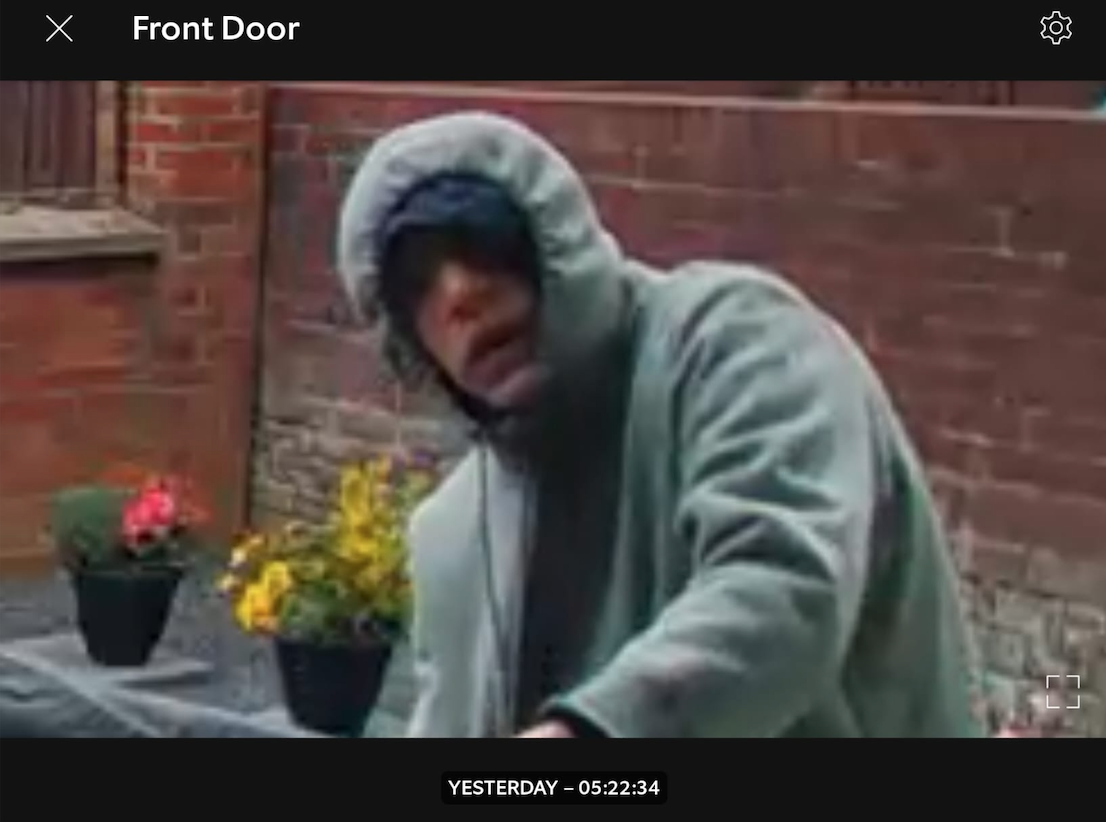 CAUGHT ON CAMERA: A CCTV still of the would-be thief who entered Sean's property on Saturday

A TURF Lodge man has told how brazen thieves tried to steal his motorbike twice in two days.

Sean Loughran released CCTV footage of the criminals who separately targeted his vehicle on Norglen Gardens in the early hours of both last Saturday and Sunday morning.

Footage captured on Saturday morning (June 11) shows a man enter Sean's front garden where he proceeds to remove the rain cover from his bike.

"He went to wheel the bike off but he didn't realise there was a disc lock on it, so the bike fell and hit my door," Sean explained.

"He came back about 10 minutes later and he was actually trying to lift the front wheel up so he could wheel it out, but he couldn't get it."

Sean further secured his bike by anchoring it to his property with the another lock.

On Sunday morning (June 12) a group of three came to Sean's property in an attempt to steal the motorbike. One hood is caught on CCTV as he attempts to tear down the doorbell camera on the property.

He is seen leaving the garden and heard telling his accomplices "there is a big f***ing lock on the back of it (the bike)".

"At this stage my neighbour shouted at them and they run," Sean said. "He came and got me and I ran into the park to see if I could see them."

Sean believes that the two incidents are linked to a known gang of hoods.

"I'm getting text a lot of names of ones who are regularly stealing bikes," he said.

"A girl messaged me and said that they stole her partner's bike, and then when they found out she had their names they were threatening to burn their house down."

He added: "I've lived in Turf Lodge all my life so I'm well used to hearing about it, but it's not nice when it's your own garden."