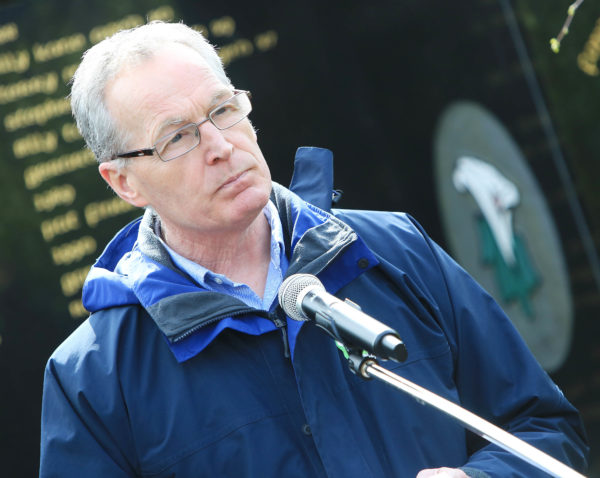 Sinn Féin’s Gerry Kelly has told Daily Belfast a move by British Prime Minister Theresa May to insert a new clause on legacy issues to discussions is “completely unacceptable”.
Yesterday Gerry Adams emerged from talks saying that at attempt had been made to alter the 2014 Stormont House Agreement with a new clause protecting British army members and the RUC from prosecution from historical allegations.
Gerry Kelly, who is Sinn Féin spokesperson on policing and justice, echoed the comments of his leader who said the move was an “act of bad faith”.
“After ten months of negotiations James Brokenshire was to send out a consultation on the victims issue as part of the Stormont House Agreement which didn’t happen,” he said.
“What the British government is doing now is grafting on a section that would install a statue of limitations on the prosecution of state forces which is basically an amnesty. None of this was agreed and they didn’t consult us or the Irish government.
“This has been put on by Theresa May and is an act of bad faith on the part of the British government. It is completely unacceptable. She may think these issues are small but they are very far from small.”
The shock development followed the Prime Minister’s assertion that an agreement was within reach.
“I made clear the determination of this government to re-establish the fully functioning, inclusive devolved administration that works for everyone in Northern Ireland,” she said.
“I also reiterated our steadfast support for the Belfast Agreement and its successors. For their part both the DUP and Sinn Féin expressed their commitment to seeing Stormont back up and running.
“From our discussions it is clear that the issues dividing the parties are relatively small in number, focusing mainly around culture, legacy, identity and the future stability of the devolved institutions.
“While not in any way underestimating the challenges involved, I believe that a way forward can be found and an agreement reached.
“It is therefore imperative that the parties re-engage in intensive discussions next week aimed at resolving the outstanding issues so that the Assembly can meet and an Executive be formed.”