WATCH: Next stop is Best of the West for Translink 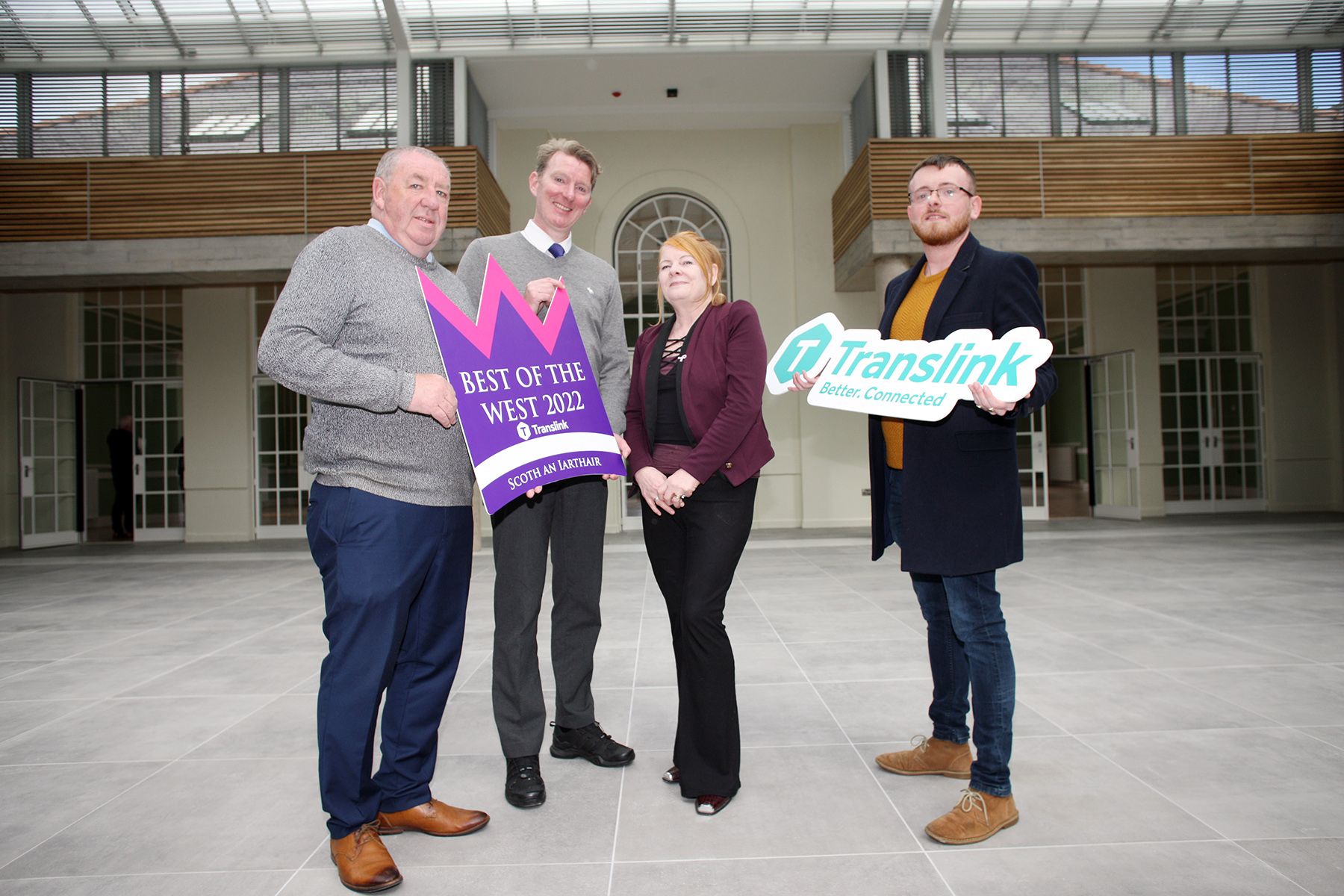 THE Best of The West awards are back and once again, Translink have come on board as our lead business partner.

The event which will take place in the newly redeveloped St Comgall’s Primary School on 1 July, will showcase 24 of West Belfast’s most popular services, products and individuals over the past year.

Translink’s Belfast area manager, Damien Bannon said that they are more than delighted to be supporting the Best of The West awards once again.

“We are very delighted to be part of Best of The West and to sponsor it for a further year,” he said. “Translink’s strategy is about climate action, business improvement, customer service and importantly about connecting communities.

“There is no better way to do that than to be part of an awards ceremony which celebrates the community and the businesses within that. We are once again delighted to be part of that process.

“We have been part of these awards for a number of years now and they have been going from strength to strength.”

Once again this year, the Best of The West awards will recognise a Translink team member who has gone above and beyond.

Commenting on that, Damien said that the awards create a real buzz within the depots.

“All of our staff members have had a challenging couple of years due to Covid but we are coming out of that now and things are getting back to normal.

“We do internally recognise our staff but we are really excited to be able to do that publicly and to get members of staff nominated.

“It really does create a buzz in the depots with our drivers, our cleaners and our inspectors who have been on the front line, it is a great way of recognising their contribution and helping our business improve.”

A new award for this year recognises a new small business on the Translink route. Discussing why this was an important award for Translink to sponsor, Damien added that these local businesses are really at the heart of the local community.

“Along the Falls Road here and further into West Belfast we have a lot of newly opened independent businesses. We have coffee shops and ice cream parlours popping up day-by-day and week-by-week.

“There is a really attractive offering along the route and we are key to bring people to those businesses while encouraging people to get out and use the bus, nudging them away from the car.

“When people are going down for that coffee or ice cream we are trying to encourage them to use the bus to do that.”

Once again, Translink are also sponsoring an award for the best visitor attraction on the Translink route.

On that, Damien said: “We all know that it has been a very difficult and challenging few years during the pandemic. Tourism has probably taken a bigger hit than most.

“It is great to see that these awards will take place on the Falls Road in St Comgall’s, a brand new visitor attraction on our corridor.

“There is so much to offer on the Falls Road corridor with the culture and heritiage of the Gaeltacht Quarter, the Kennedy Centre with their growing retail offering, the café culture in Andytown and then further out in the Colin area where you have got the Colin Glen Forest Park with their new attractions.

“There is so much to do and so much to visit. We at Translink want to encourage people to do that.”

Nominations for the Best of The West awards close on 22 May.